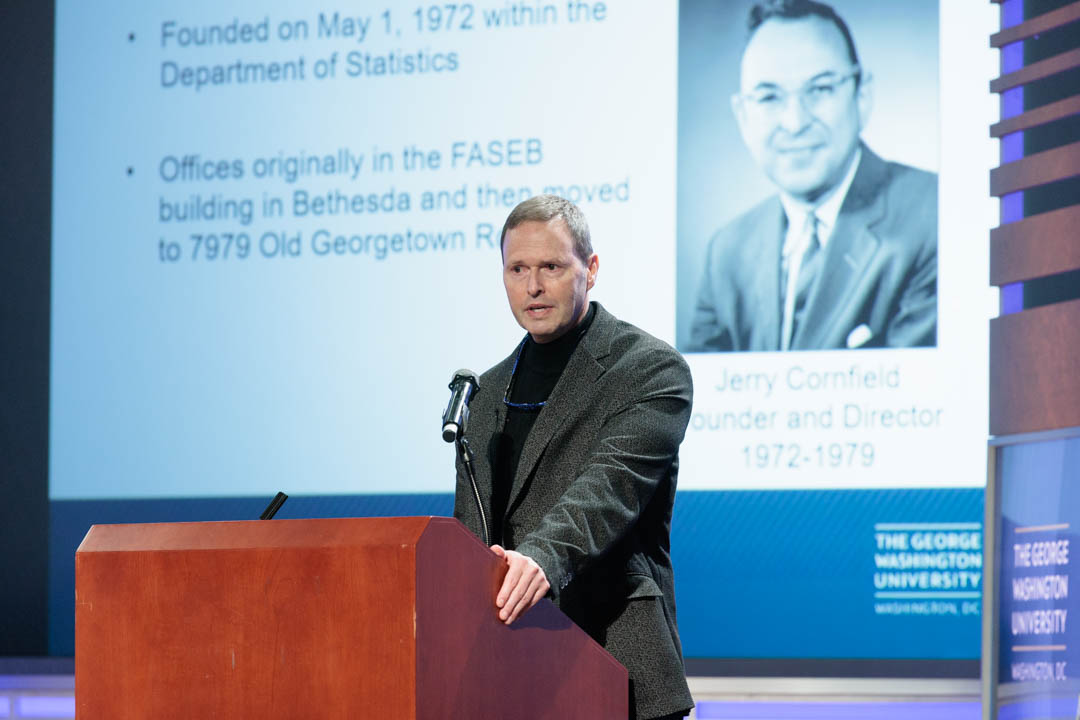 Scott Evans, director of the Biostatistics Center, speaks at its 50th anniversary symposium. “There’s a lot to celebrate," he said. (William Atkins/GW Today)

The Biostatistics Center of the George Washington University’s Milken Institute School of Public Health hosted its 50th birthday party last Friday in the Jack Morton Auditorium, celebrating a half-century of distinguished achievement. Associates and friends of the center gathered for a symposium in which the center’s impressive track record was reviewed in sessions densely packed with information.

GW President Mark S. Wrighton made introductory comments congratulating the Biostatistics Center’s staff and associates for five decades characterized by “transformational research that really matters.” For 50 years, Wrighton said, research conducted by the center has made a positive and highly consequential impact on the treatment and care of diabetes as well as on maternal-fetal medicine, infectious disease and in other critical areas of medical science.

“In those 50 years, stunning advances have occurred in science enabling people to have better lives,” Wrighton said, “and this center has contributed very significantly. Your contributions to developing new knowledge have vastly improved the quality of life for millions of people, not only domestically, but also around the world.”

The development of new knowledge, Wrighton said, is what characterizes a research university. The Biostatistics Center, he noted, is the largest research center at GW.

“Most people can learn anything that is already known,” Wrighton said, “but the excitement of being at a research university is that we have the opportunity to create new knowledge that can bring benefit to many people all around the world—and you’re doing just that here at the Biostatistics Center.”

Another exciting facet of the center, Wrighton said, is that it attracts talented people at all career levels, from students just starting out on their professional path to highly accomplished professors and researchers.

Wrighton was introduced by Milken Institute SPH Dean Lynn Goldman. Like the president, she offered words of praise to Scott Evans, director of the Biostatistics Center, and his predecessors and associates.

“Over the years,” Goldman said, “the Biostatistics Center has attracted brilliant principal investigators who have allowed GW to be engaged with so much incredible research that has made an enormous impact on public health.”

Evans, who is also founding chair of the Department of Biostatistics and Bioinformatics at Milken Institute SPH, summarized the center’s history and suggested that it can look ahead to an equally bright future.

“There’s a lot to celebrate: practice-changing studies, growth in careers and education of students,” Evans said, before tracing the impact of the center since its founding in May 1972. That year, Evans added, saw the launch of NASA’s Space Shuttle program; the first handheld calculator went on sale for a price of $395; and “The Godfather” was in movie theaters. He then spoke of the vision of the center’s founder, the late Jerry Cornfield.

“He believed that the role of statistics in scientific collaborations was central, not auxiliary,” Evans said. Cornfield’s vision for the center was to provide statistical leadership in major medical research projects, to conduct research in statistical methodology and to educate graduate students.

For 30 years, Evans said, the center was housed in the Department of Statistics, until moving in 2002 to the office of the vice president for research. In 2016, it moved to the Milken Institute SPH.

Evans saluted many other renowned current and former associates of the center and spoke about how the center has changed over time. The decades have seen growth in the diversity of the center’s projects and in its faculty and staff, Evans said. It now benefits from association with faculty from multiple departments.

The center’s work has been widely recognized, Evans said, and cited in reports to the U.S. Congress and to the president and featured in Time magazine, in clinical research forums top ten awards, and in People magazine. The center has made profound contributions to the national conversation on public health topics of overwhelming interest, including maternal-fetal medicine, opioid addiction, cardiovascular disease, hypertension, cancer and arthritis, among many others.

One of the emerging topics of concern being studied by the center is antibiotic resistance. Annually in the United States, according to the Centers for Disease Control and Prevention (CDC), at least 2.8 million people acquire serious bacterial infections that are resistant to antibiotics intended to fight such infections. At least 35,000 patients die as a result. The center’s Antibacterial Resistance Leadership Group (ARLG) is working to expand the efficacy of drugs and treatments, including the use of phages (bacteria-eating viruses), and the speed at which diagnostic information is available to treat patients.

A key player in the fight against diabetes

Perhaps the center’s greatest contribution to date has been its key role in combating diabetes and updating the standard of care for patients. In the first of several panels throughout the day, the center’s work in connection with the various types of this disease was summarized and celebrated.

Panelists brought a wealth of historical and clinical knowledge to the discussion. They included David Nathan, director of the Diabetes Center at Massachusetts General Hospital and professor at Harvard Medical School; John Lachin, GW research professor of biostatistics and bioinformatics and of statistics; and Griffin Rodgers, director of the National Institute of Diabetes and Digestive and Kidney Diseases (NIDDK).

The historic and exciting growth in medical knowledge of the disease was traced by Nathan and Lachin. The center’s work, Rodgers said, has played a major role in the fight against diabetes, increasing lifespan and raising quality of life for patients. It has led to decreased incidence of complications such as visual impairment, renal failure and stroke, among others.

The center’s landmark studies, including the Diabetes Control and Complications Trial (DCCT) and its follow-up study, the Epidemiology of Diabetes Interventions and Complications (EDIC) study, have significantly increased knowledge of the disease, showing that it is not inevitable, and allowed physicians to better forecast outcomes for their patients.

“Beyond the science, there really is drama,” Lachin said. Part of the drama revealed in the panelists’ discussion showed that the unsung heroes of diabetes studies are the loyal patients who submit to being studied over the course of multiple decades—and the nurses who work with them most directly.

Most drug approval trials, Lachin said, last for only six to 12 months, but long-term studies are more valuable. Nathan agreed, adding that the design of studies is critically important for the development of knowledge. Studies comparing the efficacy of treatment options, for example, are preferable to studies focused only on evaluating one treatment. (Most drug development trials test a single drug against a placebo control, rather than comparing it to therapeutic alternatives to identify the best therapy for patients.)

Other panels at the daylong symposium focused on topics such as maternal-fetal medicine and COVID-19 and on the center’s educational function. A reception brought the day to a close in a haze of well-earned glory. 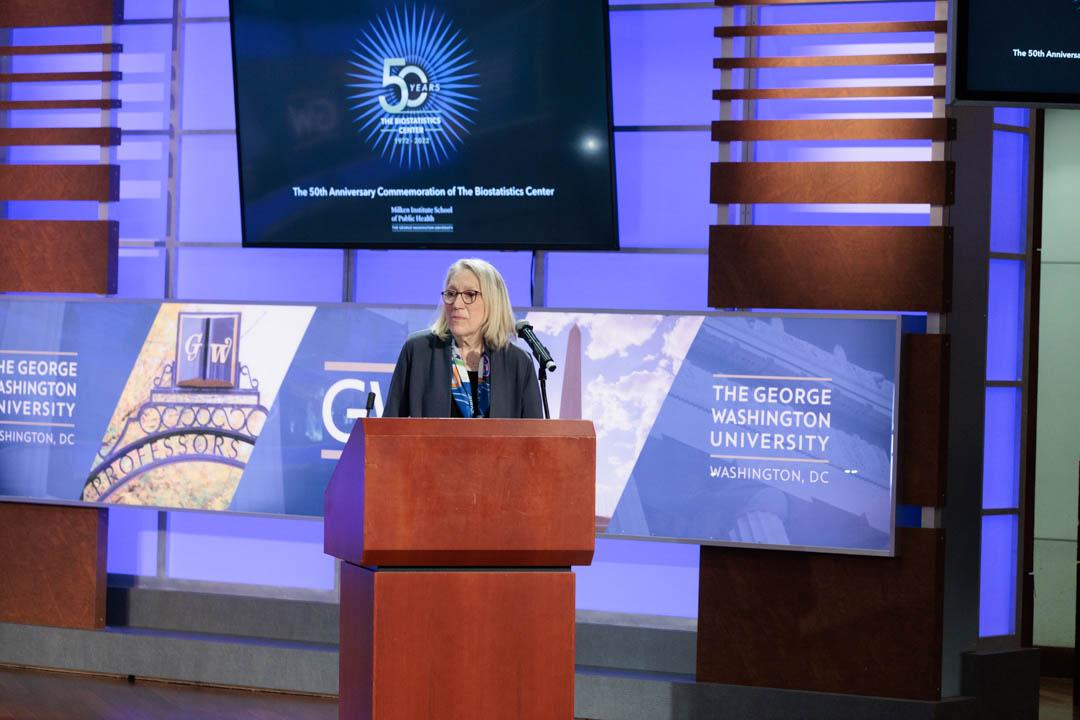 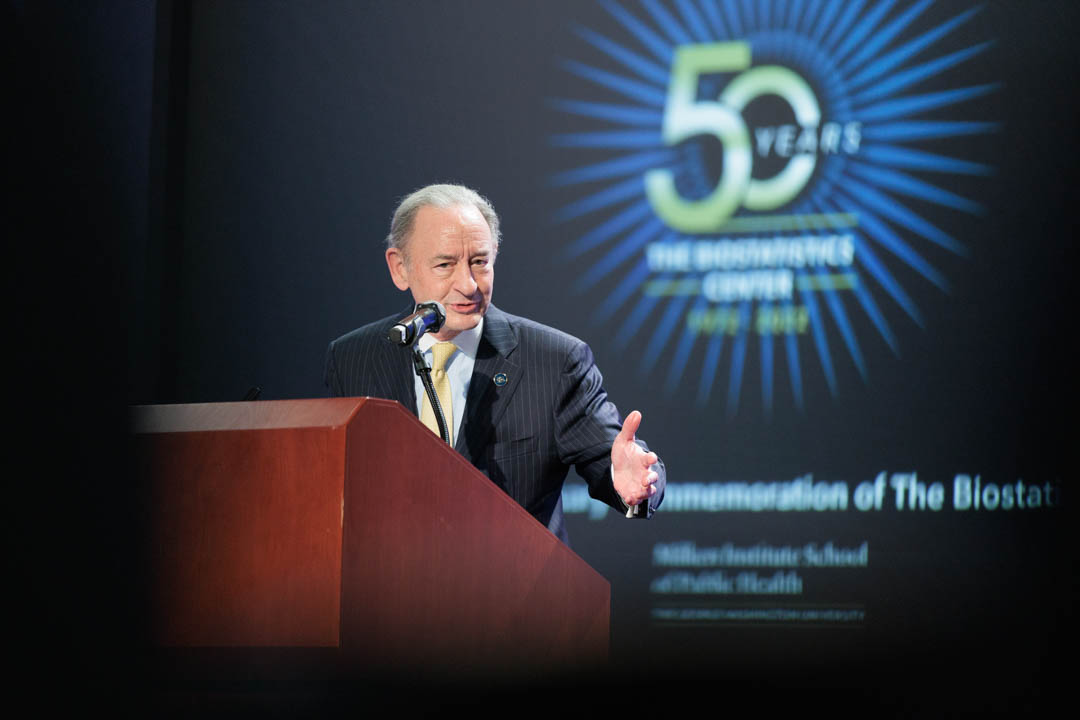 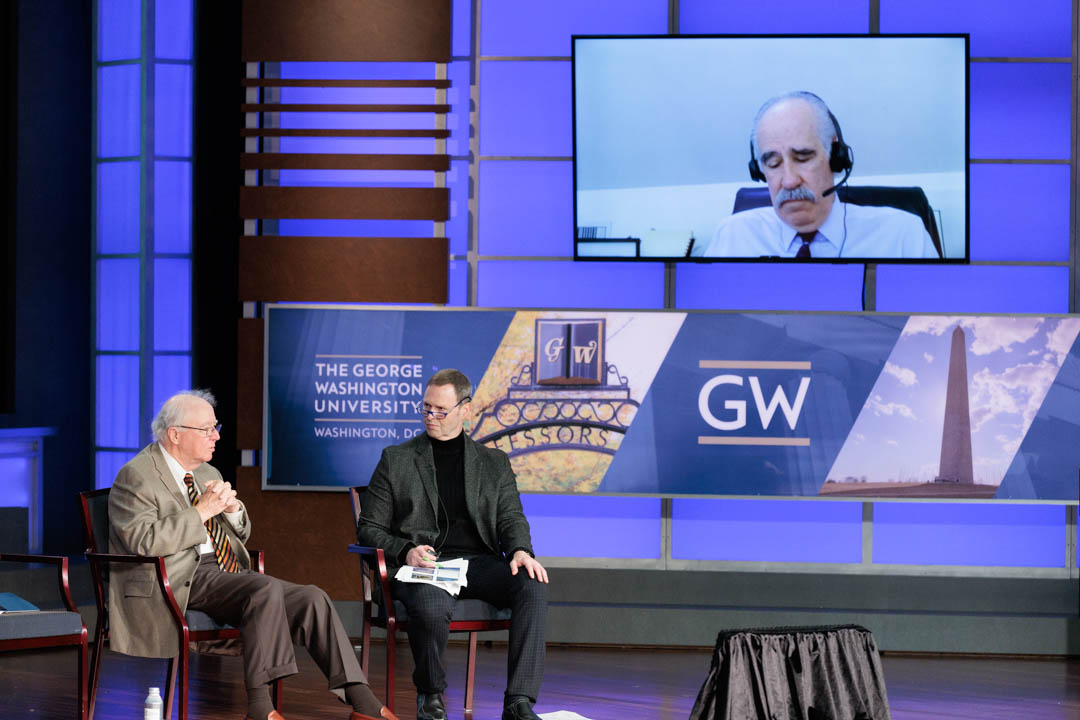 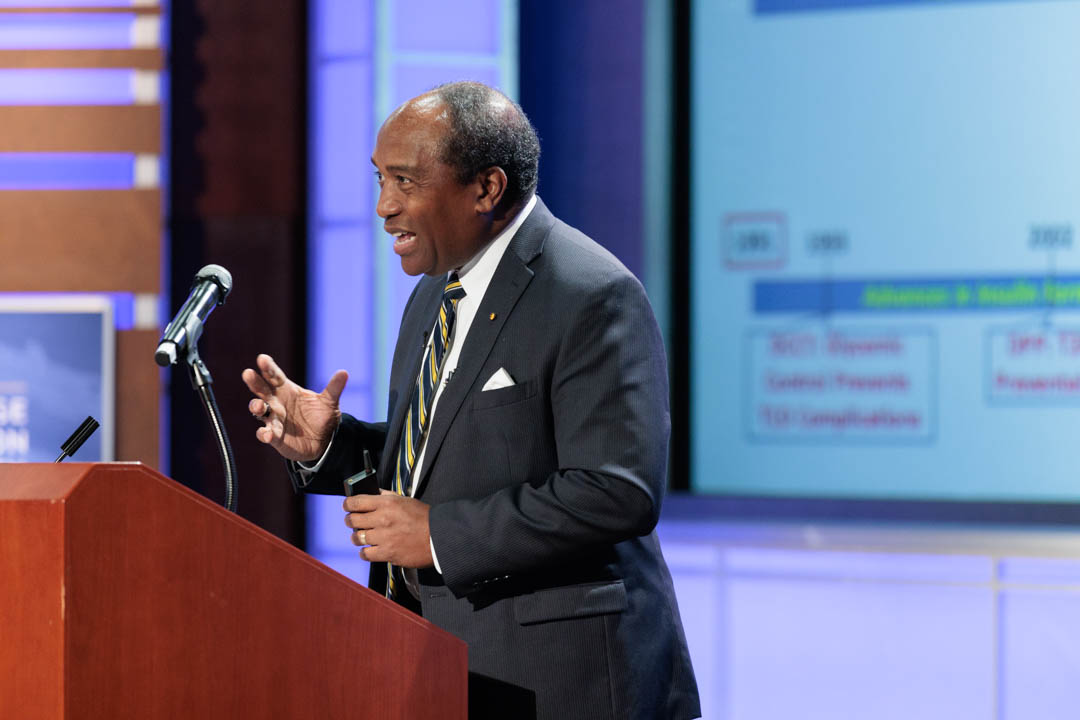 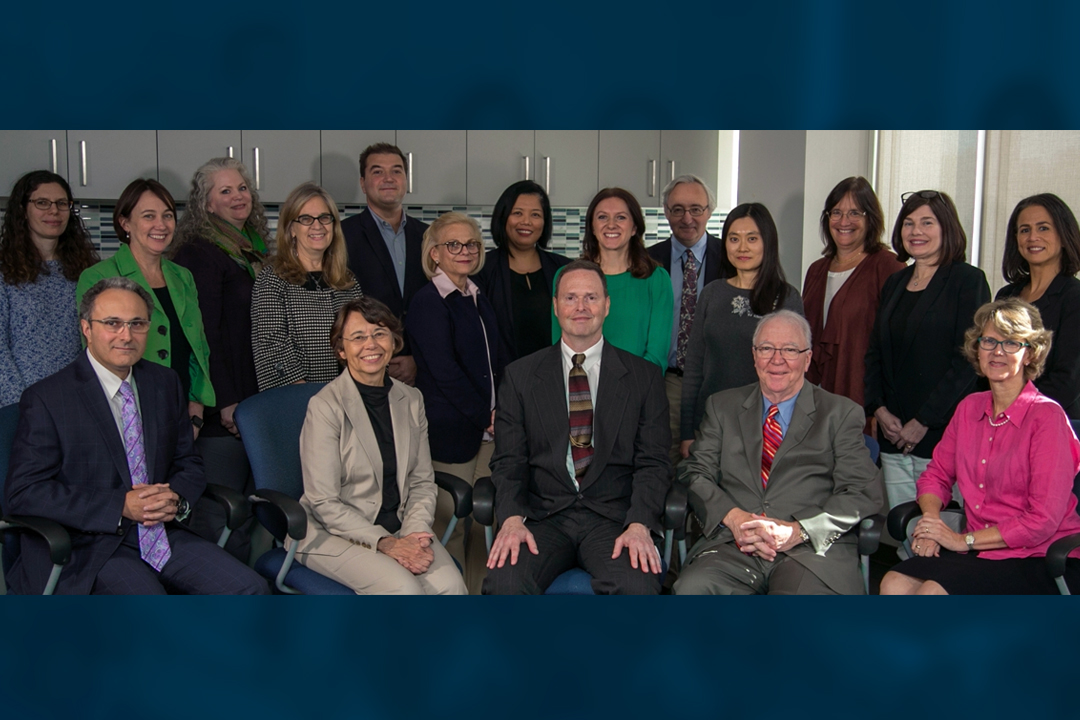