More than 36 million Americans who have left college are not recognized for the semesters or even years of higher education they’ve completed under the existing “degree-centric” system.
October 11, 2021 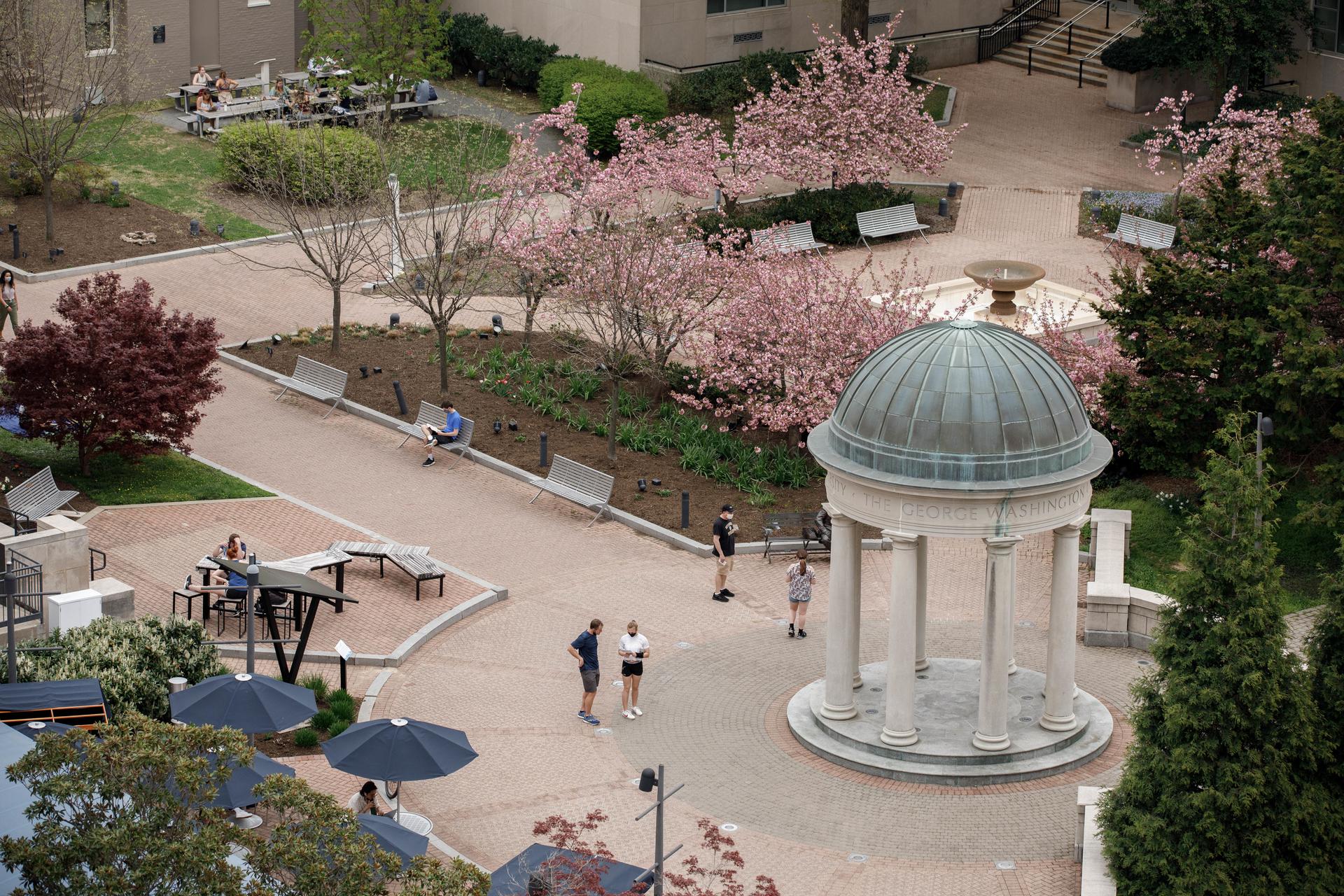 The Institute of Education Sciences (IES) has awarded a $3 million “Transformative Research in the Education Sciences” program grant to “Credential As You Go” (CAYG), a national initiative at SUNY Empire State College. The initiative is co-led by Holly Zanville, co-director of the George Washington University Program on Skills, Credentials and Workforce Policy; Nan Travers, director of SUNY Empire State’s Center for Leadership in Credentialing Learning; and Larry Good, CEO of the Corporation for a Skilled Workforce.

About half of students in the U.S. either drop out of college or “stop out,” meaning they take a leave of absence with the intention to return. Many never do, for financial and other reasons. Dr. Zanville said more than 36 million learners are classified as “some college, no degree,” a designation that treats them as if they have no postsecondary-level learning and that may exclude them from certain positions or types of employment.

“Many of these learners have two or three years of college behind them, and it’s very hard to imagine that they didn’t learn anything in those years, even if they didn’t complete a bachelor’s or an associate’s degree,” Dr. Zanville said. “The notion of CAYG is to recognize learning in smaller units that would help them in an incremental way along their lifelong pathway of learning.”

These smaller units might include industry certifications, course-based skills badges and other types of awards. Dr. Zanville said these non-degree credentials or “microcredentials” could be valuable not only to the “some college, no degree” population, but also to learners who have earned advanced degrees and want to advance in or change careers at a time when employee skill needs are evolving rapidly.

Such incremental credential models exist within some academic disciplines and industries, but not enough and with little standardization, Dr. Zanville said. A badge from one industry program, for instance, may be transferable for academic credit at some institutions but not others, or may represent different career ramifications across workplaces. Some people may even graduate with bachelor’s degrees, but then find they need industry certification in certain technical skills that weren’t part of their undergraduate education. Dr. Zanville compares it to a circle of poker players who don’t know the value of the cards they hold.

“The degree has become in some ways this gold standard—a lot of people even use the word ‘credential’ as if it's somehow lesser than ‘degree,’ which is not really fair and not always true,” she said. “We define ‘credentials’ as an umbrella term under which there are many different types of credentials, including degrees.” 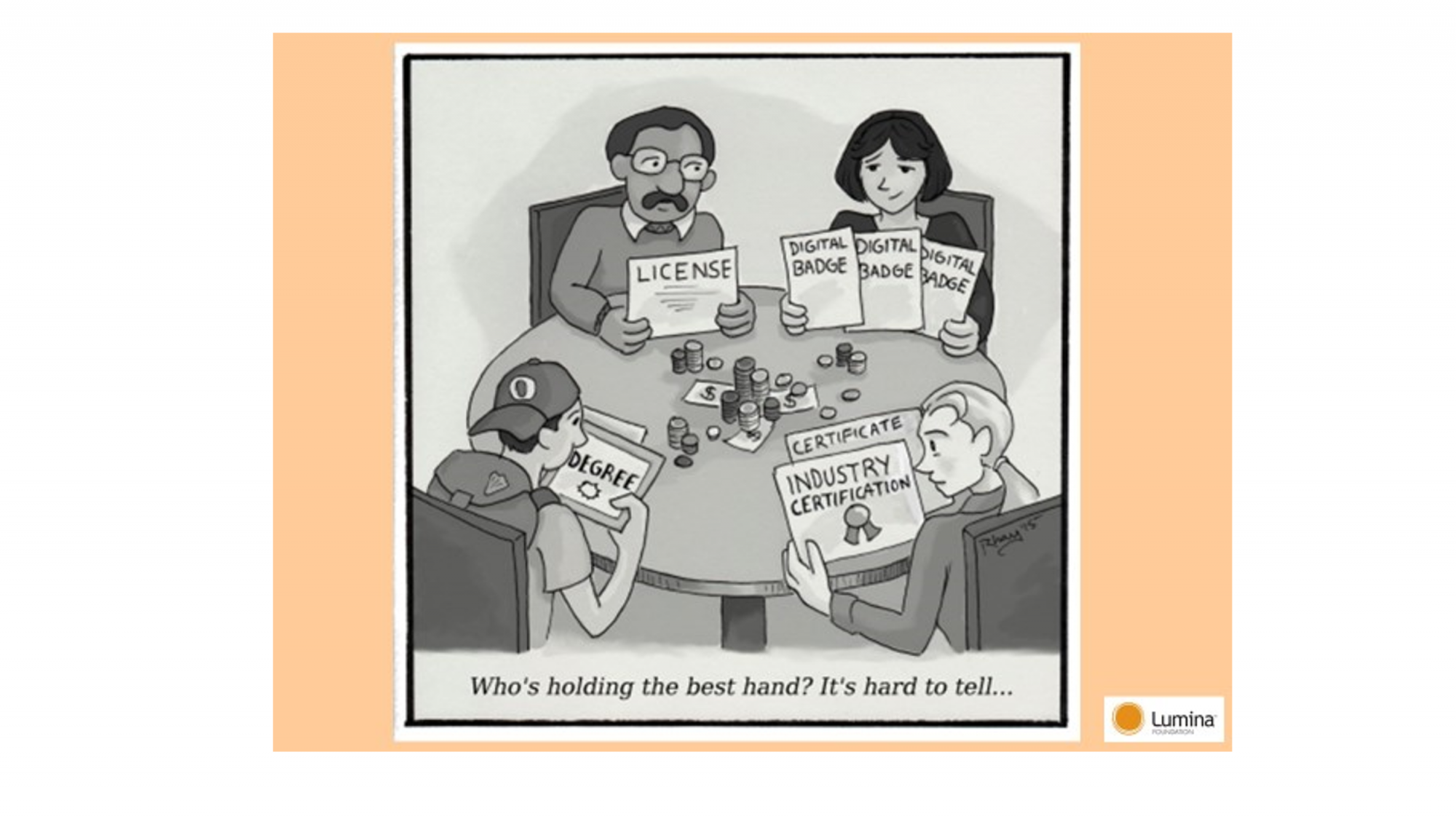 A cartoon commissioned by Lumina Foundation illustrates the lack of standardization in credentialing.

The new grant builds on an 18-month planning grant from Lumina Foundation to SUNY Empire State. That initiative, led by Dr. Travers, worked with faculty across New York state to begin creating frameworks and imagining pathways through which a degree-centric system could transform into something more focused on incremental credentialing.

While it’s a big job, Dr. Zanville said such a transformation—even to the extent that it raises public awareness—could lead to a more equitable and accessible educational system for all. “Incremental credentialing can increase opportunities and success for all learners, not just those who earn degrees,” she said. “It’s essential to building a fairer 21st-century postsecondary system.”

Two other GW research professors, Dan Marschall and Stephen Crawford, will also serve on the national CAYG advisory board. Drs. Marschall and Crawford are affiliated with the George Washington Institute of Public Policy. 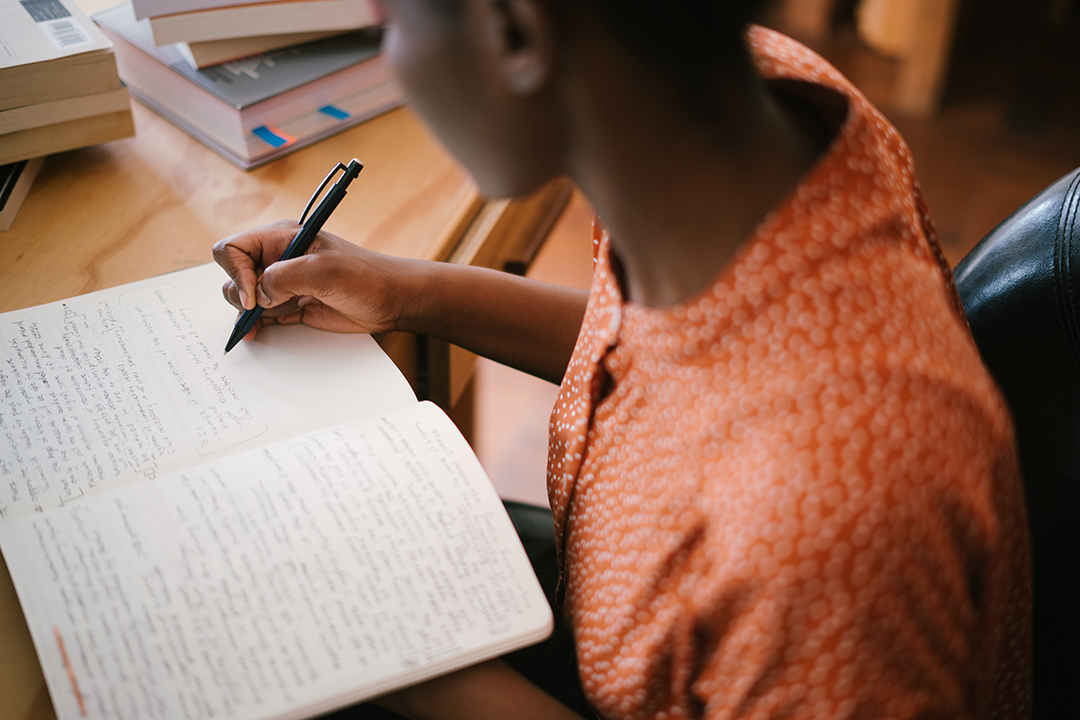