A bench on campus honors the Nobel laureate and Pulitzer Prize winner who spoke at the university in 2011.
August 6, 2019 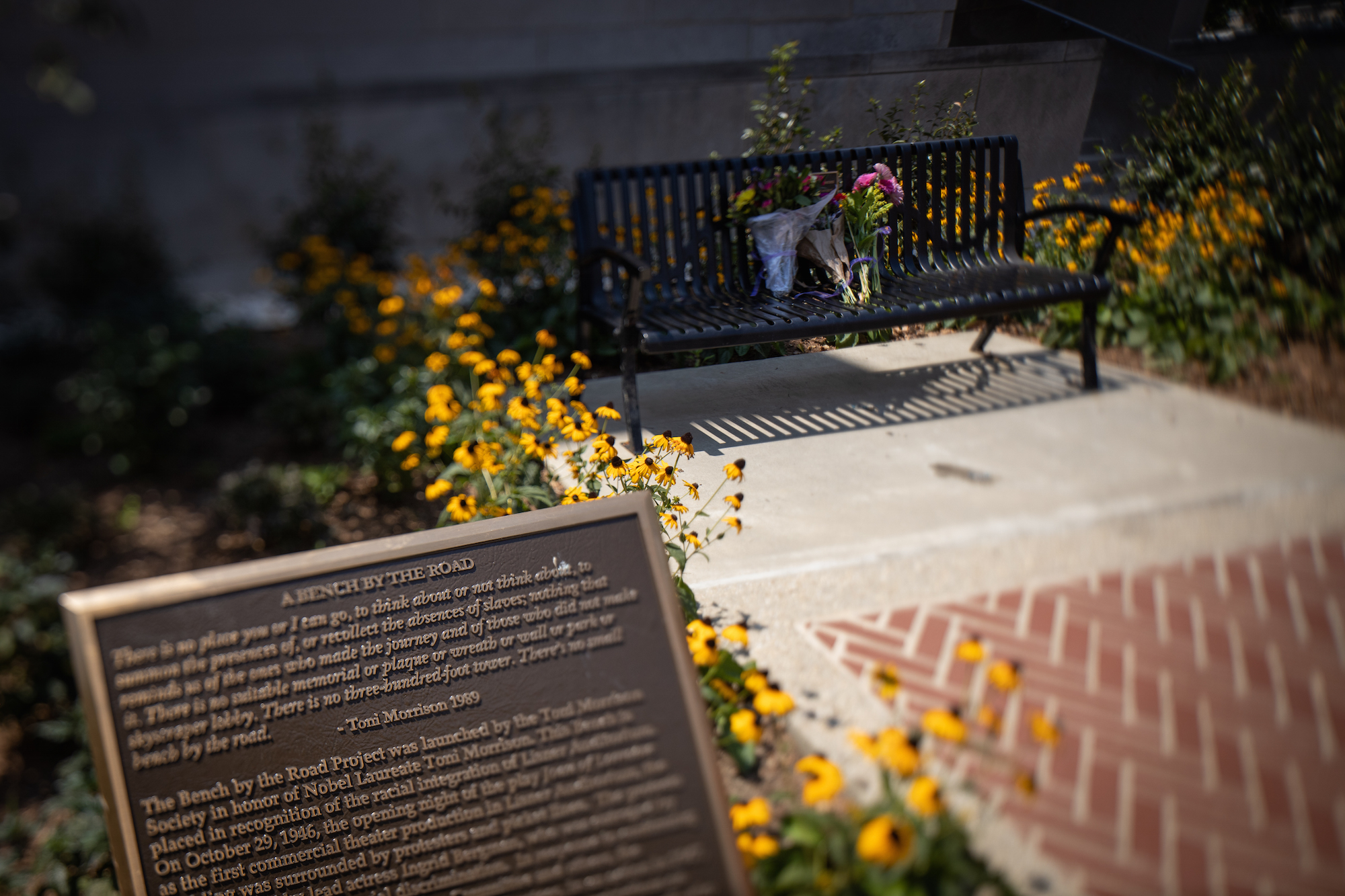 The George Washington University community joins the world in mourning the loss of renowned author Toni Morrison, who died Aug. 5 at the age of 88.

Ms. Morrison is the author of multiple acclaimed novels, including “Beloved,” which won the Pulitzer Prize in 1988, “The Bluest Eye,” “Sula” and “Song of Solomon.” In 1993, Ms. Morrison became the first African-American woman to win the Nobel Prize for Literature. Much of her work focused on the black experience in the United States, especially that of black women.

In 2011 Ms. Morrison spoke at GW about race and American history.

At that time, the Toni Morrison Society and GW dedicated a bench in her honor. The bench, located in front of Lisner Auditorium, commemorates the auditorium’s integration in 1947.

The bench placement and dedication were part of the “Bench by the Road” project, an initiative of the Toni Morrison Society. The phrase “a bench by the road” comes from a 1989 interview in which Ms. Morrison remarked that there existed no monuments or memorials commemorating slaves, their ancestors and their experiences—“there’s no 300-foot tower, there's no small bench by the road.”

A spokesperson for her publisher said Ms. Morrison’s cause of death was complications of pneumonia.