For the third consecutive year, the university took the top spot on Peace Corps’ list of medium-sized colleges and universities.
February 26, 2020 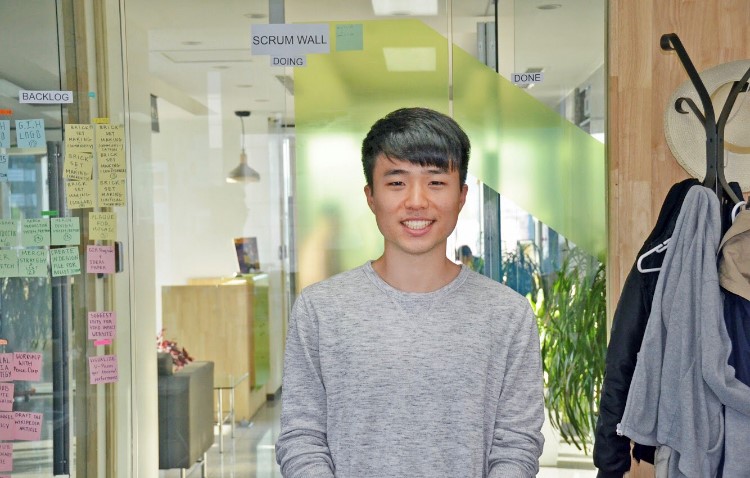 George Washington University is the No. 1 producer of Peace Corps volunteers among medium-sized schools on the agency’s 2020 list of colleges and universities.

This is the third year in a row that GW has held the top spot among universities with a student population between 5,000 and 15,000 undergraduates. The university has remained one of the top volunteer-producing schools throughout the past two decades.

“GW students often work with partners in the DC community and around the world on their research, learning and service,” said Amy Cohen, executive director of the Honey W. Nashman Center for Civic Engagement and Public Service. “Peace Corps provides an excellent opportunity for students to continue this work and to begin their professional lives in service.”

Since the Peace Corps was founded in 1961, more than 1,330 GW alumni have served as volunteers. Washington, D.C., is ranked first among states and other U.S. jurisdictions with the highest number of Peace Corps volunteers per capita. More than 2,500 D.C. residents have served since the program’s founding.

Benjamin Park, B.A. ’16, is currently serving as an education volunteer in Mongolia. He said that while studying at GW, the diverse student body presented him with numerous unique perspectives, which ultimately encouraged him to pursue international opportunities and the Peace Corps.

“I believe my time at GW made me more comfortable and aware of cultural differences, allowing me to quickly adapt to the norms of my community and interact with them as a friend instead of an outsider,” Mr. Park said. 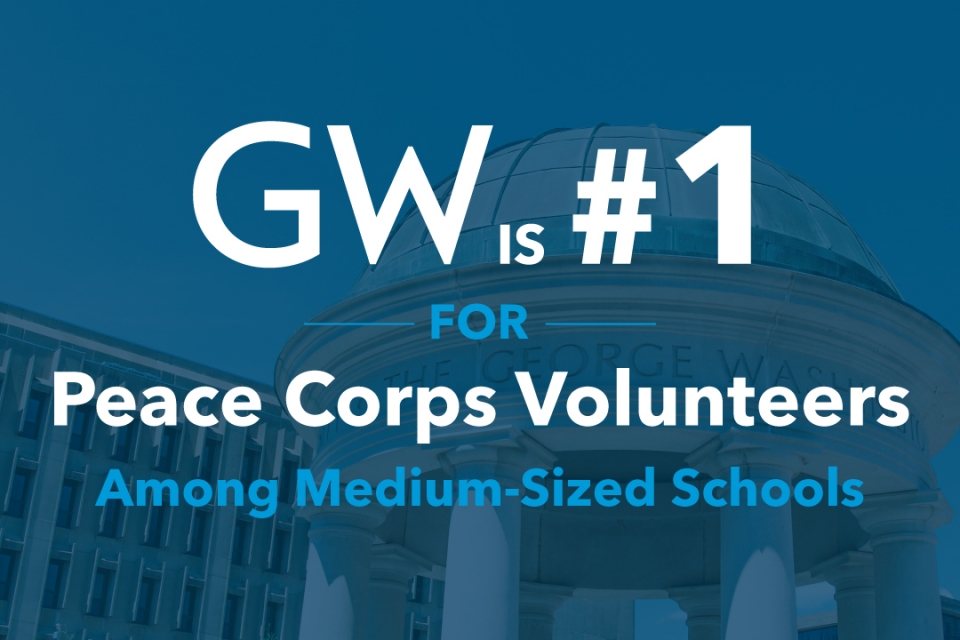 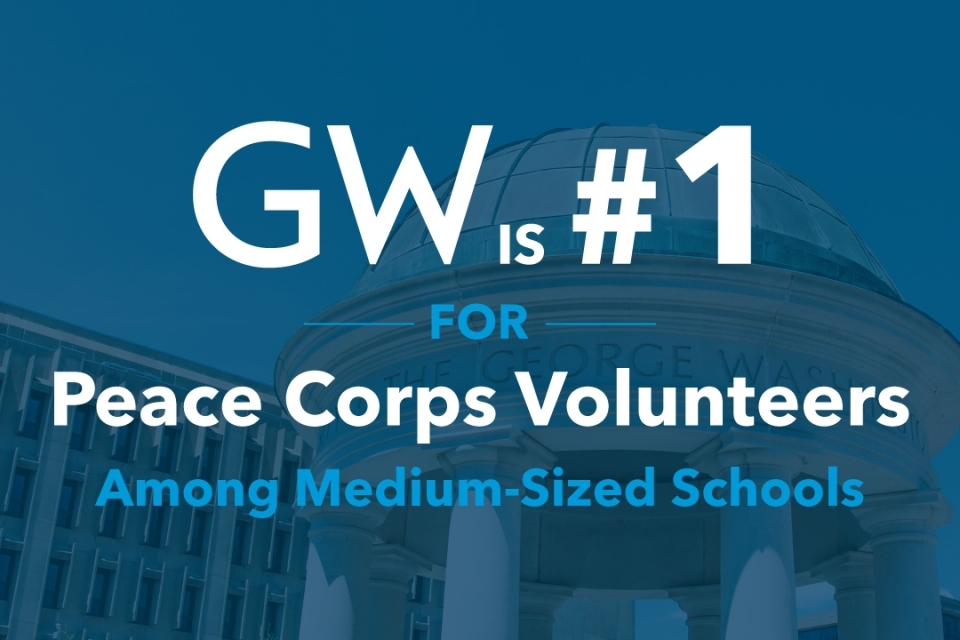