GW to Discontinue Use of Colonials Moniker

Citing the need to unify the community, the Board of Trustees decided to change the moniker based on a special committee’s recommendation.
June 15, 2022 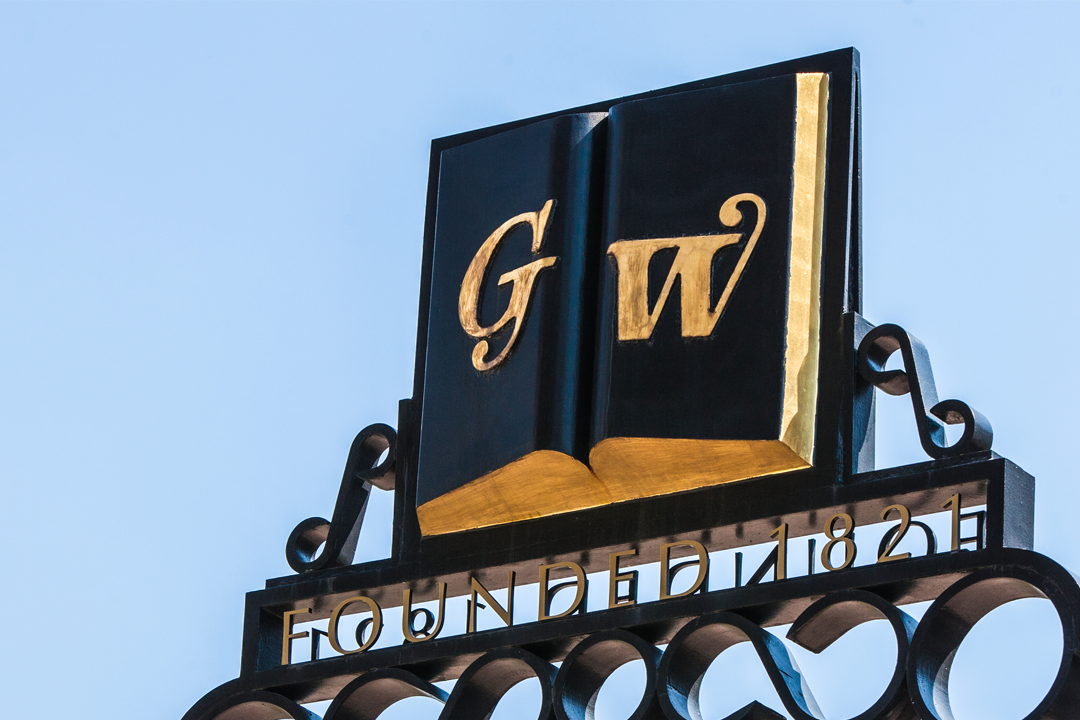 The George Washington University Board of Trustees has decided to discontinue the use of the Colonials moniker based on the recommendation of the Special Committee on the Colonials Moniker. Both the board and special committee ultimately determined that given the division among the community about the moniker, it can no longer serve its purpose as a name that unifies.

“The board recognizes the significance of changing the university’s moniker, and we made this decision only after a thoughtful and deliberate process that followed the renaming framework and special committee recommendation that considered the varying perspectives of our students, faculty, staff, alumni and athletics community,” said Board Chair Grace Speights, J.D. ’82. “A moniker must unify our community, draw people together and serve as a source of pride. We look forward to the next steps in an inclusive process to identify a moniker that fulfills this aspiration.”

President Mark S. Wrighton agreed and noted the “principled” approach the university took to come to this decision.

“As we embark on our third century, we must continue to lead with our values, strengths and the diversity of the George Washington University community,” Wrighton said. “I was impressed by the principled and collaborative approach of the special committee, and it was clear this process was driven by research and robust engagement with the community. While some may disagree with the outcome, this process has determined that changing the moniker is the right decision for our university.”

Christopher Alan Bracey, provost and executive vice president for academic affairs, also noted the importance of the university’s values and changed demographics of its community in assessing whether the current moniker serves its purpose.

“We have evolved over our 200 years as an institution and a community,” Bracey said. “Today, the moniker no longer does the work that a moniker should—namely, unifying the campus behind our academic and athletic institutional aspirations.”

Colonials will continue to be used until a new moniker is introduced, which is expected by the 2023-24 academic year after a broad university community engagement process.

Special committee background
This decision to discontinue the moniker was the culmination of a process that began in November 2019 with the board’s formation of a Task Force on Naming. At that time, the moniker already had been identified as a matter of concern given years of discussion among community members about changing it.

After the Task Force on Naming developed a framework for addressing name change requests, in July 2020 President Emeritus Thomas LeBlanc convened a Special Committee on the Colonials Moniker to make a recommendation to the Board of Trustees to determine whether Colonials should be changed. The special committee included representation from faculty, staff, students, alumni, athletics and subject-matter expert advisers familiar with the university’s history.

The committee understood the sensitivity and importance of its work and followed the process and considerations established by the board’s renaming framework. This process included extensive research—such as reviewing hundreds of pages of historical materials—three virtual town hall events and a university-wide survey conducted to understand the community’s sentiment around the moniker. Additionally, community members had the opportunity to share their input online through a special committee feedback form.

The special committee considered all viewpoints before making its recommendation in a report to the board.

“Our committee of students, alumni, faculty, staff and athletics representatives worked diligently to undertake a thorough review of the moniker,” said Mary Cheh, chair of the Special Committee on the Colonials Moniker and Elyce Zenoff Research Professor of Law. “The committee took its role seriously, reviewing relevant historical research and soliciting feedback widely to produce a report and recommendation grounded in facts and recognizing the division among the community with respect to the moniker. Ultimately, we determined a new moniker would help support unity in our community. I am thankful for and proud of the committee’s hard work.”

The committee compiled a report outlining key factors used to inform its recommendation. Selected findings include:

The special committee, board and other university leadership have noted that while some in the community may prefer the current moniker, there is now an opportunity to discuss a new moniker that brings the community together.

“As with any change, I understand that this decision will have a mixed reception," said GW Alumni Association President Christine Brown-Quinn, M.B.A. ’92. "It’s at times like these we need to remember that it’s our shared experiences as a GW community which bind us together. And as an alum your unique perspective and personal background is what makes us stronger and deepens our human connection. In the spirit of respecting and embracing our diversity in the broadest sense of the word, I look forward to alumni actively engaging in the decision for the new moniker.”

The moniker has also long been a part of the athletics experience at GW, and the new moniker will bring the GW community together to support student-athletes.

“The moniker is one way in which our student-athletes, athletic staff and fans build community,” Director of Athletics Tanya Vogel said. “I know some people will be disappointed today, but we see this as a tremendous opportunity to come together, share our experiences and consider what is important to our GW community as we launch the new moniker development process.”

Search for a new moniker
The university already has determined some of the next steps in choosing a new moniker, including:

The board, members of the special committee and university leaders are hopeful that the GW community will be active in the process of choosing a new moniker.

“We have a great opportunity to conduct an inclusive process that will determine how we as a community want to come together around a unifying moniker and showcase ourselves as a distinguished and distinguishable university,” Wrighton said. “I am very excited for our next steps together.”

Additional information about the new moniker process is forthcoming and will be shared with the GW community as it becomes available. If you would like to submit feedback to be considered in this next phase of the process, please share it here.