The sustainable, state-of-the-art building is designed to promote healthy habits.
May 16, 2014 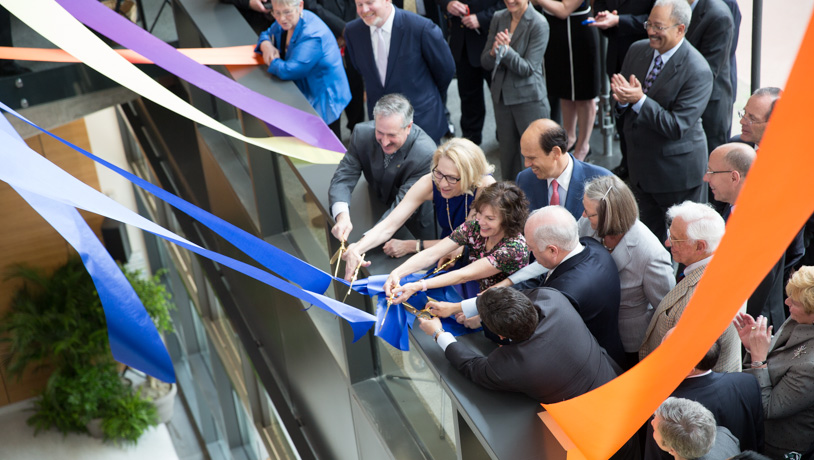 Spectators on each floor of the nine-story Milken Institute School of Public Health building gazed downward in awe, as they watched multicolored ribbons fall into the sunlit atrium on Thursday—signaling the official opening of the school’s new home on Washington Circle. 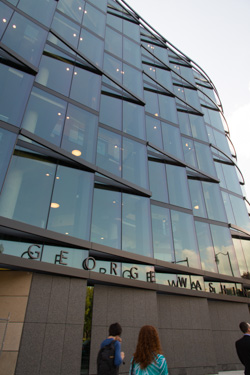 The George Washington University community had the opportunity to tour the 115,000-square-foot modern facility that will, for the first time in the school’s history, house all seven Milken Institute SPH departments under one roof.

“I think we’re going to move forward into a completely transformed way of doing our work as a school,” said Michael and Lori Milken Dean of Public Health Lynn R. Goldman to attendees on Thursday.

Dr. Goldman, George Washington President Steven Knapp and Board of Trustees Chair Nelson Carbonell joined Mike and Lori Milken, in cutting the ribbons. In the new building, faculty and students will conduct cutting-edge research and strive to find solutions for global health problems. Gifts awarded to the school from the Milken Institute, the Milken Family Foundation and the Sumner M. Redstone Charitable Foundation totaling $80 million­­—a record-breaking donation to the university­—will greatly enhance this mission.

Mike Milken addressed the GW community on Thursday, emphasizing that he is a believer in “human capital” and realized the importance of investing in the researchers, scientists and policymakers at GW who have “world-class” talent.

In keeping with the school’s targeted focus on disease prevention, the state-of-the-art, open space is designed to not only encourage collaboration but also to enhance the health of those who learn and work within it, explained Dr. Knapp.

“I can’t imagine a more extraordinary place to work in the field of public health than in this building,” he said.

The first thing visitors saw on Thursday when entering the building were the central staircases that wind to the top of the atrium. The dominant location of the elegant staircases—which have a total of 144 steps—is designed to encourage students and faculty to build physical activity into their day, rather than taking the elevators, which are hidden in corners of the building. 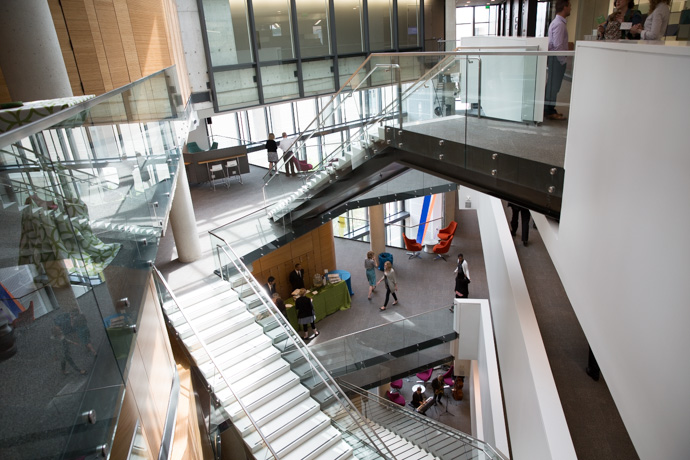 In order to reduce the health risks associated with long periods of sitting, each faculty and staff member’s office is equipped with a standing desk, something Dr. Knapp has adopted in his own Rice Hall office. Each floor of the building has student lounges and study rooms (with spectacular views of Washington Circle) that are conducive to moving, learning and teamwork.

There are also kitchens throughout, where faculty, staff and students can prepare their own healthy meals. A large auditorium on the entrance floor will allow the school to host events that will attract some of the world’s most influential leaders in public health.

“It is so welcoming to students, and I love all of the colors and the sunlight,” said Mira Kahn, an M.P.H. student who was admiring the new space with friends on Thursday. 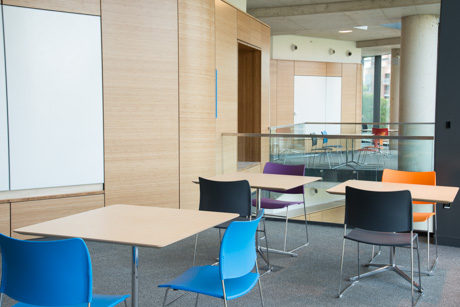 The basement of the building houses exercise science laboratories, a meditation room as well as a yoga and exercise studio. “It’s a fitness instructor’s dream,” one visitor remarked.

The building also features a number of sustainable features, including a green roof, a rainwater collection system, low-flow plumbing and energy-saving light controls.

It is furnished with local and recycled building materials, and the floor-to-ceiling windows suffuse natural light on to every floor, which reduces the use of electricity.

Dr. Goldman called the building a “dream come true” and said it gives the school a magnificent opportunity to train the public health leaders of the future.

“Our students are the backbone of our mission,” she said. “We’re leaving the next generation with a lot of serious problems to solve. And we also need to leave them with the knowledge and skills and capacity to be able to address those problems.” 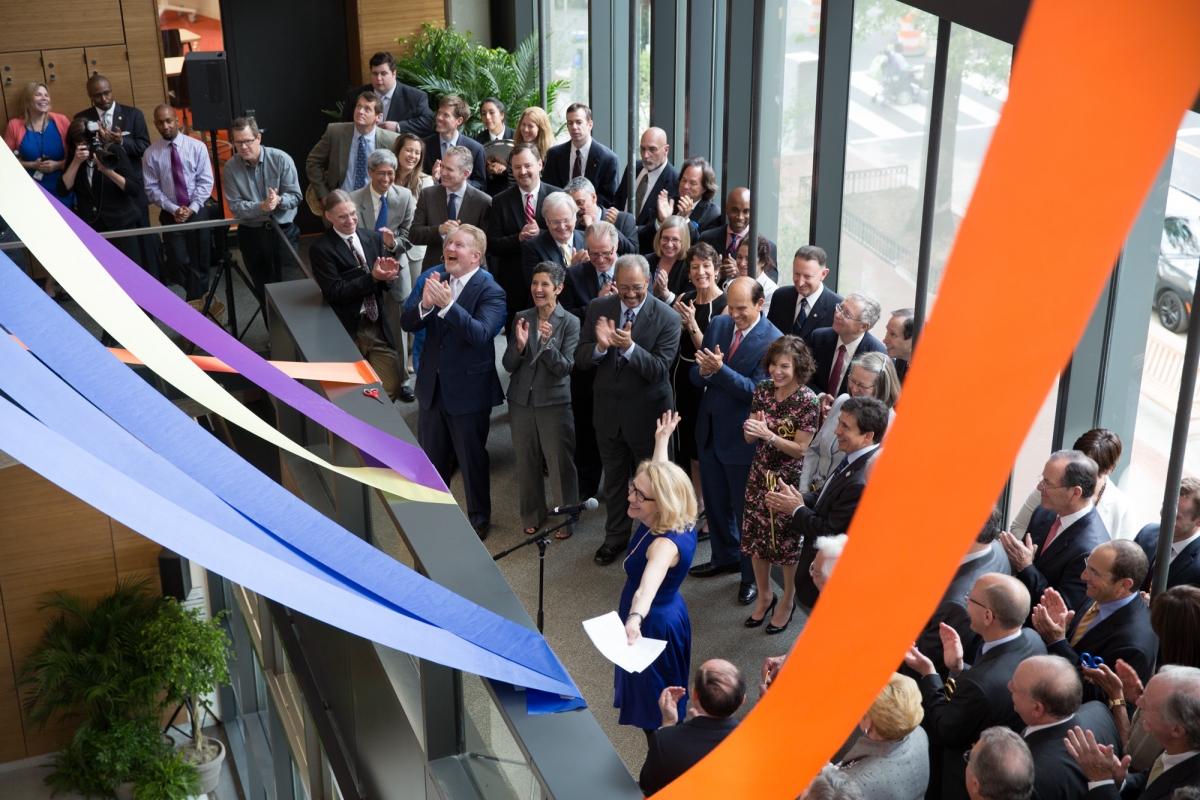