GW Cancer Partnership Will Target Tobacco Use and HPV

Researchers will focus on preventative care in Cleveland and Washington, D.C., to lower rates of fatal cancer diagnoses.
July 5, 2016 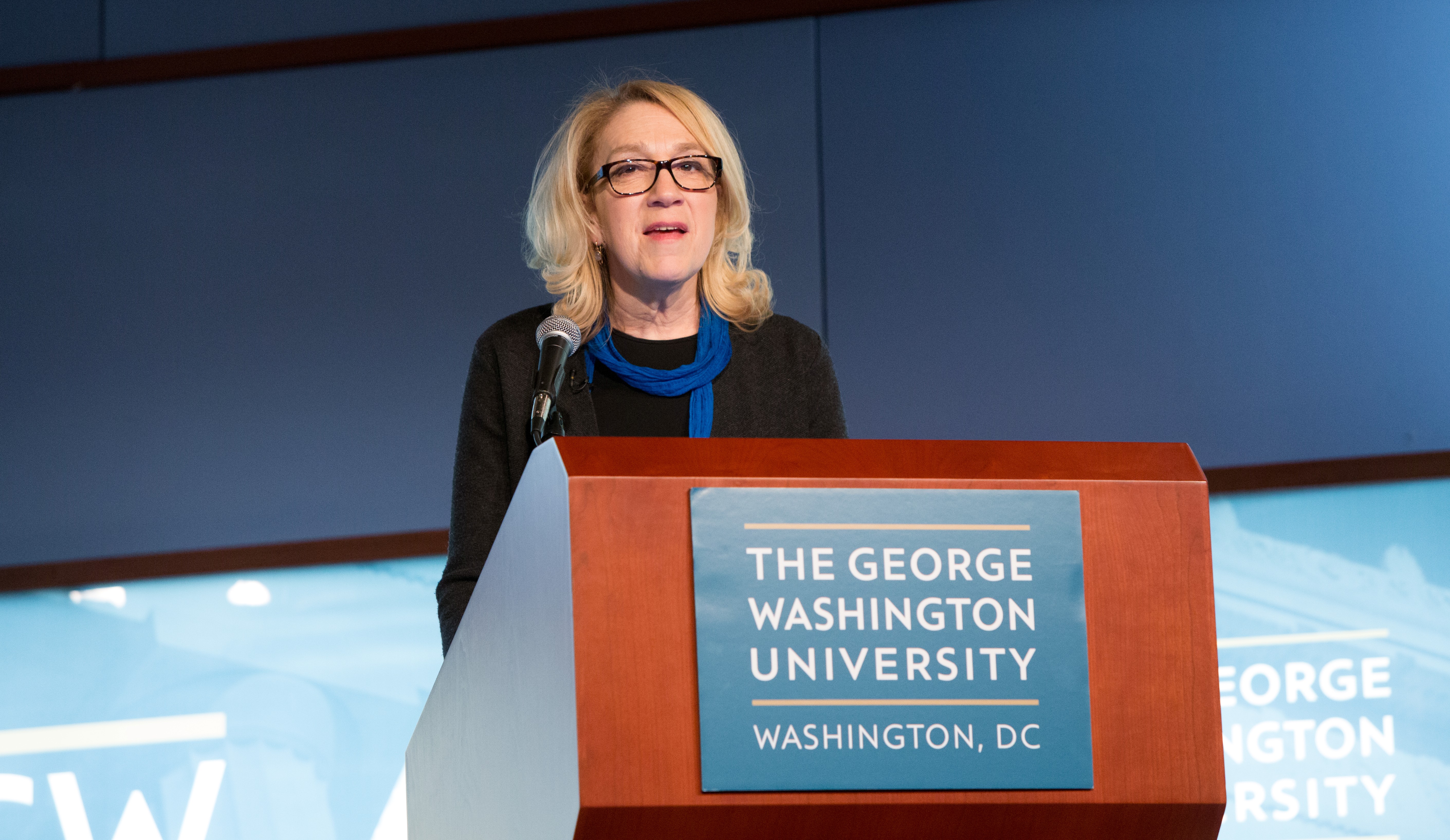 The Milken Institute School of Public Health and the Case Comprehensive Cancer Center at Case Western Reserve University are working together to develop community programs aimed at preventing cancer and reducing health-care disparities.

The joint effort is part of Vice President Joe Biden’s Cancer Moonshot initiative, which seeks to accelerate research and find cures for cancer.

The new “Massive Acceleration in Prevention Science” (MAPS) program was announced Wednesday at the Cancer Moonshot Summit at Howard University.

Milken Institute SPH Dean Lynn Goldman spoke to a crowd of experts at the summit about work being done at the George Washington University and the new partnership. About 40 percent of men and women have been or will be diagnosed with cancer at some point in their lives, Dr. Goldman said. For 23 percent, it will be a fatal diagnosis.

Focusing on primary prevention with increased education and lifestyle changes are some of the most effective ways people can avoid getting certain cancers, Dr. Goldman said.

As part of the new collaboration, GW and Case Western researchers aim to lower the smoking rates for at-risk populations that have higher incidences of undiagnosed lung cancer in underserved communities in Cleveland and Washington, D.C. Investigators also will focus on cervical and other cancers stemming from the human papillomavirus.

Smoking rates have been on a national decline, but 20 percent of all cancer deaths still are  caused by tobacco, Dr. Goldman said. Experts want to see the national smoking rate down to 12 percent by 2020, a drop from the current 17 percent national rate, according to the Office of Disease Prevention and Health Promotion.

Cleveland and Washington, D.C., both have higher than average smoking rates particularly within African American communities. While only 7 percent of white people living in D.C. smoke, 26 percent of African Americans living in the district use tobacco, Dr. Goldman said. She called the difference an “astounding disparity.”

“In both cities we have remarkable inequities,” Dr. Goldman said.

The MAPS program is expected to use social media, big data and other technology to aid traditional techniques to curb smoking rates. MAPS will aim to improve rates of HPV immunizations with outreach and policy efforts. Mobile technology and social media provides experts with easier paths to reach members of the community, Dr. Goldman said.

“We’re all carrying personalized devices with us that we use to communicate,” she . “We can personalize our approaches to prevention in ways that we never have before.”

The MAPS program was among several collaborations announced at the summit.

Vice President Biden opened the meeting with remarks about the Cancer Moonshot mission, and said he hopes that by working together, industry experts can get 10 years of research done in only five. The $1 billion mission was announced by President Obama earlier this year. The topic is personal for Vice President Biden, whose son died of brain cancer last year.

“Anytime your loved one, your soul, is in trouble, you try to learn as much as you can,” he said. “I’ve had some great tutors.”

The vice president said his job is to make sure there are no barriers from the federal government standing between patients and the care they need. He also said the scientific community needs to change the culture that has turned researchers into grant writers and has discouraged people from taking risks.

“We need you badly, and I really do believe it’s within your power to turn despair into hope sooner than later,” Vice President Biden said.

More than 350 researchers, oncologists, patients and family members, care providers, data experts and advocates attended the Cancer Moonshot Summit. The event was part of a national day of action, with 270 similar events happening across the United States.