CCAS economics graduate and Miss Rhode Island Leigh Payne, B.S. '21, is proud to be a part of the competition’s next wave of celebrating strong women.
December 7, 2021 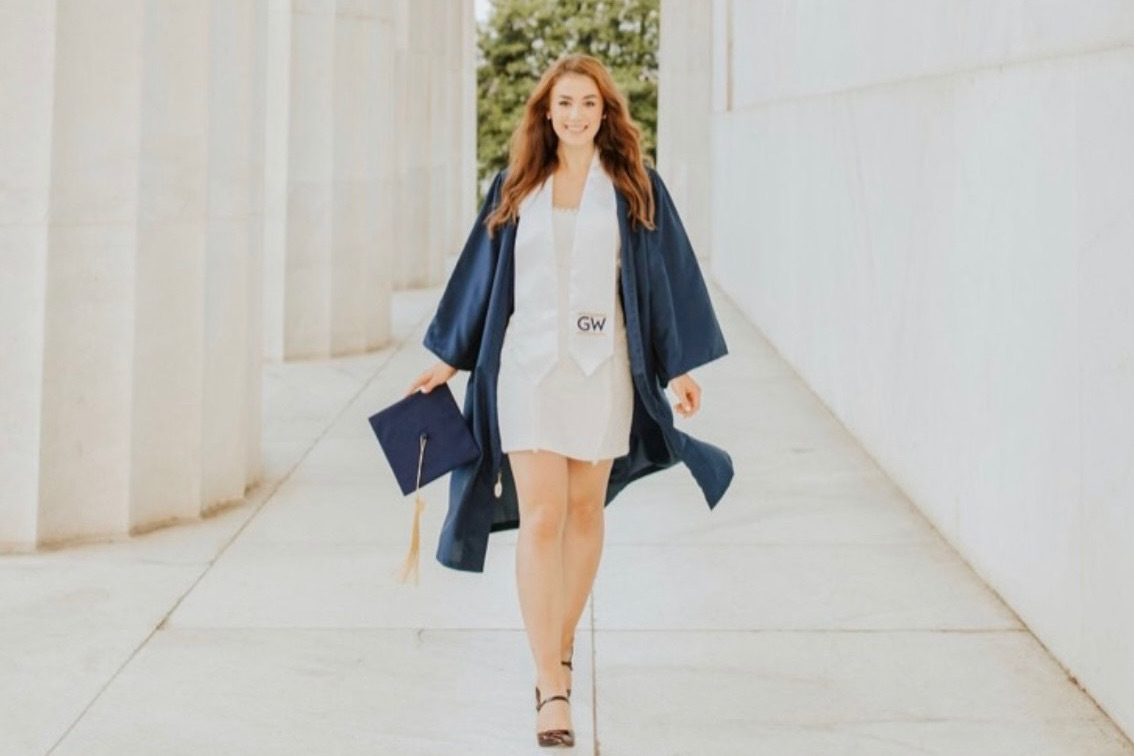 Leigh Payne, B.S. '21, says the professional experiences she gained at GW helped set her apart as a candidate.

The first Miss America pageant took place on Sept. 8, 1921, less than 13 months after Congress ratified the 19th amendment granting women the right to vote. At the time of the inaugural competition, women could not enlist in or receive benefits from the military, retain U.S. citizenship if they married someone from outside the country or serve on a jury in most states.

One-hundred years later, contestants such as George Washington University alumna Leigh Payne, B.S.’21, are not just commanding the stage but also classrooms, boardrooms and marketplaces. Ms. Payne, an economics graduate from the Columbia College of Arts and Sciences (CCAS), takes pride in showing that it’s just as possible for a woman to own an interview with a small business owner or a tax reform presentation as it is a runway.

She earned Miss Rhode Island’s crown in August and will compete in the Miss America Competition of the Mohegan Sun running Dec. 12-16 in Atlantic City, N.J. The finale of the five-day contest will air Dec. 16 on Peacock TV. The renowned competition, Ms. Payne said, is much more than what some may incompletely view as a beauty pageant. It celebrates women’s scholarship, leadership, poise and artistic talent.

She is proud to be a part of the changing public perception of the competition and appreciates the past while representing the competition’s present that facilitates individual professionalism.

“It's a good nuance to embrace and hold a lot of the traditional history, and the more modern aspect is that women can have it all,” Ms. Payne said.

Throughout her life, the Barrington, R.I., native has always cast a big net.

Ms. Payne, who competed in Rhode Island’s Outstanding Teen pageant in 2016, came to GW on a Presidential Academic Scholarship with ambitions of making her mark on the university. As a first-year student during the 2018-2019 academic year, she co-founded One for the World, a chapter of an international organization that connects students with credible charities aimed at combating poverty. Ms. Payne stayed active on and off campus, serving as the director of marketing for College Republicans while interning with Americans for Tax Reform, The Heritage Foundation, Jamestown Associates and Targeted Victory.

In high school, she founded Hope and Healing Music, an outreach organization connecting musicians with local nursing homes and rehabilitation centers to provide comfort through music to the elderly population, in addition to providing instruments to financially challenged students. She has also volunteered at the Ronald McDonald House.

Civically engaged since her teen years, Ms. Payne is grateful her GW experience exposed her to different topics and viewpoints that helped her become even more well-rounded, which she believes had a profound impact in becoming one of 51 contestants competing for Miss America.

“GW was crucial in that professional experience,” Ms. Payne said. “I believe it's set me apart as a candidate.”

Ms. Payne won the Miss Rhode Island after performing classical piano and presenting her social impact initiative of “Supporting Small Business: Empowering Women through Ownership and Entrepreneurship." Her GW education paid dividends as she used her critical and analytical thinking skills to dig deeper into conversation with business owners who were hit hard by the pandemic’s financial impact.

During the Miss Rhode Island competition, Ms. Payne had to present her findings in what she described as a TED Talk format on stage, which she equated to giving a presentation in class. That’s her type of element, and she’ll replicate that on a national stage during the Miss America competition.

“While I may not feel most comfortable walking in a dress on stage or playing the piano, because that's a little bit more emotional and private to me, talking about a topic that I care about comes easily and more naturally,” Ms. Payne said.

She has enjoyed reconnecting with the piano for the competition and has been told that up to 4 million people will view her performance during the Miss America competition. While that number might seem startling for someone who is reconnecting herself with the stage, she is appreciative to be pushed outside her comfort zone and plans to approach the setting just as she does with her business presentations and volunteer work—all-in and ready to command the situation. 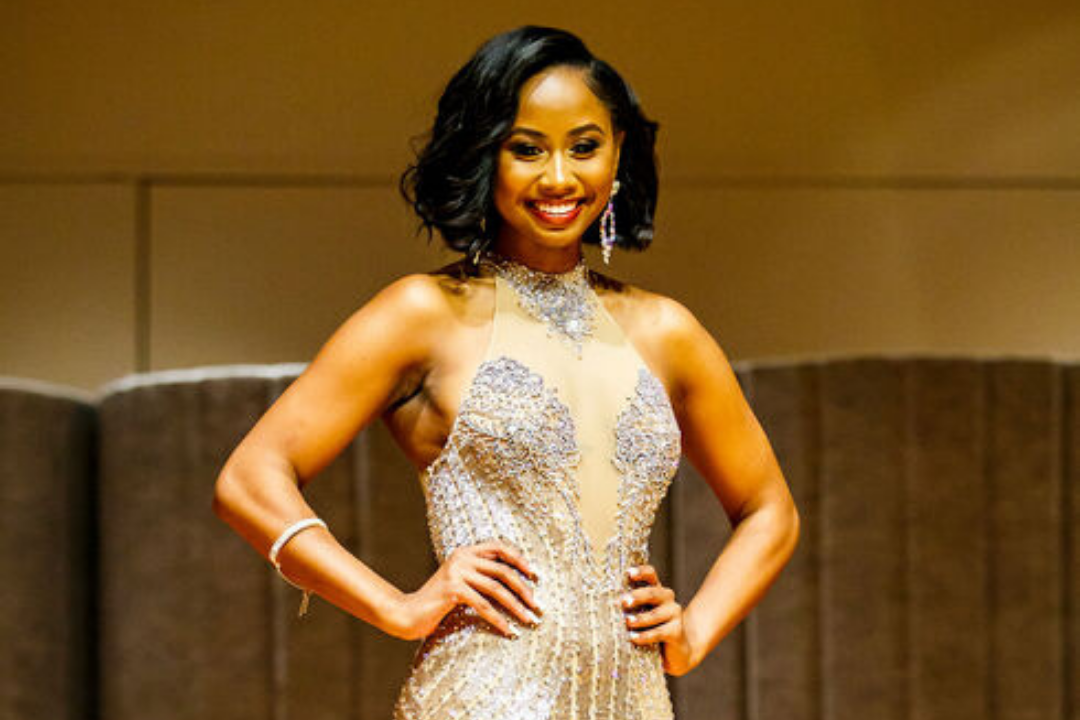