France’s Perspective on the State of Europe 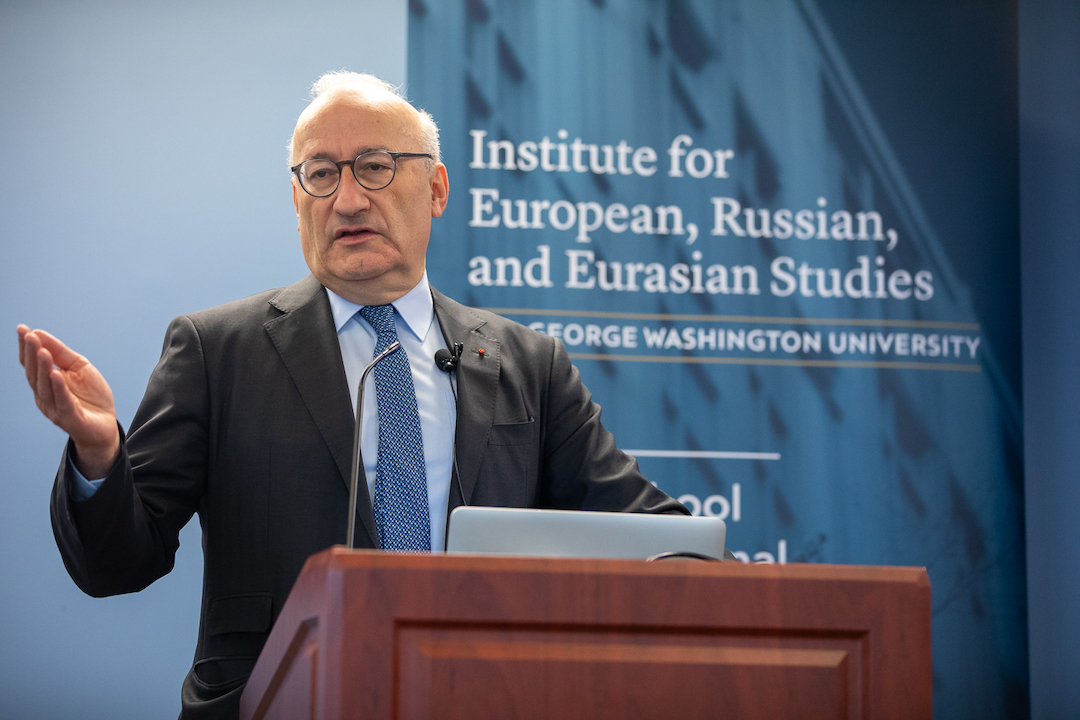 Philippe Etienne, France’s ambassador to the United States, visited the Elliott School to discuss the French perspective on Europe and its hope for a more united European Union. (Photo by Harrison Jones/GW Today)

In order for Europe to face the largest global challenges of today, there must be a sovereign European Union, said Philippe Etienne, French ambassador to the United States.

He said while the initial goal of European countries pooling their national sovereignties together was to “prevent new wars on the European continent,” new challenges have emerged that require the transformation of the EU into a less bureaucratic and more democratic and sovereign entity.

“For 70 years, France together with Germany and other European nations have decided to pull its sovereignty together and to face the future,” Mr. Etienne said. “But now we are in a new time. This idea of sovereignty of the European Union in the world of today makes things more practical.”

Mr. Etienne spoke Wednesday at the George Washington University about France’s perspective on the state of Europe and its hopes for the future as part of the Elliott School of International Affairs’ Ambassador Forum Speaker Series. The event was hosted by the Institute for European, Russian and Eurasian Studies.

The ambassador, who began his current position in September, said pressing international policy issues such as climate change, foreign security, migration and asylum, regulation of the digital revolution and European economics require a united EU.

“Today to face the new challenges we have, we need, on the bigger issues, more sovereignty, which does not mean on smaller issues we should not give leeway or more freedom to the local governments,” he said.

Most recently, the ambassador was the diplomatic adviser to the president until his current appointment. He said French President Emmanuel Macron, who was elected in 2017, campaigned on a platform that urged for more centralized European affairs although such measured have been previously rejected.

Since his election, however, Mr. Macron has introduced a sweeping series of proposals including calling for a collective European defense force and budget, a European intelligence agency to fight terrorism and a European-wide asylum office.

Mr. Etienne argued that a more centralized EU would help members manage upcoming security threats, create more innovative green and digital economies that can compete with China and the United States and reinforce the eurozone’s capacity to build sustainable growth.

He also said it would help the EU manage its external borders while also maintaining asylum policies, an issue he said helped populist movements around the continent gain support.

“What happened since the crisis of migration in 2015 from Syria... shows that we are not up to the task both to keep to our humanitarian duties and to keep to our legal commitments in our national constitutions and internal treaties,” Mr. Etienne said. “The European Union must show that it can make practical and efficient solutions.”

He asserted that rather than looking at the EU as an international organization, member countries should consider the organization as a national entity that handles issues of great common importance to members. 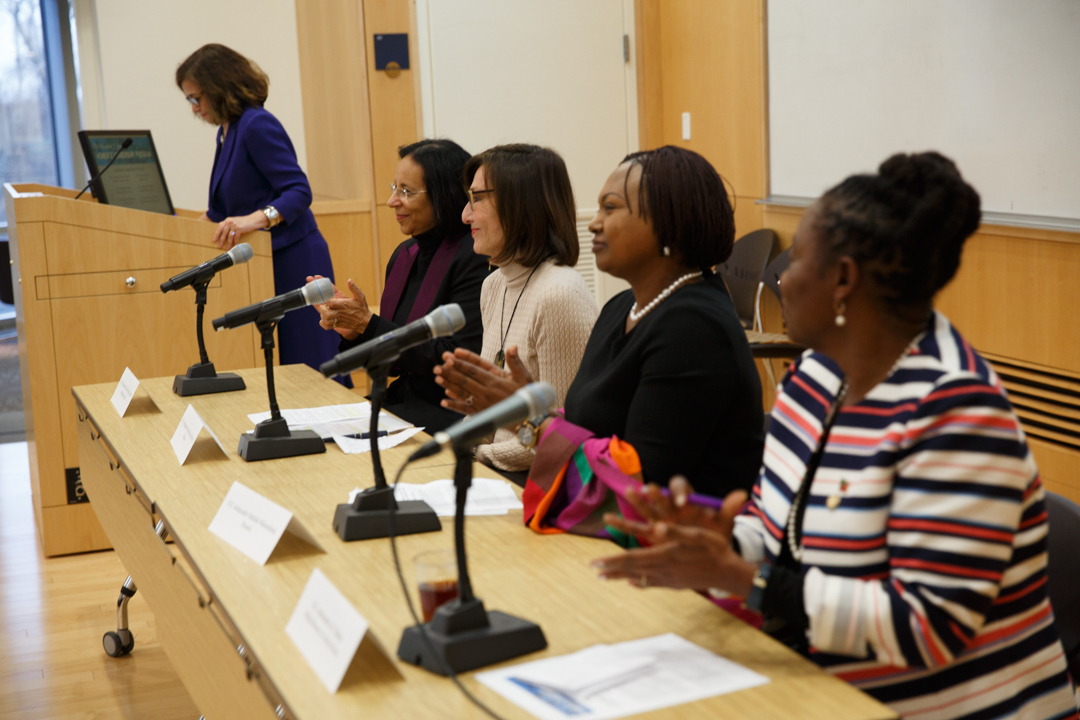 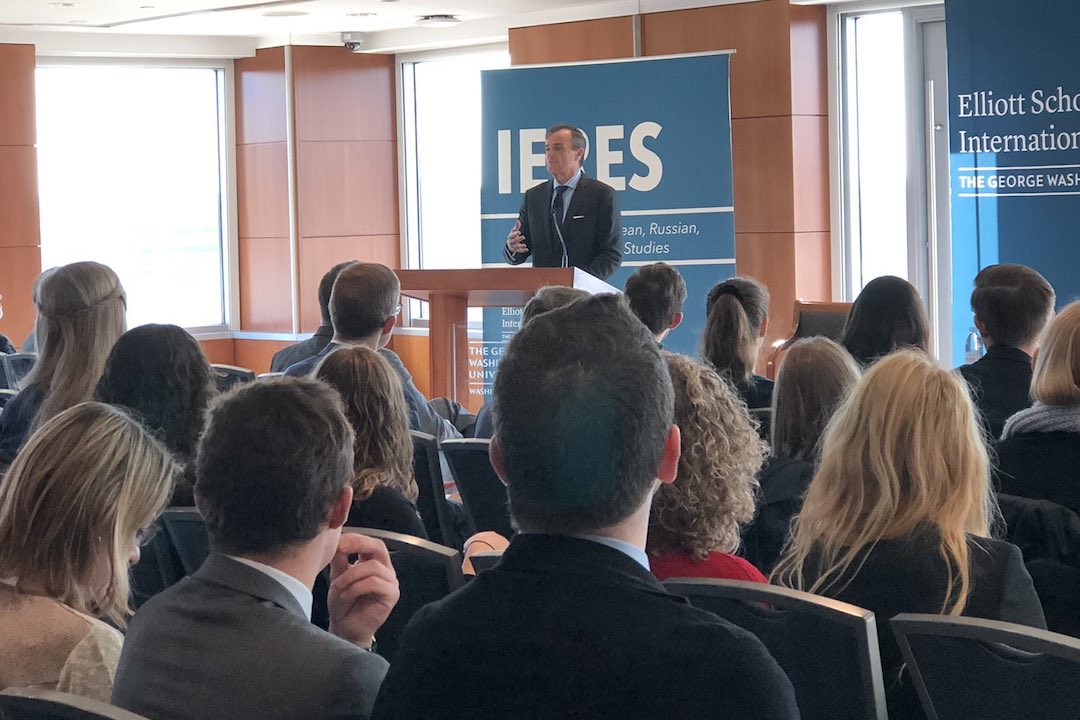 French Ambassador to the US Visits GW 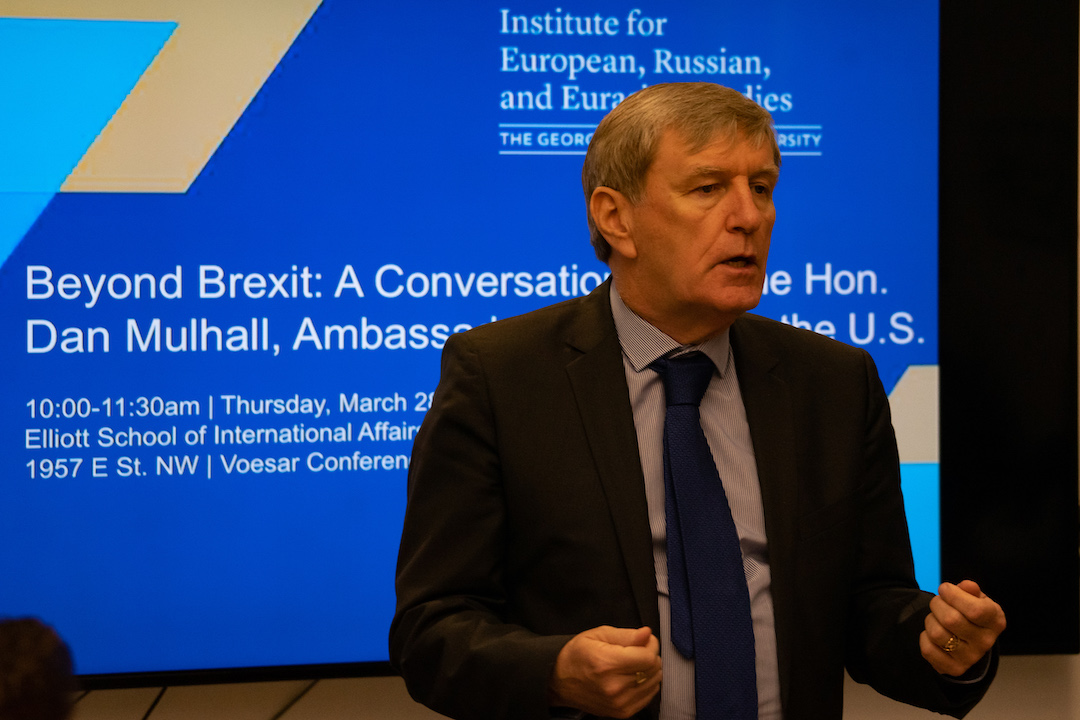 Irish Ambassador to the United States Looks Beyond Brexit