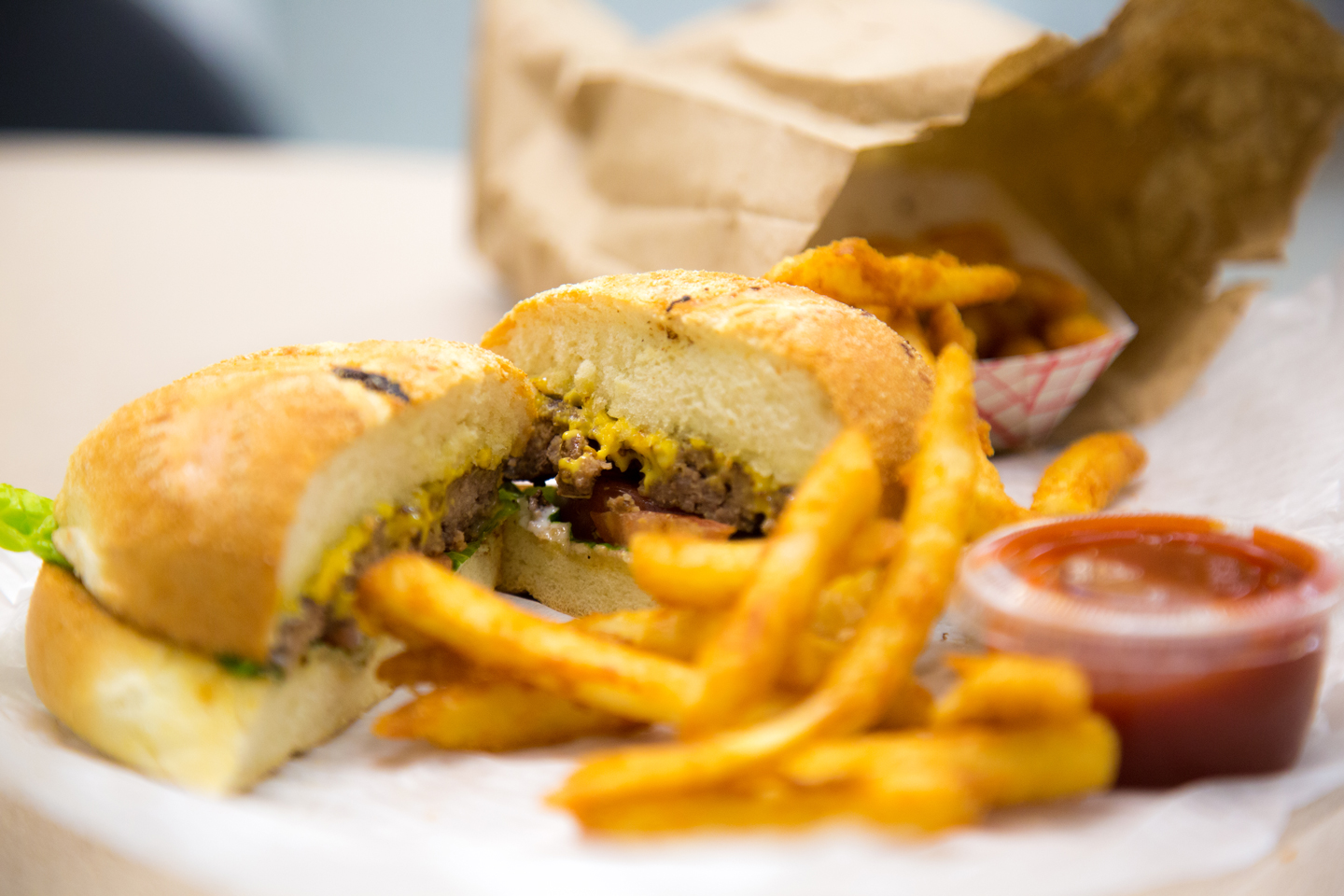 Consumers who eat lots of fast food are exposed to higher levels of harmful chemicals called phthalates, according to a new study. (Matthew Golden/Milken Institute School of Public Health)

People who reported consuming more fast food in a national survey were exposed to higher levels of potentially harmful chemicals known as phthalates, according to a study published Wednesday by researchers at Milken Institute School of Public Health (Milken Institute SPH) at the George Washington University.

The study, one of the first to look at fast-food consumption and exposure to these chemicals, appears in the journal Environmental Health Perspectives.

“People who ate the most fast food had phthalate levels that were as much as 40 percent higher,” said Ami Zota, the lead author of the study and an assistant professor of environmental and occupational health at Milken Institute SPH. “Our findings raise concerns because phthalates have been linked to a number of serious health problems in children and adults.”

Phthalates belong to a class of industrial chemicals used to make food packaging materials, tubing for dairy products and other items used in the production of fast food. Other research suggests these chemicals can leach out of plastic food packaging and can contaminate highly processed food.

Studies of the health impact of exposure to these chemicals have suggested they can damage the reproductive system and may lead to infertility.

Dr. Zota and her colleagues looked at data on 8,877 participants who had answered detailed questions about their diets in the past 24 hours, including consumption of fast food. The participants also had provided researchers with a urinary sample that could be tested for the breakdown products of two specific phthalates—DEHP and DiNP.

Dr. Zota and her colleagues found that the more fast food participants in the study ate, the higher the exposure to phthalates. People in the study with the highest consumption of fast food had 23.8 percent higher levels of the breakdown product for DEHP in their urine sample. And those same fast food lovers had nearly 40 percent higher levels of DiNP metabolites in their urine compared to people who reported no fast food in the 24 hours prior to the testing.

The researchers also discovered that grain and meat items were the most significant contributors to phthalate exposure.

Dr. Zota says the grain category contained a wide variety of items including bread, cake, pizza, burritos, rice dishes and noodles. She also notes that other studies have identified grains as an important source of exposure to these potentially harmful chemicals.

In addition, the researchers also looked for exposure to another chemical found in plastic food packaging--Bisphenol A or BPA. Researchers also believe exposure to BPA can lead to health and behavior problems, especially for young children. This study found no association between total fast food intake and BPA. However, Dr. Zota and her colleagues found that people who ate fast food meat products had higher levels of BPA than people who reported no fast food consumption.

This study fits into a larger field of ongoing research showing that phthalates are in a wide variety of personal products, toys, perfume and even food.

In 2008, Congress banned the use of phthalates in the production of children’s toys because of concerns about the health impact of these chemicals.

But Dr. Zota notes that DEHP and DiNP are two phthalates still in use despite concerns that they leach out of products and get into the human body.

Large studies that might conclusively link phthalates in fast food and health problems could take years to conduct.

In the meantime, Dr. Zota offers some common sense advice.

She notes that frequent consumption of fast food is not recommended because such foods contain higher amounts of fat, salt and calories.

“People concerned about this issue can’t go wrong by eating more fruits and vegetables and less fast food,” Dr. Zota suggests. “A diet filled with whole foods offers a variety of health benefits that go far beyond the question of phthalates.”

The study, “Recent Fast Food Consumption and Bisphenol A and Phthalates Exposure Among the US Population in NHANES, 2003-2010,” was funded by the National Institute of Environmental Health Sciences.