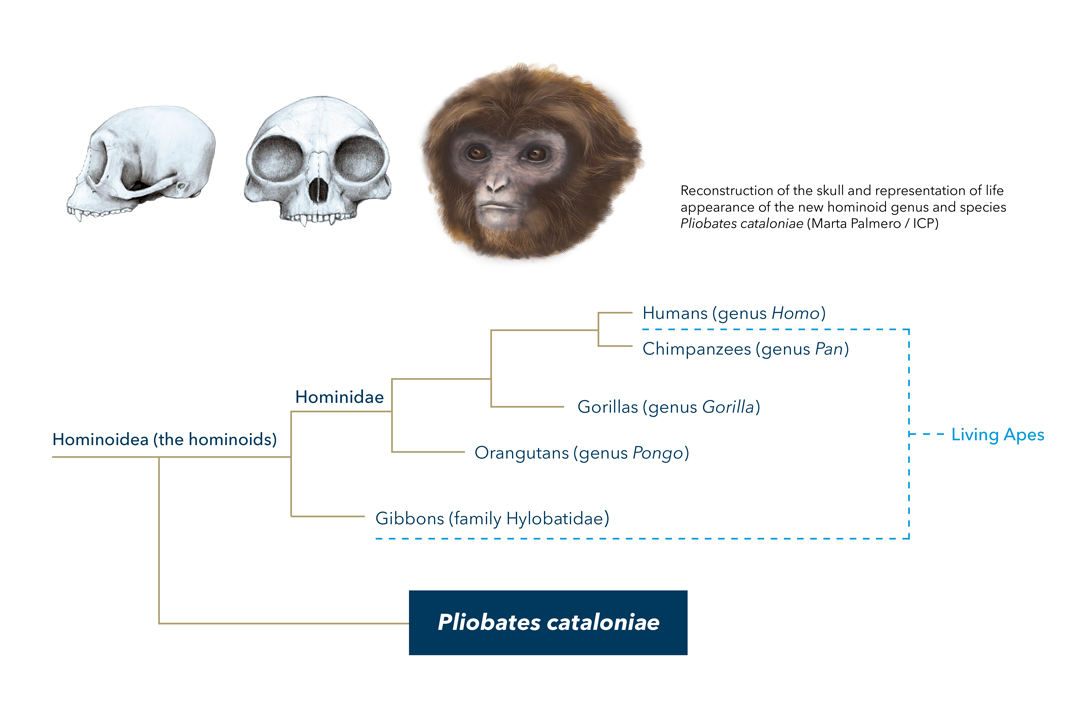 A team of researchers from the George Washington University and the Institut Català de Paleontologia Miquel Crusafont (ICP) identified a new genus and species of small ape that existed before the evolutionary split of humans/great apes (hominids) and gibbons (the “lesser apes” or hylobatids).

The findings were published Thursday in Science magazine.

“This fossil discovery is providing a missing chapter to the beginning of ape and human history,” said Sergio Almécija, assistant professor of anthropology in the Center for the Advanced Study of Human Paleobiology at GW’s Columbian College of Arts and Sciences.

The discovery fills a gap in the fossil record, giving researchers another piece of information about the evolution of great and small apes. Anthropologists previously thought that great apes were present before small apes, mainly due to the lack of small apes and ancient gibbons in the fossil record. Pliobates has forced them to consider the role that small apes played in hominoid evolution.

“These remains clearly belong to an ape, but they are so small,” Dr. Almécija said. “Then we realized, maybe we are looking at this the wrong way. Maybe some early ape ancestors were smaller than we thought.”

The partial skeleton that led to the announcement was discovered during the construction of a landfill in Barcelona, Abocador de Can Mata, in 2011 and was composed of 70 fossil remains. Scientists concluded the fossil remains belong to an adult female that weighed between 9 and 11 pounds, consumed soft fruits and moved through the forest canopy by climbing and suspending below branches. Pliobates cataloniae lived 11.6 million years ago.