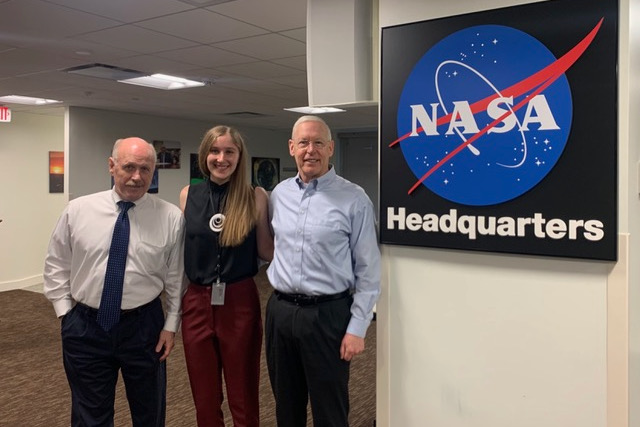 Given her family’s scientific background, it’s relatively unsurprising that, as a high schooler in Southern California, Laura Ratliff was suggested when a biology lab at the local university, Caltech, was looking for student researchers. After all, the current George Washington University master’s student in international space policy is the daughter of two scientists who work at NASA’s Jet Propulsion Laboratory (JPL) and regularly tagged along to Caltech lectures, international scientific meetings and weekend trips into JPL as her mother commanded her spacecraft.

The summer of biology research led her to opt for a more traditional biology route instead of space when starting college, but Ratliff soon discovered that part of the scientific process that fulfilled her the most was applicable across both disciplines.

“I really enjoyed the exploration of the unknown that I found in biology,” Ratliff said. “I think it’s the same with space. In both fields there’s so much we don’t know that you can ask what seems like a really simple question, and we just don’t have an answer yet.”

She is now a definitive part of the family business, using the base knowledge she gained through astrobiology research to carve her own path in space study. Ratliff, who has a bachelor’s degree from Georgetown University in biology, is now completing her fourth internship at NASA, this time helping establish a consensus on how U.S. agencies define terms related to lunar positioning, navigation and timing systems.

With NASA’s proposed operations for the moon—the Artemis program, an effort to establish a sustainable human presence on the moon’s surface—there could be great benefit from having a GPS-like lunar system. Since much of the U.S. government uses GPS technology, Ratliff’s role is to find common ground between different interagency perspectives.

Slated to graduate from GW in 2023, Ratliff has appreciated working in the operations division this summer to broaden her background and learn more about the navigation systems that enable the projects she hopes to help shape through planetary science policy.

“The big thing with planetary protection, and just astrobiology in general, is that the choices we make now will define what we can do decades, if not centuries, down the road,” she said. “From a policy perspective, I’m thinking about the long-term effects of our actions.”

She credits some of her course work at GW for helping her discover that wide breadth of knowledge in space policy. She especially found Space Policy Institute Director Scott Pace’s classes to be enriching in that regard.

Pace, who served as executive secretary of the National Space Council to former Vice President Mike Pence and as deputy assistant to the president from 2017 to 2020 under former President Donald Trump, noted Ratliff’s strong technical literacy and curiosity as attributes that have led to success in the classroom and that will serve her well as she builds her career in space policy.

“She’s very thoughtful in making connections between pieces,” Pace said. “She will connect dots between different areas, which is good because translation work is a lot of what space policy is. You’re translating between different technical, political, legal and international communities.”

Ratliff also mentioned an impactful systems engineering course taught by NASA employee and GW School of Engineering and Applied Science Adjunct Professor Zachary Pirtle. She found value in learning about the policy world from a systems engineering perspective, especially since he brings in examples from NASA, as well as historical perspectives from space shuttle decisions and the like, to class.

“GW offers a unique opportunity in the option to take a system engineering class specifically beneficial for NASA policymaking decisions in a way I would not get at other places,” she said.

Recently, Ratliff won GW’s inaugural Michael Thacher Prize for Outstanding Publication in Space Policy for her paper “Space Debris Reentry: Inadvertent Geoengineering?” Her forward-thinking approach to space policy came through in her writing as she explored at what point should there be concern about the climate impact from satellites re-entering the atmosphere.

“I thought that was very creative for her to pull together pieces from several different fields,” Pace said.

Her prize was $2,000, while two runner-up finishers won $1,000 each. Ratliff’s paper has also led to quotes in a Scientific American article partly inspired by her work. 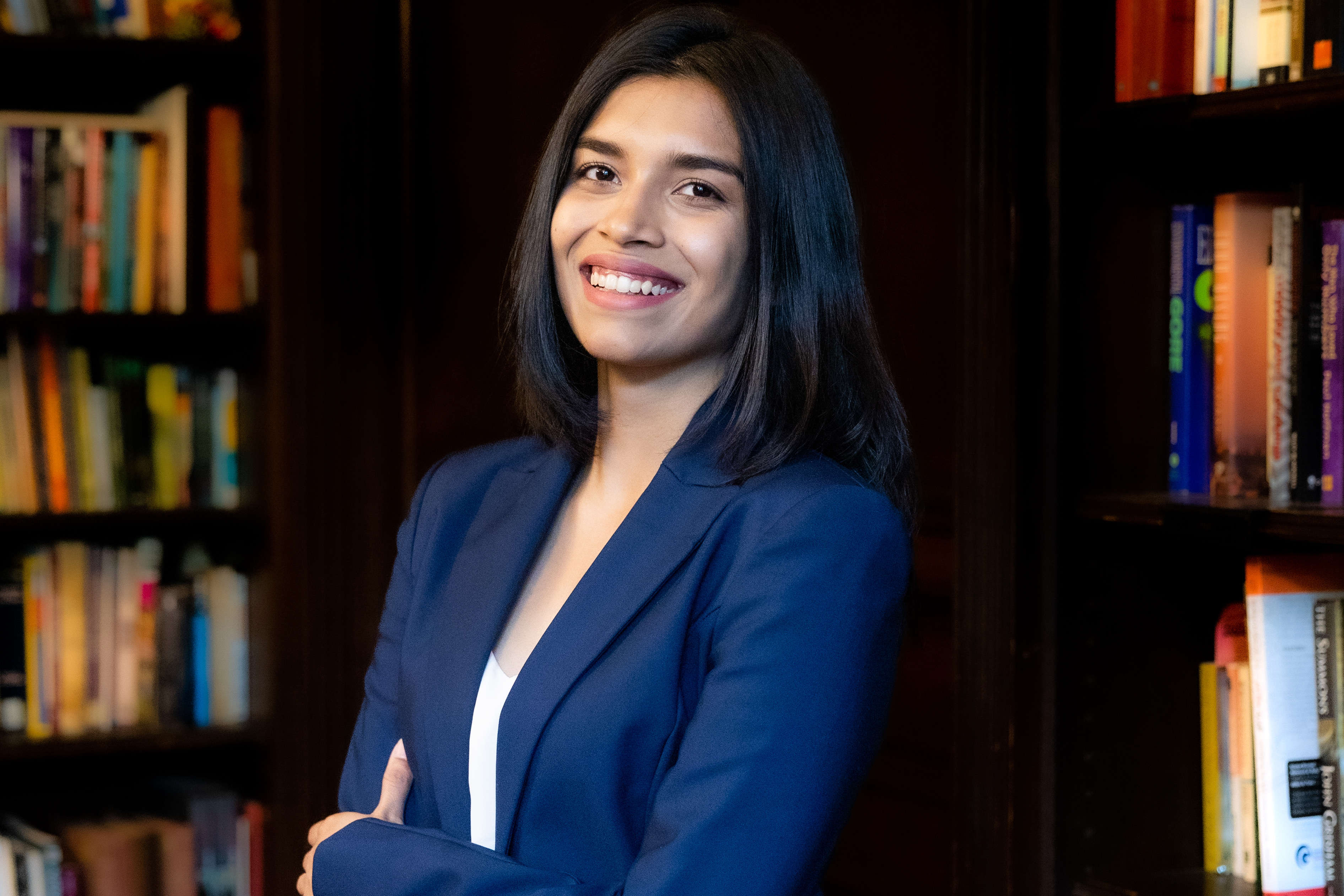 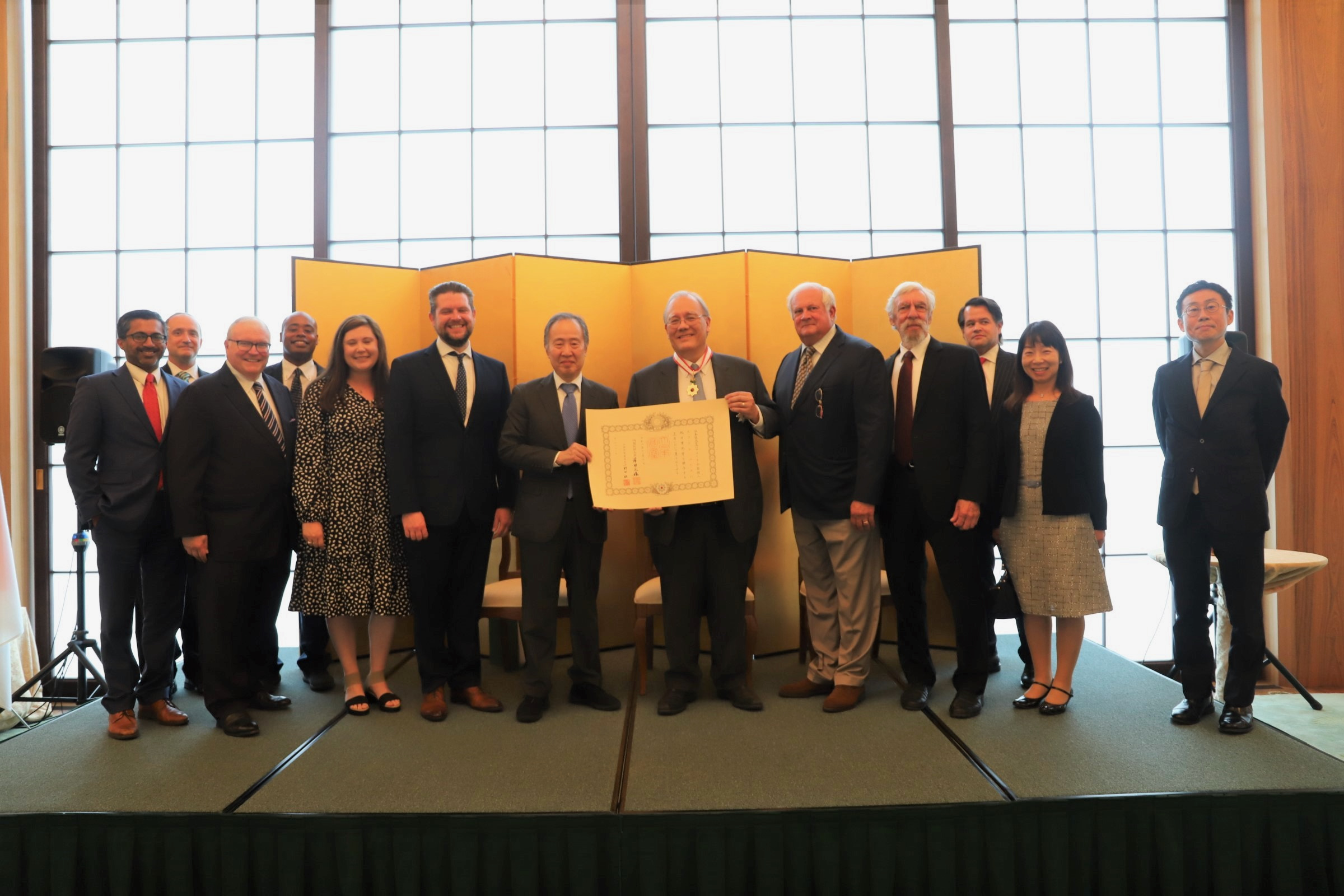