The deputy director of the Program on Extremism, a Corcoran faculty member and nine alumni from CCAS, Corcoran and SMPA were recognized for excellence in journalism.
May 12, 2022 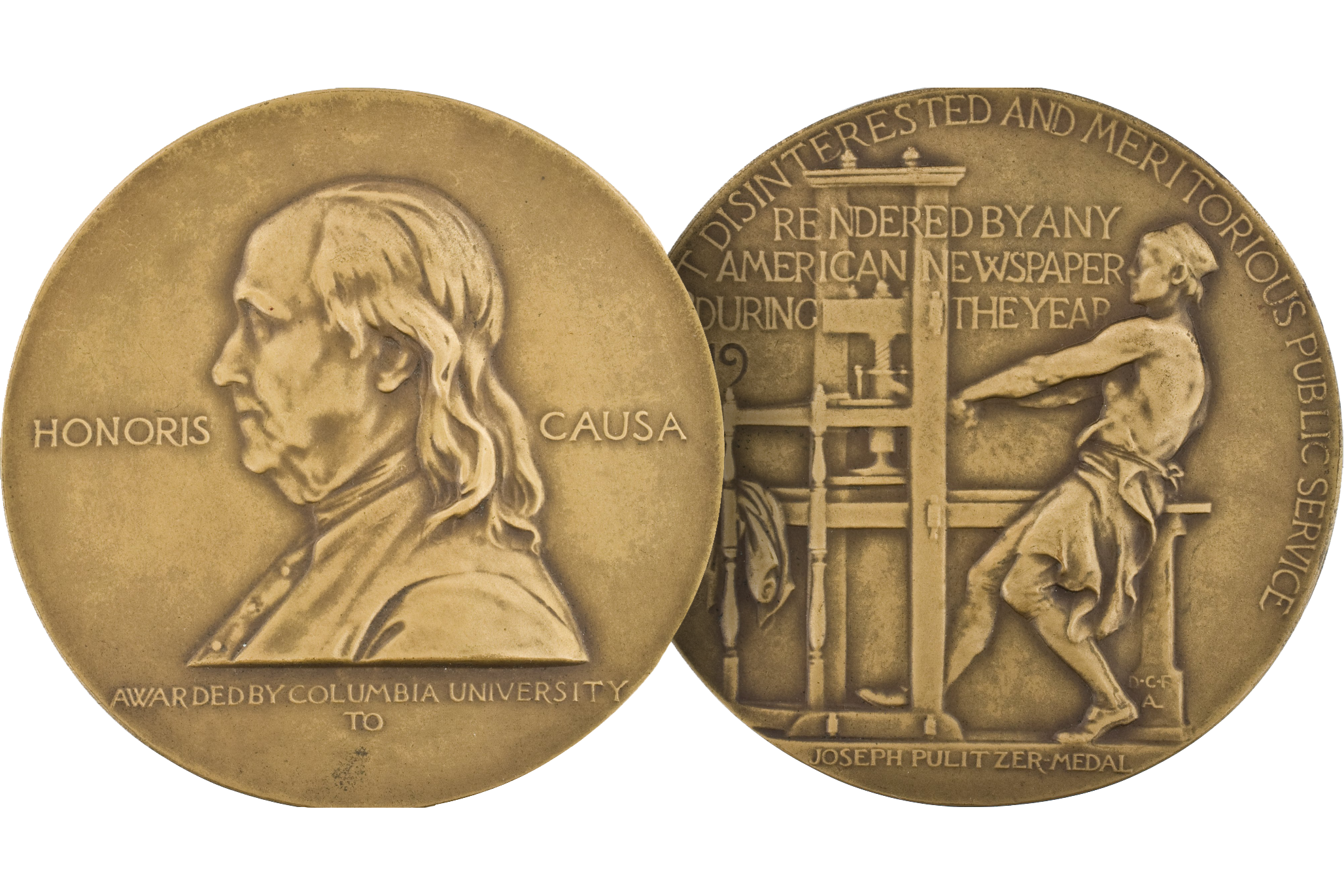 Eleven members of the George Washington University community were awarded Pulitzer Prizes—the highest national honor in journalism and the arts—on May 9 for their work in journalism covering the Jan. 6, 2021, insurrection at the U.S. Capitol and examining fatal shootings by law enforcement during traffic stops in the United States.

Seamus Hughes, deputy director of GW’s Program on Extremism, was among a team of journalists whose work for The New York Times examining fatal shootings by law enforcement during traffic stops was awarded the Pulitzer Prize for National Reporting.

Astrid Riecken, a professorial lecturer in photojournalism at the Columbian College of Arts and Sciences (CCAS) Corcoran School of the Arts and Design, was among a team of journalists at The Washington Post who received the Pulitzer Prize for Public Service for the media company’s coverage of the Jan. 6, 2021, insurrection at the U.S. Capitol.

In addition, Corcoran alumnus Sam Corum, B.F.A. ’12, was awarded a Pulitzer in the Breaking News category for his work with a team of photographers covering the Jan. 6 insurrection for Getty Images.

"It's quite simply surreal to me," Hughes said. "I was fortunate to play a small part of helping a team of top-rate journalists weave disparate streams of information into a compelling series of stories that had immediate and lasting impact."

The announcement by the Pulitzer board said that "The New York Times" was recognized "for an ambitious project that quantified a disturbing pattern of fatal traffic stops by police, illustrating how hundreds of deaths could have been avoided and how officers typically avoided punishment."

The New York Times reporting project disclosed the killing by police of more than 400 unarmed drivers and passengers over a five-year period from 2016 to 2021 during traffic stops in which no criminal act by the shooting victims was involved. According to the story, out of hundreds of cases, only five officers have been charged in the shootings and convicted of crimes related to the shootings. Local governments paid at least $125 million in wrongful death lawsuits to estates of the shooting victims.

As part of the reporting effort, Hughes pulled more than 15,000 pages of filings in criminal and civil federal courts related to the 400 cases, called court clerk offices around the country and pored over transcripts, court exhibits and civil settlement letters to get a better sense of what happened in those cases. Reporters cross-referenced the documents with interviews, local news reporting and video recordings of the police incidents to find out why so many police traffic stops escalate into fatal encounters.

"I've been on contract with 'The New York Times' for nearly two years, helping out journalists throughout the organization discover hard-to-find court records or file breaking news," Hughes said. "I work closely with the D.C. [bureau], investigative and national desks."

Hughes said that the GW Program on Extremism has had a long history of doing investigative research on arrests of alleged terrorists using court records. "Using the lessons from that process, I've been helping journalists around the country with understanding the federal court system," he said. "I've provided bureau trainings to every major media organization, from the Associated Press, Reuters, CBS News, NBC and 'The Washington Post.'" 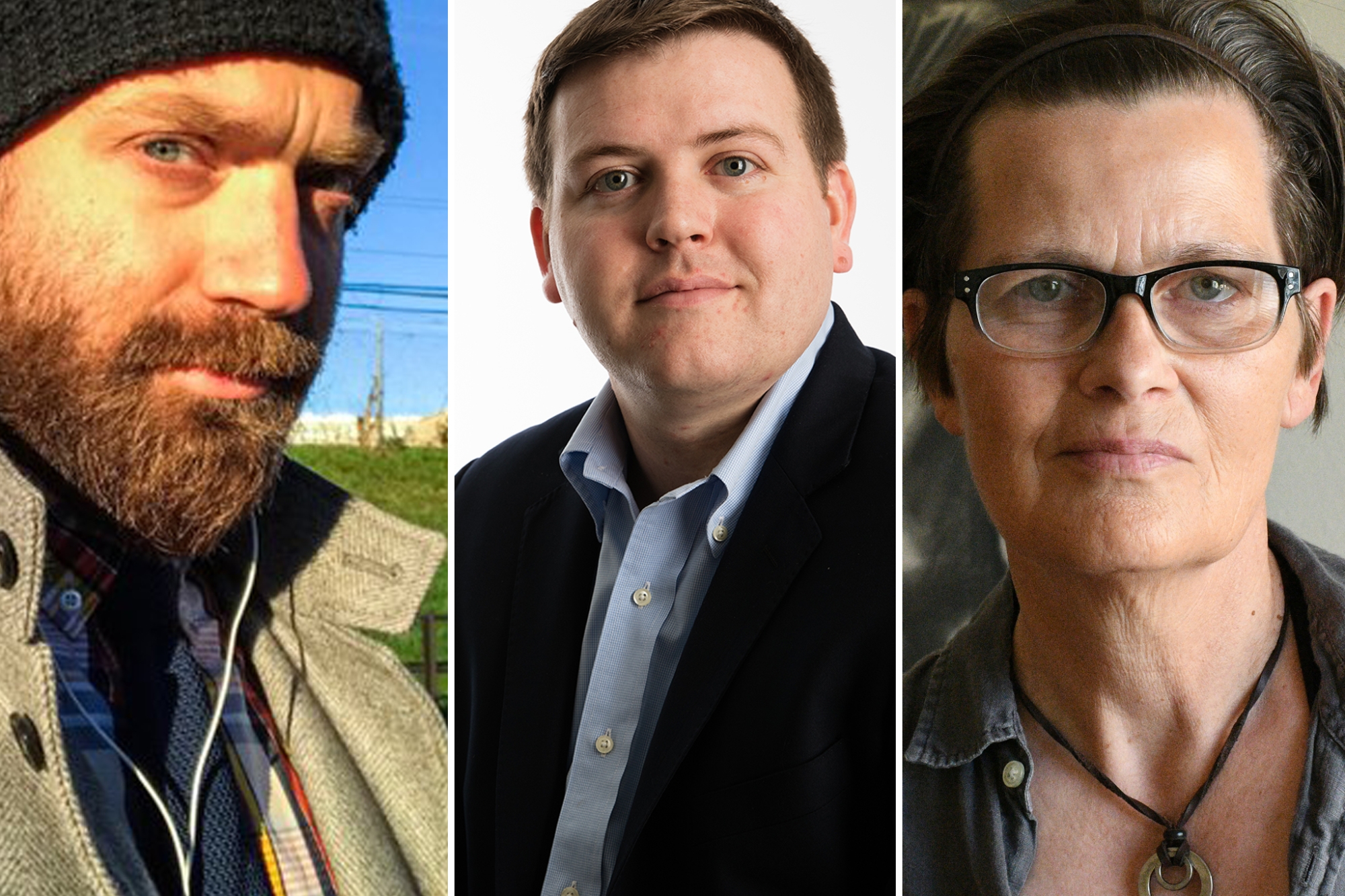 Riecken, who has taught photojournalism at the Corcoran School since 2016, was among "The Washington Post" team of reporters and photographers recognized for their coverage of the insurrection at the U.S. Capitol.

A statement from the Pulitzer jurors said the coverage was a compellingly told and vividly presented account of the assault on Washington, providing the public with a thorough and unflinching understanding of one of the nation's darkest days.

"I am particularly proud to win a Pulitzer in this category because I believe with all of me that the work we do is public service, just like teaching young aspiring photojournalists at GW who want to follow in my footsteps is public service for me," Riecken said. "A free press is essential to maintain a democracy. This is why I do what I do."

Corum, a U.S. Marine combat veteran who served two tours in Iraq, joined four other photographers from Getty Images to win the Pulitzer Prize in Breaking News Photography for comprehensive and consistently riveting photos of the attack on the U.S. Capitol.

"I'm still in a bit of shock that we won because there were so many incredible photographs from fantastic photographers that day," Corum said. "Every journalist who risked their safety on Jan. 6 deserves to be recognized."

Corum said he recalls saying the day after the insurrection that a Pulitzer-winning photograph had been taken during that melee, but none of those working that day knew by whom. "I had no idea that two of the photographs to win a Pulitzer would be mine," he said.

"The fact that Getty won it as a team shows how important it is to include multiple perspectives in journalism," Corum said. "There are many other photographers and editors who were pivotal to our coverage, and I wish their names could also be included on the Pulitzer."

The Pulitzer Prize board said that Corum and the other Getty photographers were recognized for “comprehensive and consistently riveting photos of the attack on the U.S. Capitol.”

“I never thought I would experience what I did on Jan. 6 at the Capitol,” Corum said. “Pure mob chaos is truly terrifying. I don’t think any photographs or videos can really portray the terror that happened that day. It’s been something that has been harder for me to deal with than Iraq. Maybe it’s because it happened so close to home, but I hope it never happens again.”