Election Participation Is End Game for Some Tech Companies

Representatives from Google, Facebook, Twitter, Uber, Democracy Works and others explain their goals for the upcoming presidential general election.
October 6, 2016 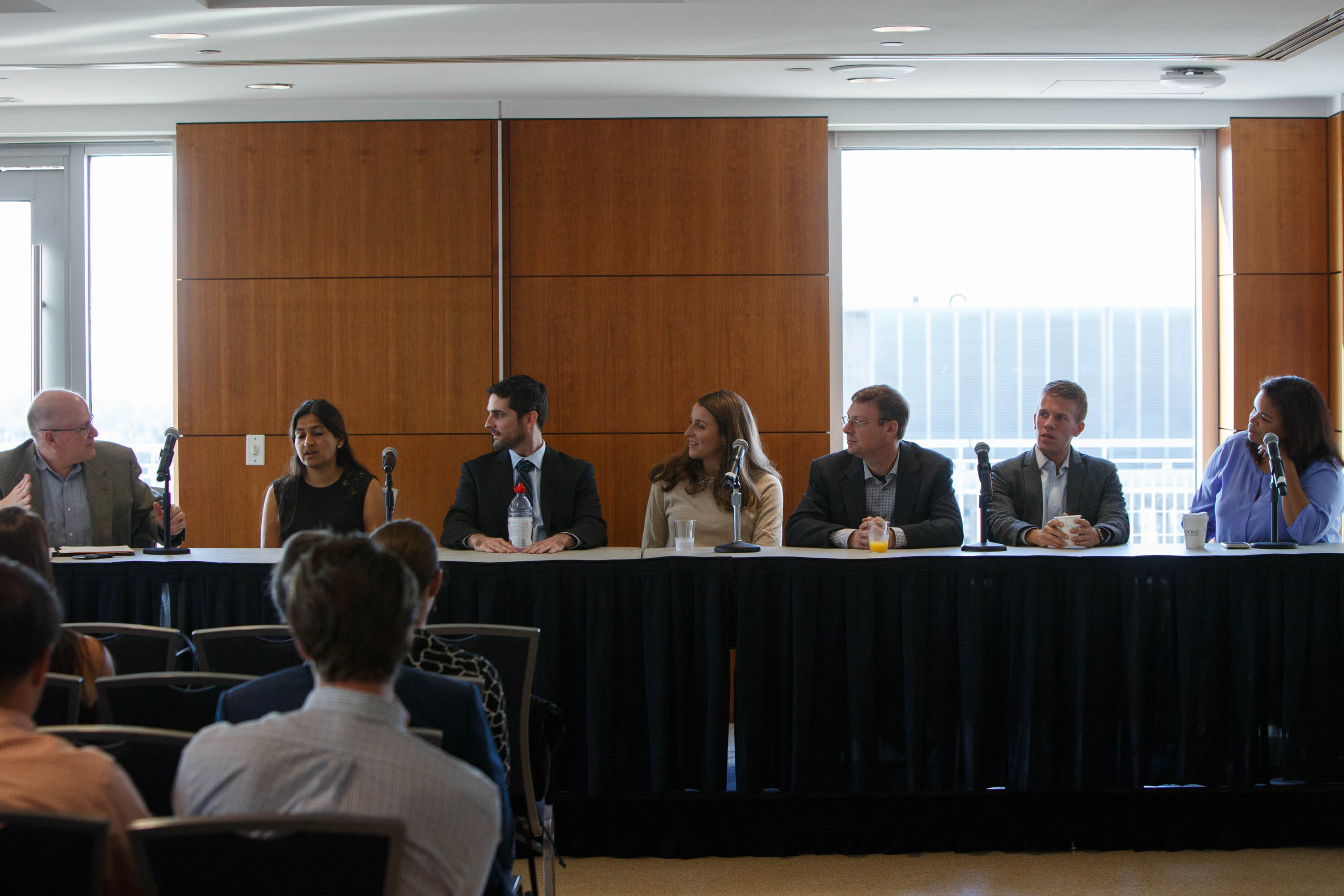 As one of the most divisive presidential elections in American history approaches, many large technology companies and nonprofit organizations are urging users to register to vote and guiding them through the process.

These organizations are also undertaking other election-related initiatives. As a result in this charged environment, their activities are under much scrutiny.

All on the panel agreed that their companies are much more involved now than they were in the 2012 presidential election.

Google is an example. This summer it introduced a widget that appears in search results related to voting. It shows users how to register and lists the requirements and deadlines.

For the first time, Facebook is using its news feed to remind users to vote, and they can find out how with a mouse click. In addition, Facebook has opened a tab that allows users to see where the presidential candidates stand on the major issues.

“Facebook is a completely different product in the sense of what we had to offer from four years ago,” said Crystal Patterson, the firm’s government and politics outreach manager. “We’ve really upped our ante on election-specific content. We think of Facebook as the new town hall.”

Democracy Works Inc., a non-partisan, nonprofit organization that encourages Americans to register to vote and participate in elections, has partnered with several corporations to get out its message.

On National Voter Registration Day last month, for example, Democracy Works and Starbucks hosted an event on Facebook Live in which Grammy Award winner Common urged Americans to participate in the political process.

“I don’t know if anyone has ever had such a proactive network of corporate and nonprofit working together to reach out and engage people,” said Mike Ward of Democracy Works.

Twitter has created a tool that allows users to get personalized voter information through direct messaging. The social networking firm also has partnered with Bloomberg to live stream the presidential debates, with access, of course, to Twitter commentary.

“Anyone who’s ever watched a debate, it’s not complete without having Twitter, scrolling through to see what everyone is saying,” said Amanda Faulkner, Twitter’s manager of public policy. “This is just a way Twitter can be used more naturally and effectively.”

Similarly, Microsoft has partnered with PBS to launch WatchTheDebates.org, an interactive civic education and voter engagement site with access to every general election debate since 1960.

Not all of these technology-company initiatives are free of controversy.

GW Associate Professor of Political Management Michael Cornfield, who moderated the panel, pointed to an experiment via Facebook, showing users pictures of their friends who had voted. The tactic drew an estimated 340,000 additional voters in the 2010 congressional elections.

“It wasn’t just informing, it was engaging,” said Mr. Cornfield who then posed a question to the panel:

“Are any of the rest of you trying—to the extent that you can—to make this a social occasion where you’re frankly playing on guilt and shame?” he asked.

Twitter and Google recently have introduced online badges and emojis that allow users to indicate that they are registered to vote.
“A lot of people shared them,” said Ramya Raghavan of the Google elections team. “It gives people that social proof, that social badge, that they want to share.”

After the last presidential election, a study by Pew Research showed that only 31 percent of Americans believed that votes were accurately counted, which was down from both of the previous elections.

In the name of civic responsibility, the tech giants are eager to show that their products can help increase transparency, give a voice to all and rebuild trust.

“All of our platforms have given people the ability to get the word out about things positive and negative,” Ms. Faulkner said. “That is powerful—the fact that someone can walk into a polling place and be able to Tweet out what they saw, that’s something that can spark coverage.”