Developing the Next Generation of Solar Cells 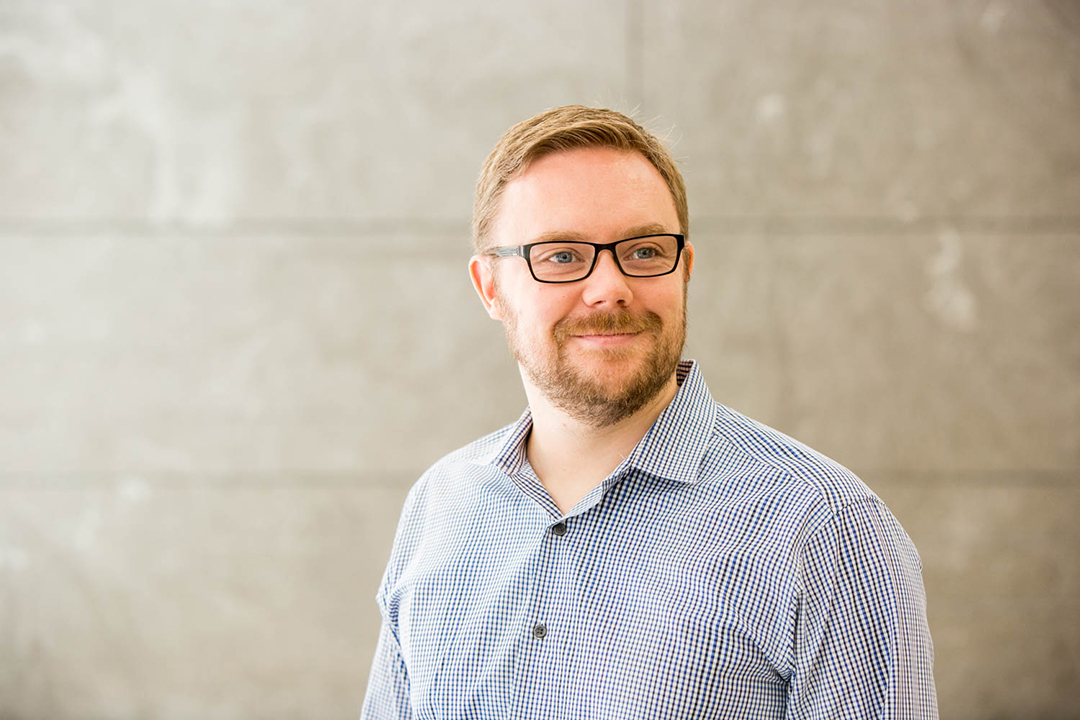 Through a $900,000 grant from the Advanced Research Projects Agency-Energy (ARPA-E), the George Washington University has joined a partnership to develop novel solar cells and create what has the potential to be the world’s most efficient solar panel.

GW researchers will work with Semprius, a Durham, N.C.-based startup; the Naval Research Laboratory; tool supplier Veeco and the University of Illinois at Urbana-Champaign
ARPA-E funded the project, “Micro-Scale Ultra-High Efficiency CPV/Diffuse Hybrid Arrays Using Transfer Printing,” with the GW effort led by research scientist Matthew Lumb in the School of Engineering and Applied Science. While the GW share is $900,000, the total budget for the project is $3.6 million.

Dr. Lumb also is based full time at the Naval Research Laboratory, where his main role has been writing and designing computational models to build solar cells. His research project is one of 11 solar technology innovations that ARPA-E is supporting through a $24 million program called MOSAIC.

“This is an exciting opportunity for GW to partner with a leading innovator in solar energy and produce a new concept in solar panel design,” Dr. Lumb said.

The most common types of solar panels—the big grid-like rectangles you see on the roofs of houses—use flat-plate photovoltaics technology to convert sunlight into energy through large solar cells, Dr. Lumb said. These are often made from abundant, cheaper materials, such as silicon.

Semprius has commercialized a different option that uses sophisticated materials to increase efficiency. The company has created concentrator photovoltaic (CPV) panels that employ lenses to stream sunlight onto micro-scale solar cells. The sun's rays are concentrated more than 1,000 times, drastically reducing the amount of expensive solar cell material required and replacing it with much cheaper materials such as glass. This material saving also allows more sophisticated solar cells to be used cost effectively, resulting in higher efficiency due to the combined effects of better solar cells and concentrated sunlight.

Dr. Lumb said that CPV modules only convert direct sunlight—which limits the technology to sunny geographic regions (think countries like Saudi Arabia and U.S. regions like Arizona). So he’s teaming up with Semprius to figure out a CPV design that can be created cost effectively and used across different locations. Fundamental to the solution is transfer-printing, a commercial technique championed by Semprius that enables precise, parallel assembly of micro-scale devices with low cost.

A key component of the CPV module that Dr. Lumb and Semprius have been working on is a six-junction CPV solar cell. These are new cells that improve energy conversion efficiency. Technically, Dr. Lumb said, these cells are made from high-quality crystals that interact with light and split the solar spectrum six ways—which generate the electrons that power solar panels.

Another key component is capturing diffuse light, softer, scattered light that comes from all directions. Diffuse light is always present but cannot be captured in conventional CPV panels.
In some locations, diffuse light can make up a lot of the total solar resource (think cloudy places, like Portland) and the new CPV module will harvest this light using a large area solar cell integrated into the backplane of the CPV design—making a hybrid diffuse/direct module.

The term generally refers to the amount of power a cell produces as a fraction of what it takes in. The world record for a concentrator cell, measured under purely direct sunlight, is 46 percent. Dr. Lumb and his team are aiming for 50 percent with their concentrator cells.

Harvest efficiency, meanwhile, describes how much energy a solar module produces over a period of time relative to the total solar energy incident upon it. Dr. Lumb’s team is aiming for harvest efficiencies of greater than 30 percent over one year in a location where 40 percent of the resource arrives as diffuse light. This will extend the reach of CPV technologies to previously uneconomical locations and set a new precedent in solar panel performance.

“The MOSAIC program places an emphasis on solutions that combine cutting-edge scientific research, pushing the boundaries of what is possible, but which maintain a clear path to low-cost, manufacturable processes and designs. These factors create the potential for a disruptive impact on commercial photovoltaics of the future,” Dr. Lumb said.