Delight of the Living Dead

GW expert on monster theory says the fiends that bewitch us can provide commentary on the way we live.
October 28, 2015 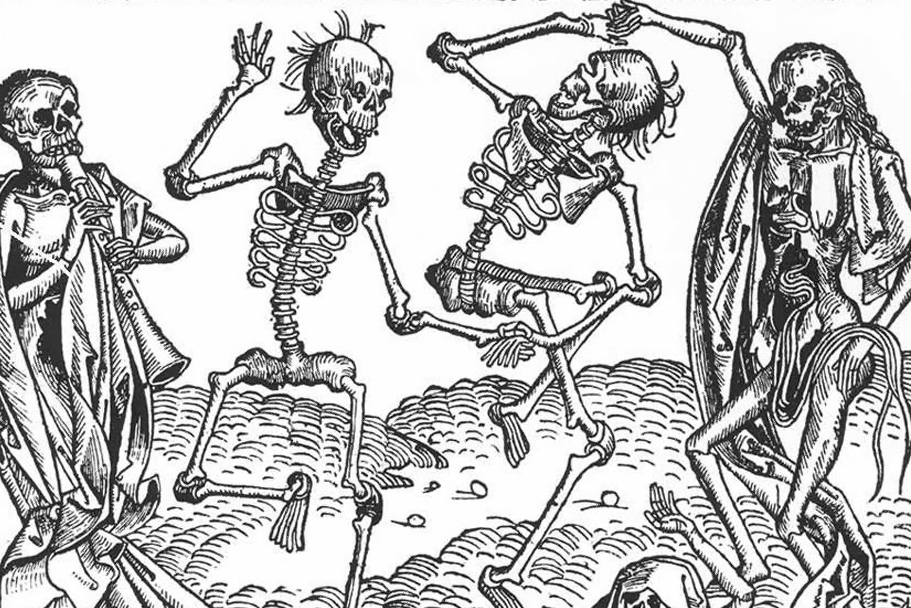 A skeleton dangles from Jeffrey Cohen’s front door. Corpses claw their way from under gravestones in his yard. Like many Americans, the George Washington University professor decorates his home for Halloween.

Dr. Cohen, however, has a special perspective on the ghouls that haunt his neighborhood. A professor of English and director of GW’s Medieval and Early Modern Studies Institute, in 1996 he published Monster Theory: Reading Culture, a book of essays on how to interpret cultures based on the monsters they engender and the fiends that fascinate them.

As the book approaches its 20th anniversary, he said, the questions it originally posed continue to be relevant—especially around the witching season.

“One of the things monster theory tries to get at is why humans throughout history are fascinated with this figure of the monster, and Halloween is a reminder of that,” Dr. Cohen said.

One monster that returns over and over in various guises—ghost, skeleton, vampire, zombie—is the dead human being that won’t stay dead.

“There’s no simple answer for why we’d be fascinated by these things,” he said. “It gets at a lot of our anxieties about our own mortality, sadness about the losses we experience and fears of what’s to come. But it’s also about desire. One of the things that frighten us about the monster is our strong identification with it: what it can do, the way it can violate social norms. It can live forever. It can destroy things.”

Monsters that endure beyond death may especially fascinate modern Americans, Dr. Cohen said, because of our own shifting relationship to the bodies of the dead and dying.

“A major difference between our culture and the United States of 50 years ago is that we don’t actually see what it’s like to suffer and die anymore. Most of us will probably never see a dead body unless we glimpse it on television, or maybe in a hospital. That’s a profound cultural shift from how it used to be, when people used to die in homes, and death and the dying were very visible.

“We don’t have any real knowledge of what the fate of the dead is anymore. We know our bodies are going to fall apart: we’re super interested in thinking about that.” But without firsthand exposure to the realities of death, “we just don’t have a [way] to think about it anymore.”

Undead monsters, Dr. Cohen said, are useful to modern cultural narratives for different reasons. The “beautiful and charismatic” vampire may reflect our “repugnance for the aging self and the pressure to maintain eternal beauty”—but it’s the shambling, gruesome walking dead that have recently captured our collective attention.

“Zombies are the ascendant monster of the last few years,” Dr. Cohen said, and unpacking why says something about our current political landscape.

“The zombie is the most mindless of monsters,” Dr. Cohen said. “They exist really just to be killed off, and there’s no possibility of any connection with them. I think part of it is that we do want a monster we can just destroy without tough moral questions or qualms of conscience.”

That desire may in part be a reflection of the fear and xenophobia that many political figures seek to harness.

“There will always be politicians that will harness fear to make us do things that we shouldn’t actually do,” Dr. Cohen said. “It became different and more intense after 9/11, of course, and it became much more focused. But some politicians have always been very skilled at making us feel imperiled even when we’re not.

“Honestly, I believe that’s one of the mass appeals of Donald Trump. He’s great at talking about immigrants in a rhetoric that makes them sound like zombies. They’re mindless, they’re insatiable—we have to build a wall to keep them out.”

And Trump himself, he said, in a way is “the monster of the left. People are fascinated, repelled by him, but not bored by him. He gets more and more attention the more outrageous he becomes.”

Dr. Cohen said his students at GW help inform his thinking on monstrosity.

“I’m always thinking [these issues] through in tandem with my students,” he said. “I love getting them to see monsters in a way that’s critically engaged, whether it’s Beowulf, Dracula, Frankenstein or whatever. They love thinking with the monster. It opens up all kinds of possibilities to them.”