Corcoran Students’ Work on Display in NEXT Exhibition

The annual thesis exhibition of the work of the graduating class of GW's Corcoran School of the Arts and Design runs through May 21.
April 17, 2017 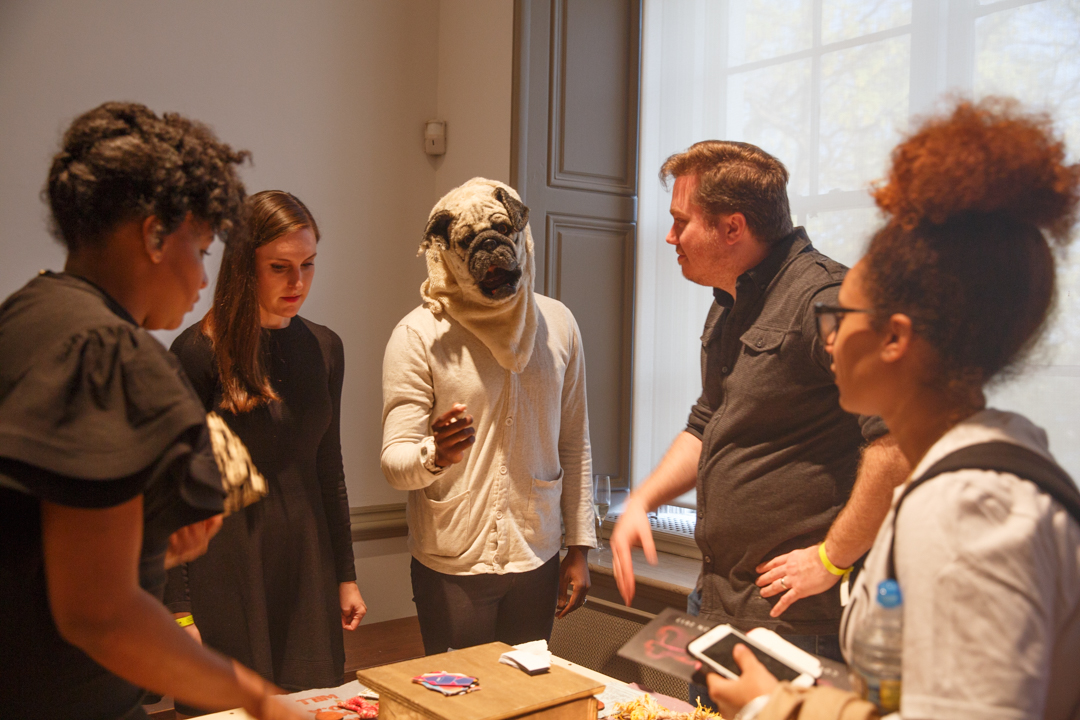 Corcoran student Jordan Shelton (center) wears a dog head as part of of his "Not for the Layman Game" project at the 2017 NEXT exhibition. (William Atkins/GW Today)

Outside the Flagg Building at the Corcoran School of the Arts and Design, enthusiastic visitors lined up to gain entry to the 2017 NEXT exhibition on Wednesday evening.

George Washington President Steven Knapp said he was “impressed that the excitement and passion for NEXT survived the constant construction” during the renovation of the Corcoran building.

In remarks opening the exhibition, Dr. Knapp shared some of the university's  historical connection to the Corcoran, which was built in 1897 to house the private art collection of William Wilson Corcoran, a GW benefactor who founded the School of Engineering and Applied Science.

“There’s still major work ahead for the building,” Dr. Knapp said of the ongoing renovations of the building. "But it will go a long way to integrating the arts program under Corcoran Director Sanjit Sethi’s leadership.”

Dr. Knapp congratulated the 2017 graduating seniors and graduate students. The works of 50 of them are showcased in “a stunning display of artistry and innovation.” The NEXT opening has become an increasingly popular spring event in D.C., this year drawing an estimated crowd of up about 900 people.

On view in the vast halls of the Corcoran were works displaying everything from exhibition design to graphic design to painting and print making to sculpture and to photojournalism.

A whole wall in one room of the gallery was taken up by 322 black panels assembled together, gradations of black varying in intensity and texture. “Numina” is the work of Arel Peckler who explained, “It records the fleeting moment of a reaction between inks and solvents, captured with the intense pressures of the printing press."

"Through the collection of fragments,” she said, “the vastness of the unknown is made visible.”

“It’s individual," he said. "It’s deep art, it’s enveloping. At the same time, there’s something mesmerizing about it.”

Another graduating artist, Alexandra Baran, spent the year investigating the iconography of Christianity through photography, derived from her experience growing up in a Byzantine Orthodox church with what she said were “a lot of luxurious icons, ritual and performance.”

There’s a series of black and white photographs, the weeping head of a statue, a drop of water rolling off the cheeks of mottled stone. In another, in starkly contrasting textures, an icon of the Virgin Mary encircled by an aura of light and intricate metallic patterns is laid against furls of a glossy cloth. Mounted next to it is a moody image that draws the eye to the tattoo of a cross on the chest of a young woman who lies gazing into the distance.

Ms. Baran explained that she took the Russian icon to the tomb of the Virgin Mary.

“I layered it in this burial kind of garment that matches her hood,” she said. “It ranges from this to a girl that I found on the Internet who has a stick and poke cross who I asked to photograph because it abstracts the ritual concept.“

She is currently doing an internship at the Smithsonian where she said she’s helping to archive a huge collection of photographs.

An exhibition design presented by graduate student Hsin-Yen Lin uses the Pixar movie “Inside Out” to help children explore emotions and learn to embrace them.

Ms. Lin said psychiatrists have found the film useful in helping children deal with the experience of loss and other emotions. She said she wants to take that to the next step.

“Everybody can go to a museum and learn about emotions,” she said.

Her design was in the form of a proposal that would create interactive experiences. One potential display she said would help children deal with fear.

“There’s a door that opens, and you see the shadow of a monster in the dark," she said. "You turn on the light, and you see it is just a closet.”

Mr. Sethi sees in the work of the 2017 NEXT generation a “future that is socially engaged."

"This is one where it can’t be these binaries regarding black or white or social or formal,” he said. “There is a significant degree of yearning for the world to be a different place in the work I see here.”

The exhibition runs at the Corcoran through May 21 on Wednesdays through Sundays 1 p.m. to 6 p.m. 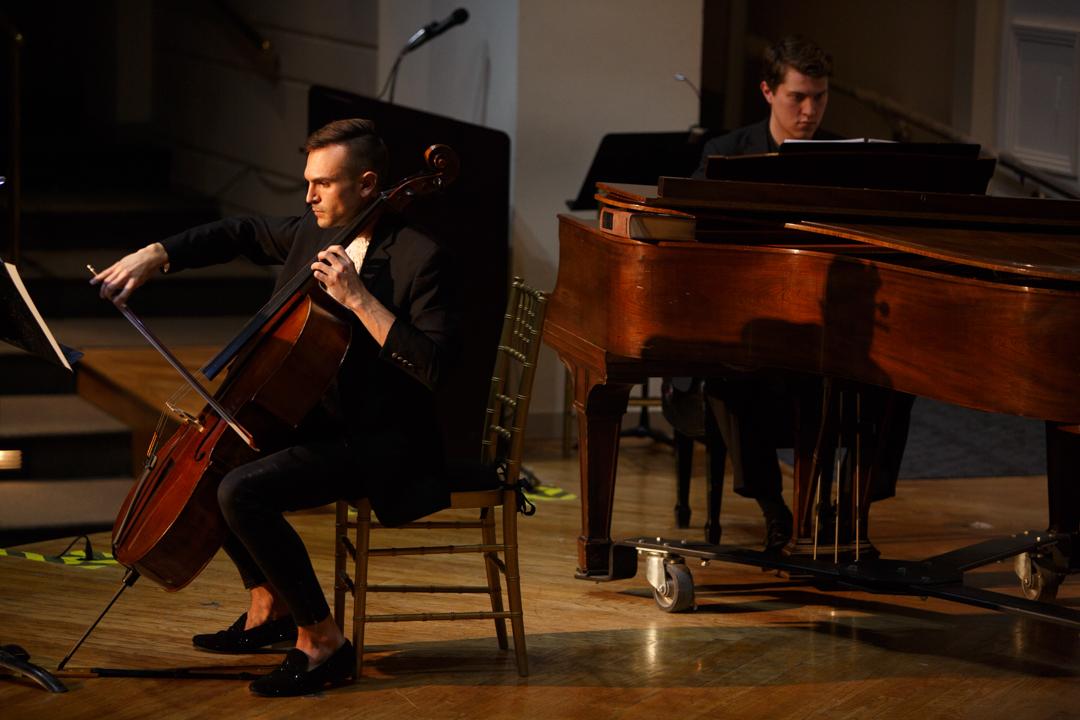 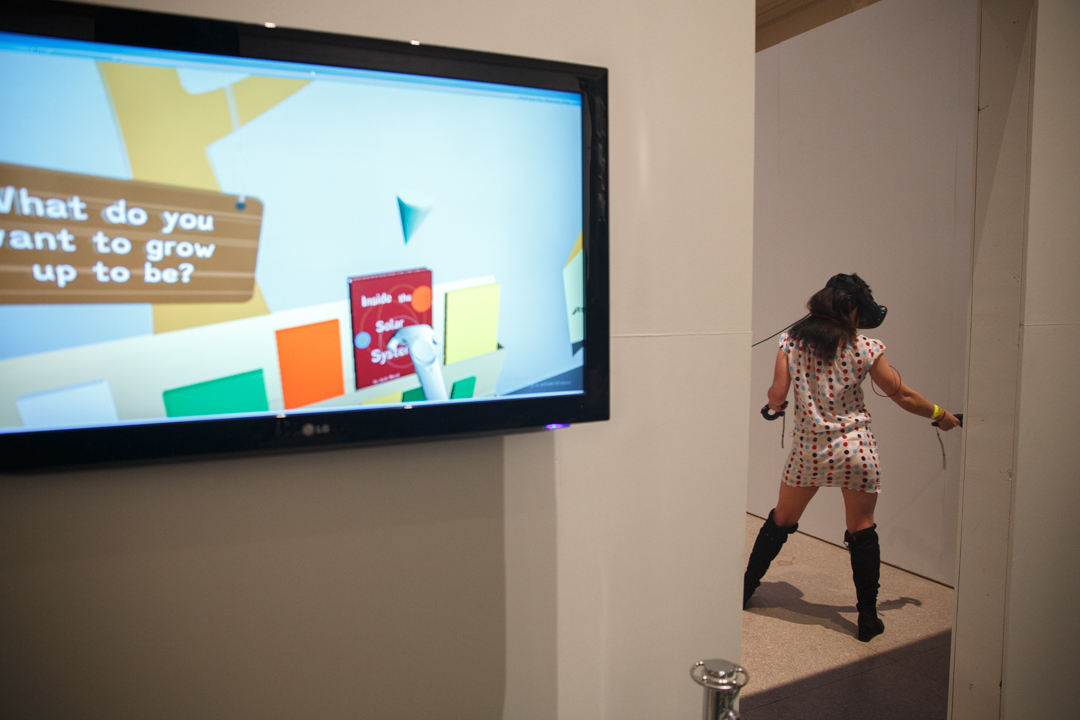 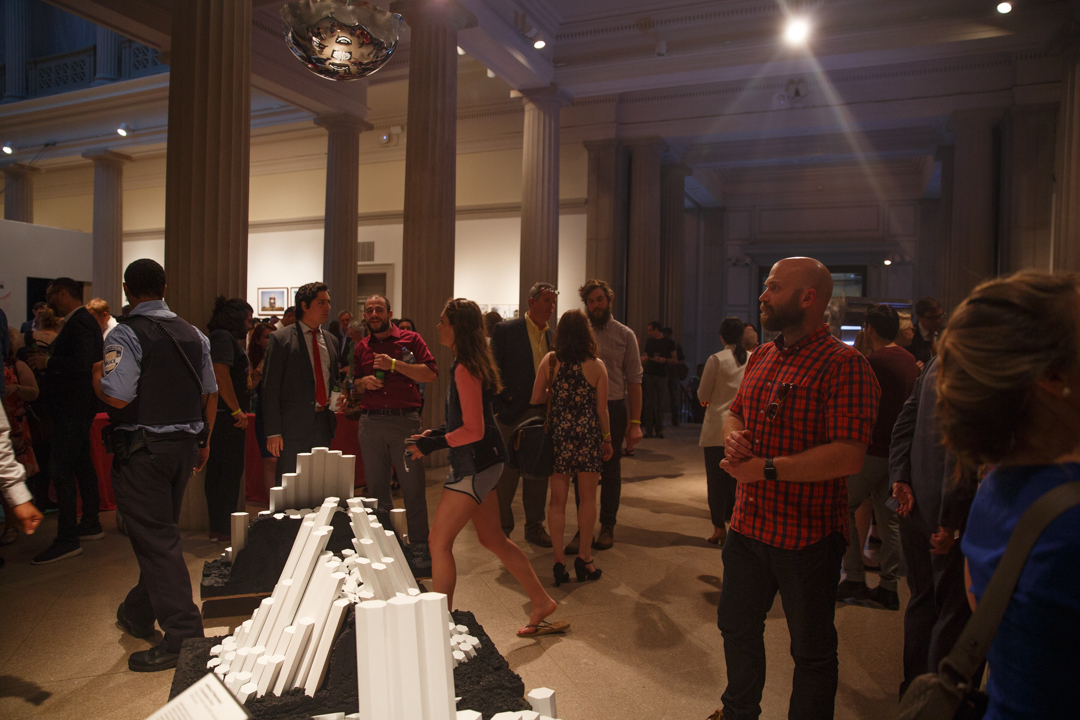 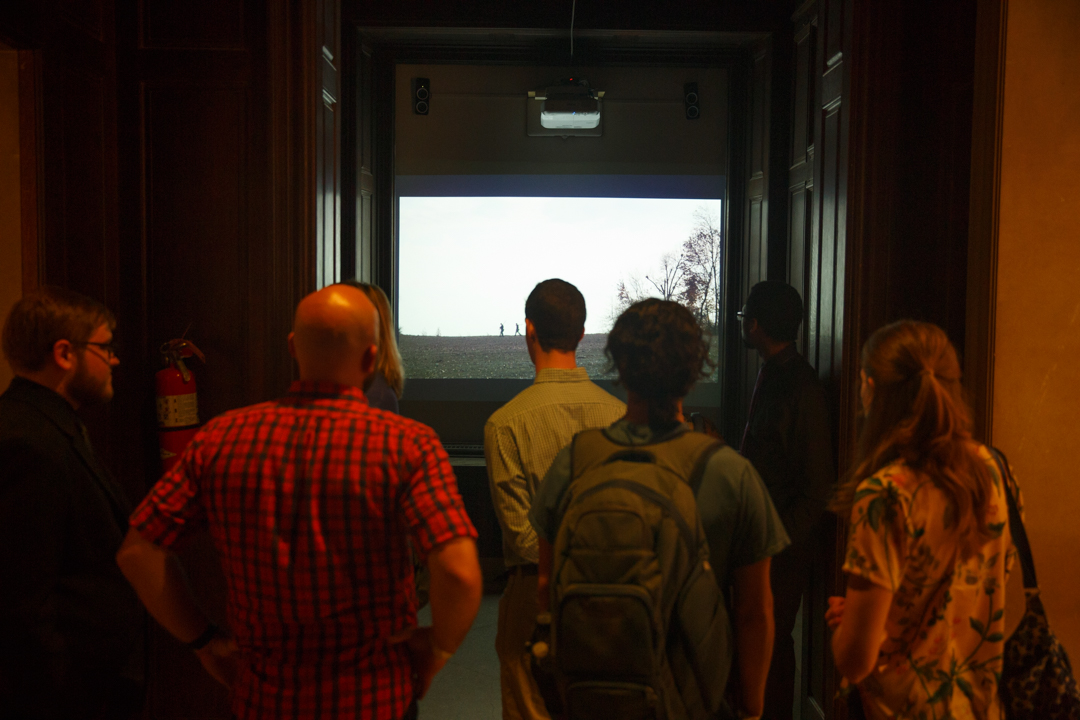 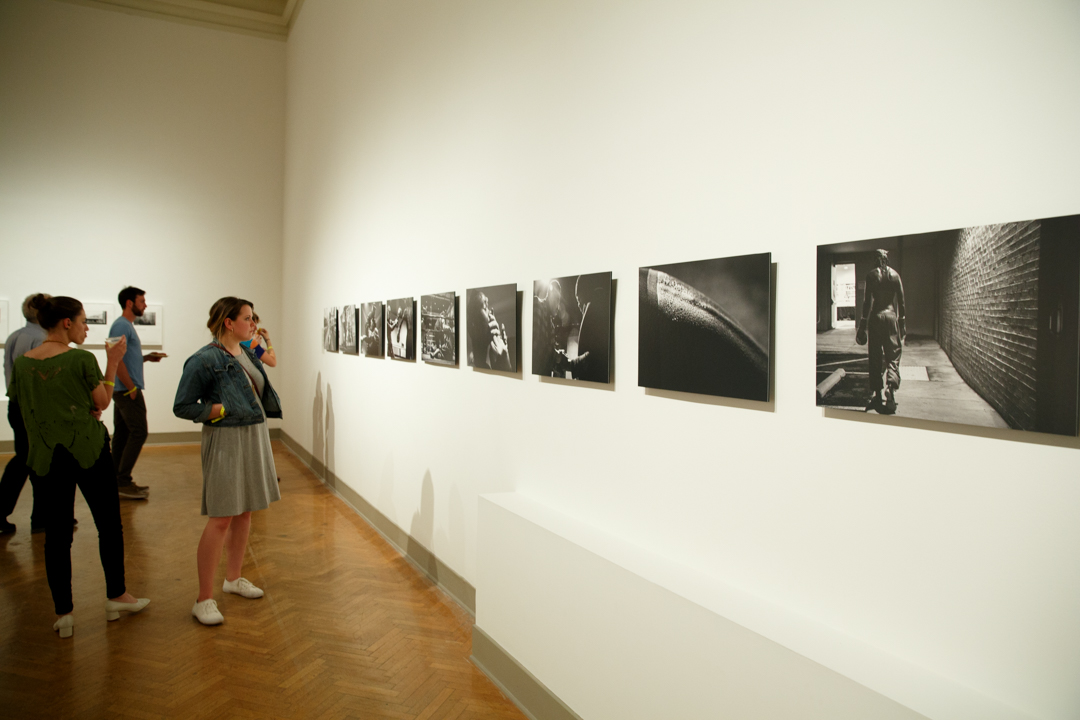 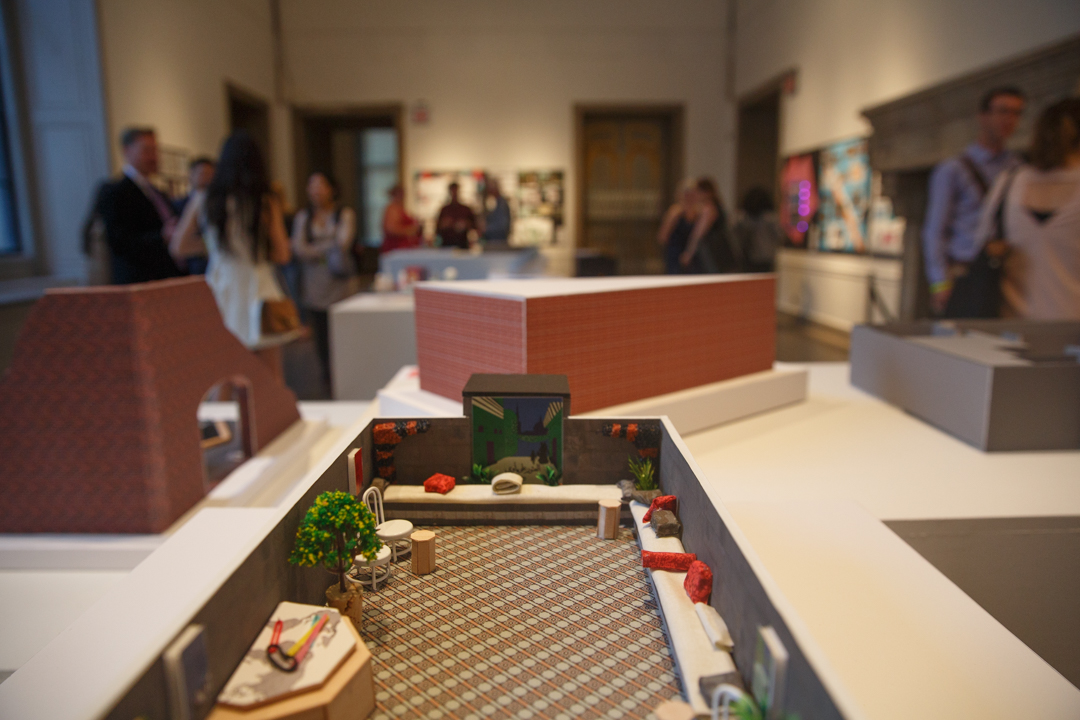 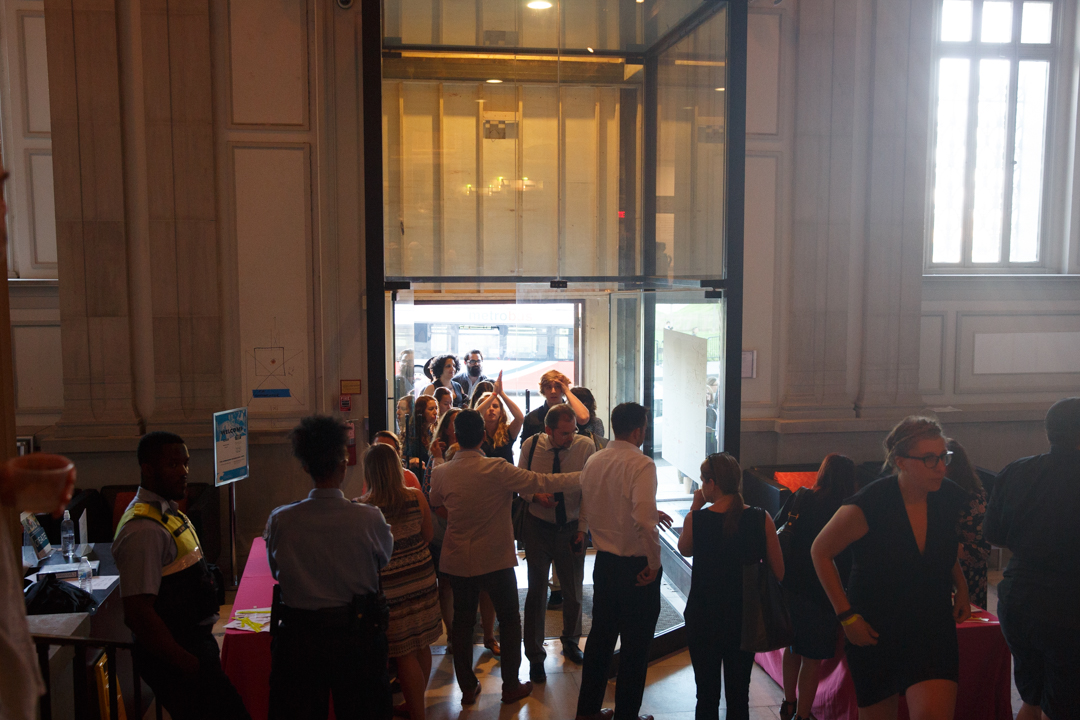 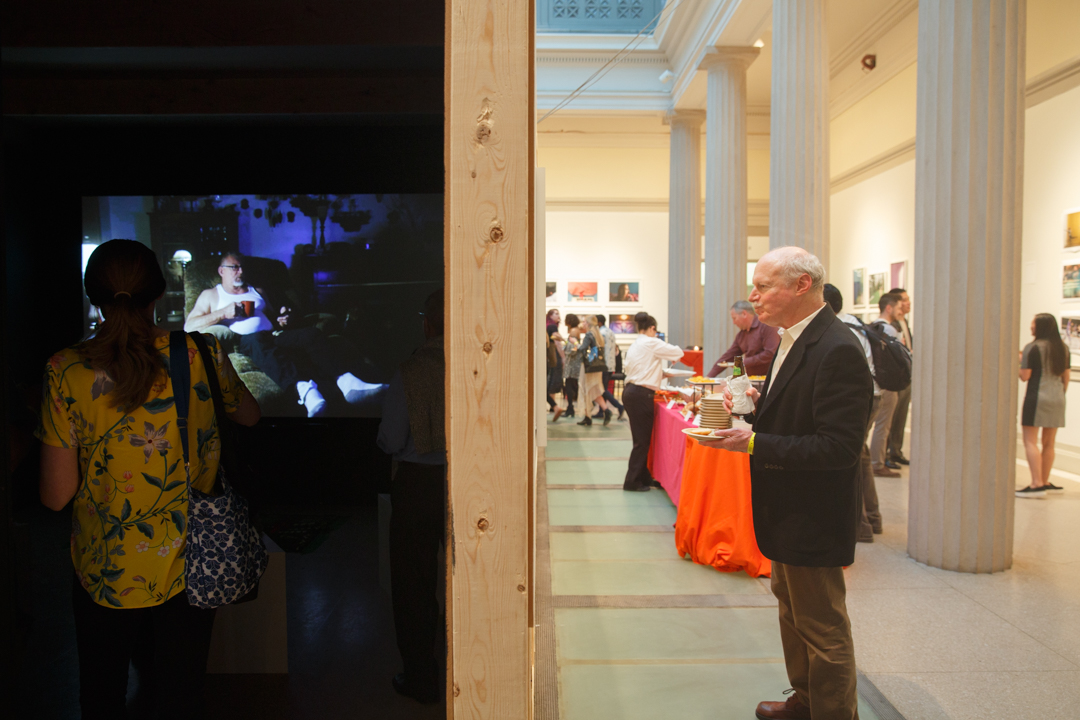 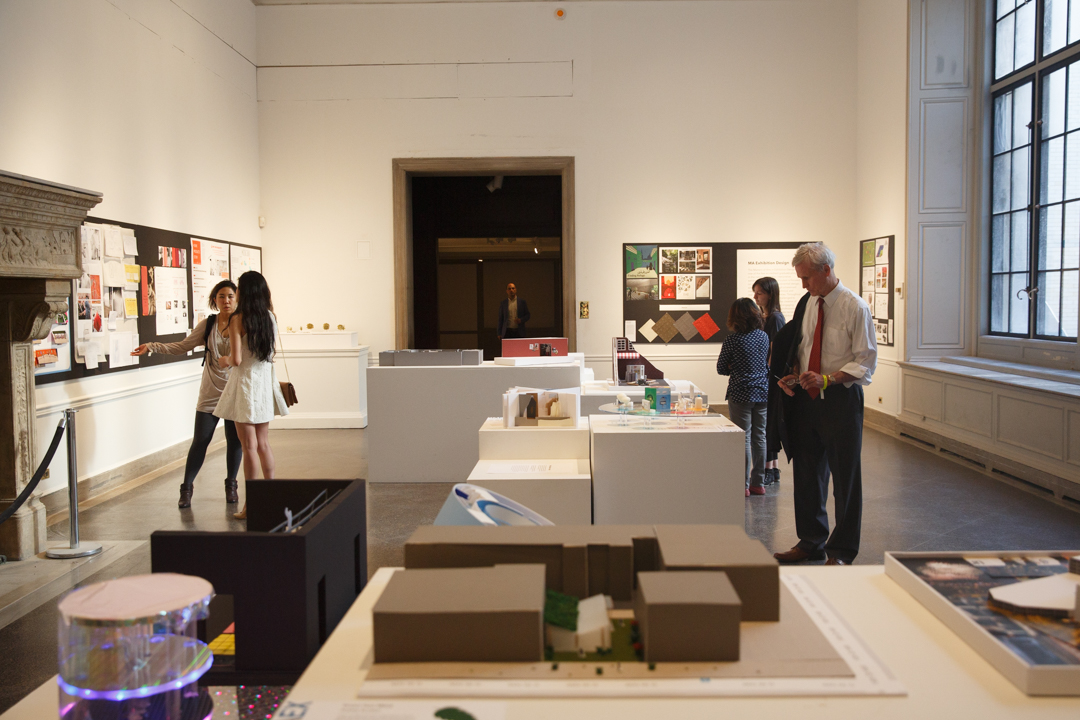 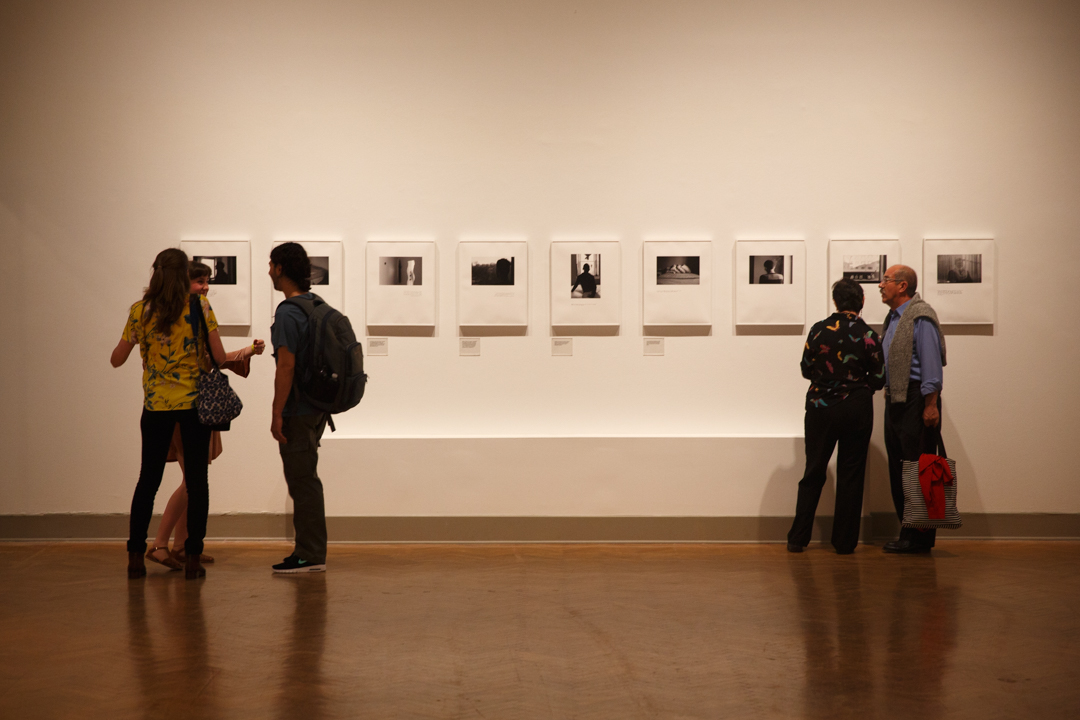 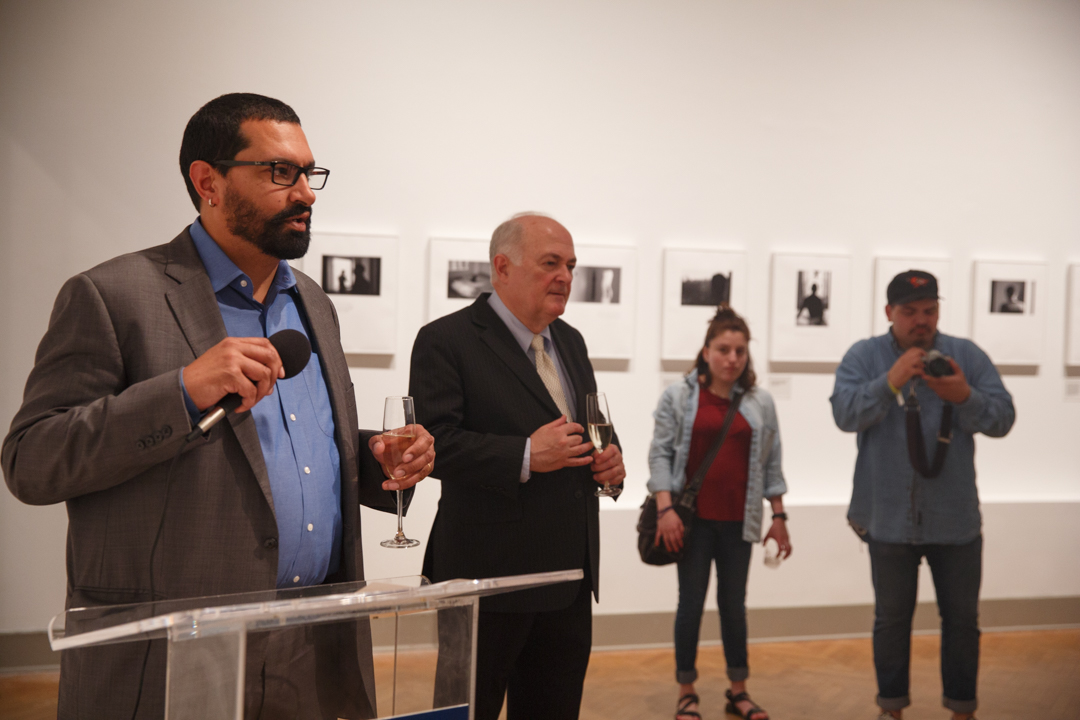 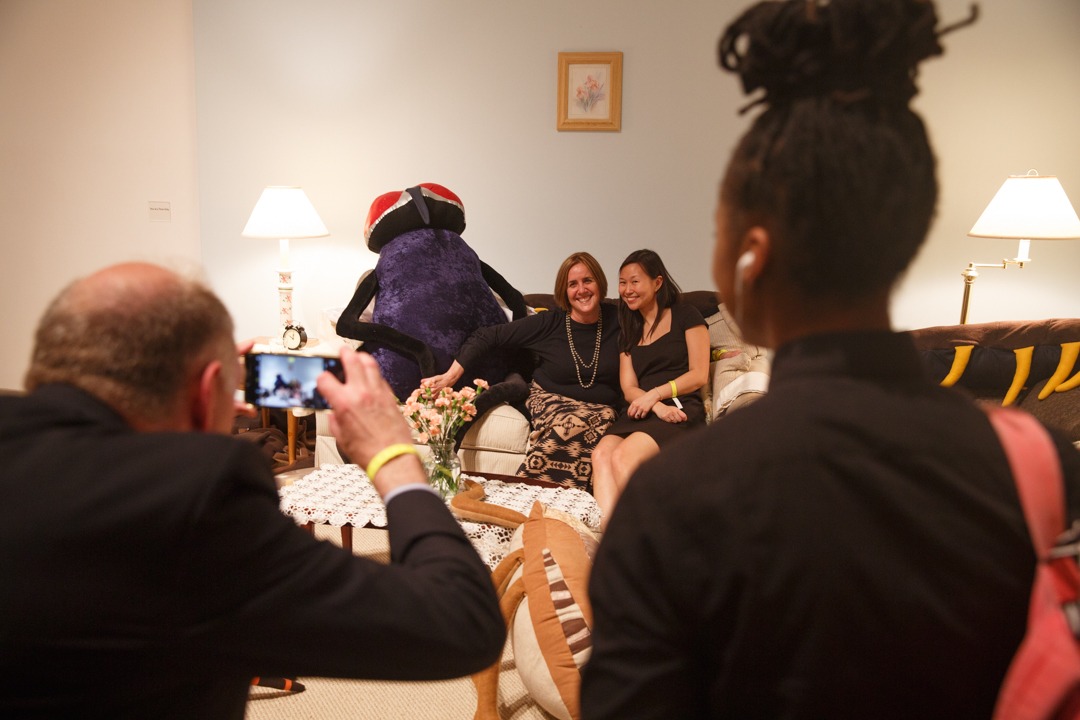 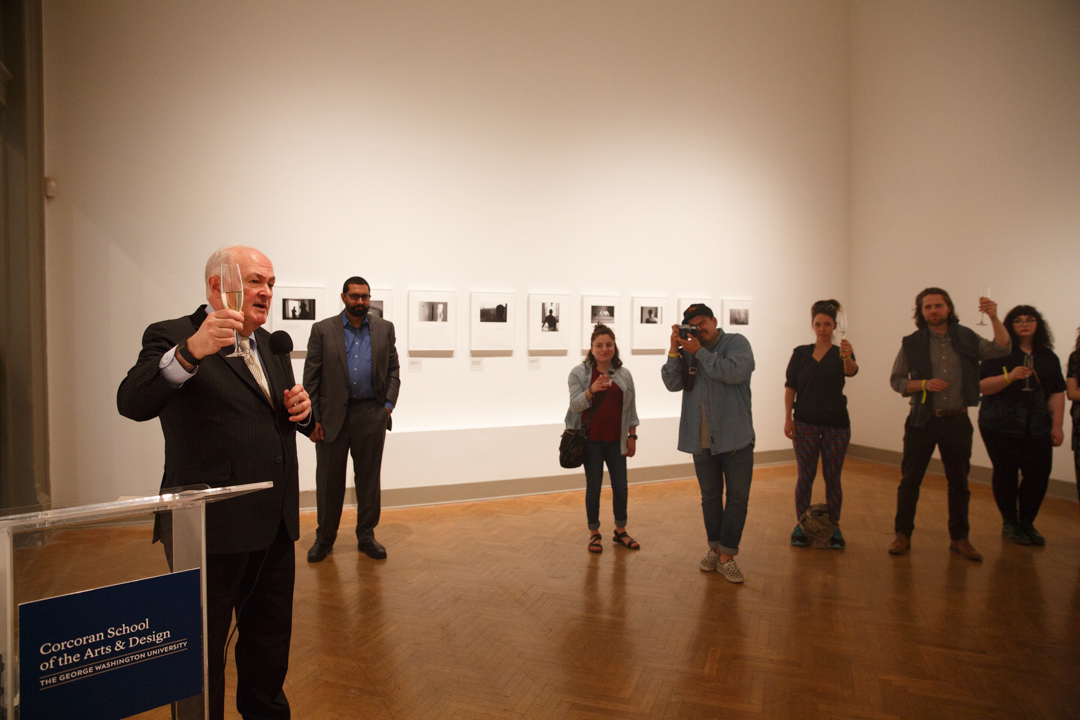 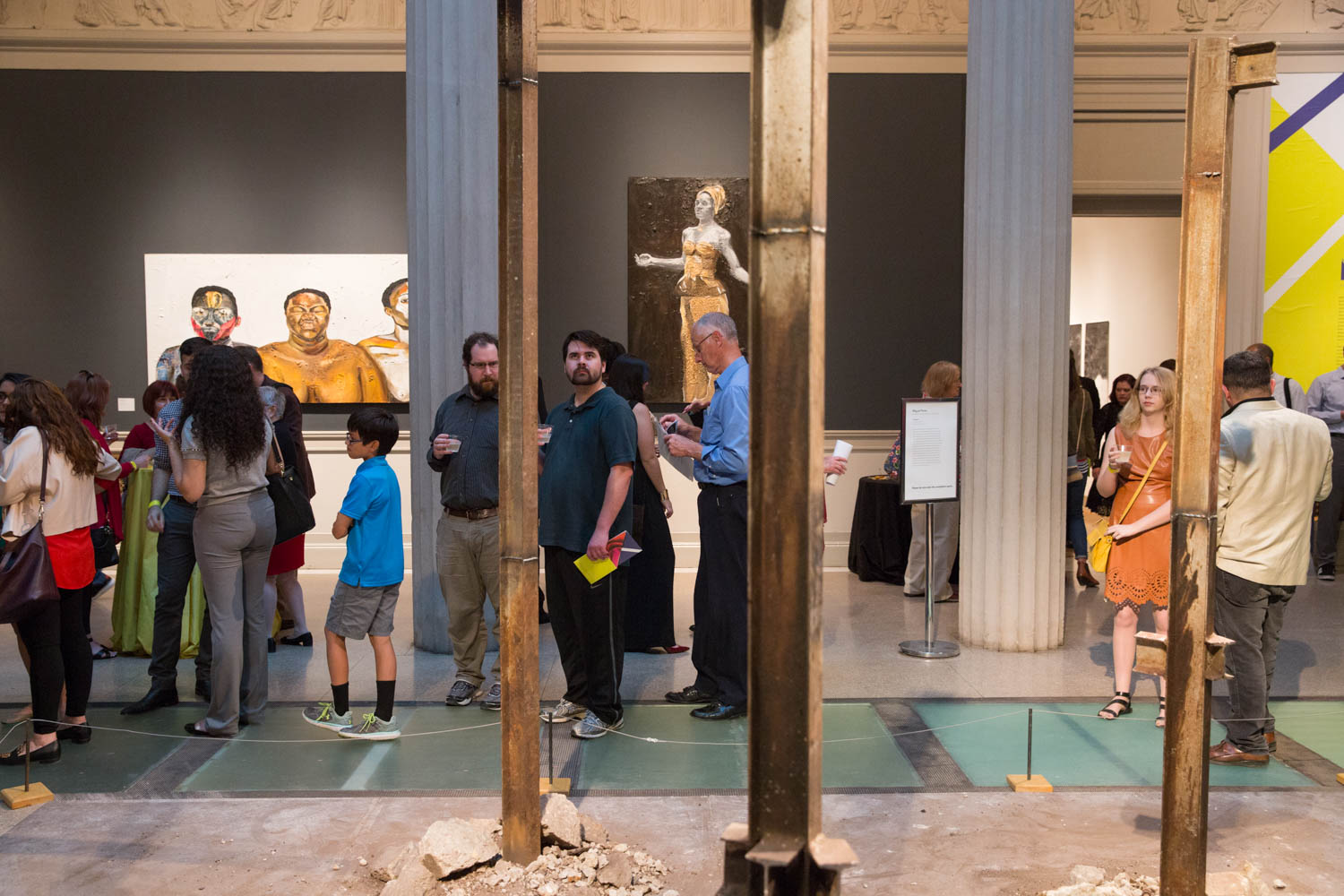