The three-day summit focused on the intersection of art and social change and culminated with a group reading outside of the White House.
October 17, 2016 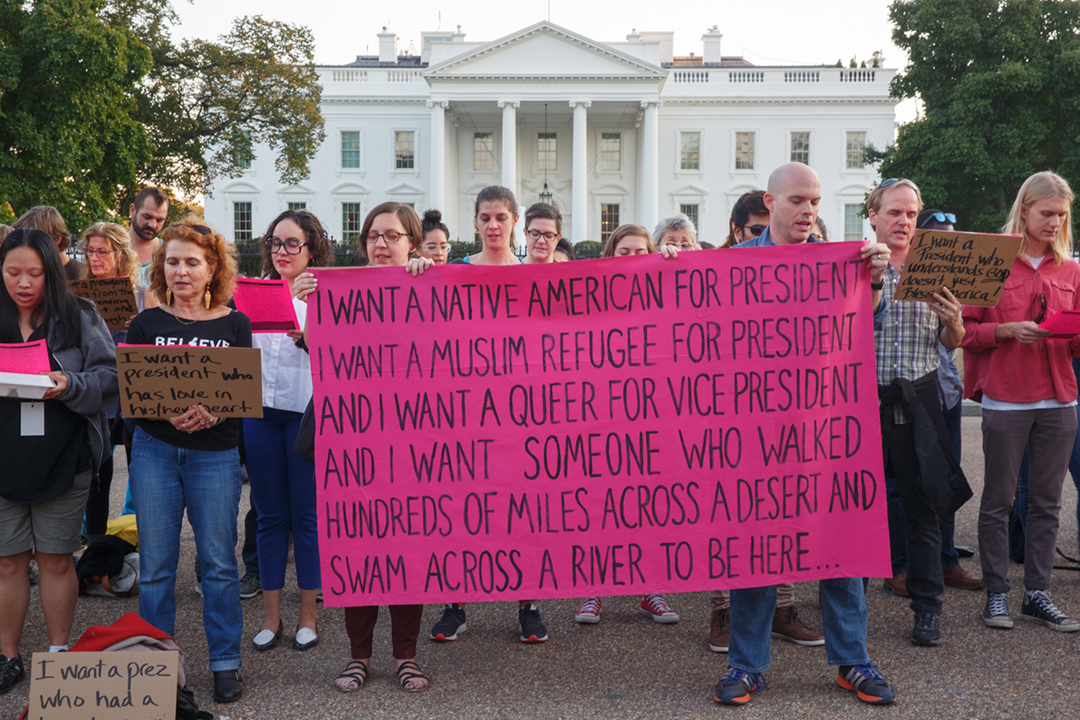 Students from the Corcoran School of the Arts and Design and other participants in the Creative Time Summit read from the "I want a president..." text outside of the White House. (William Atkins/GW Today)

Just three weeks away from the end of one of the most contentious presidential campaigns in U.S. history, artists, activists and educators converged in Washington, D.C., to talk, listen and share ideas about how art can influence social justice. The gathering was the three-day conference Creative Time Summit: Occupy the Future.

The final day of the summit was held at the Corcoran School of the Arts and Design at the George Washington University and featured breakout sessions that covered topics such as mural making, unionization in art schools, gender equality in the arts and building alliances in the undocumented youth movement. Carmen Montoya, assistant professor of sculpture, led a session called "Rethinking Democratic Decision-Making."

The roundtable discussion was designed to be a true conversation. “We want to extract knowledge and recognize the expertise in the room,” Mr. Sethi said.

The session addressed the role that creativity and art can play in driving social change and explored participants’ experience with social practice—art that focuses on social engagement, collaboration and community involvement.

Mr. Sethi and Mr. Saxton asked participants to discuss examples of how they engage in social practice and what challenges they face. Participants shared challenges around building coalitions, finding community and funding partners and navigating issues such as cultural appropriation.

Mr. Saxton discussed the importance of listening and learning about what issues matter to a community before imposing an art project because sometimes the project the artist wants to do is not what that community needs or wants.

“It’s about reciprocity,” said Mr. Saxton, who explained that it might require up to two years to get an art project launched in a targeted community. “I don’t view it as outreach. We’re here, and they’re out there. It’s not a one-way street; it’s a two-way street, and that takes time,” he said. 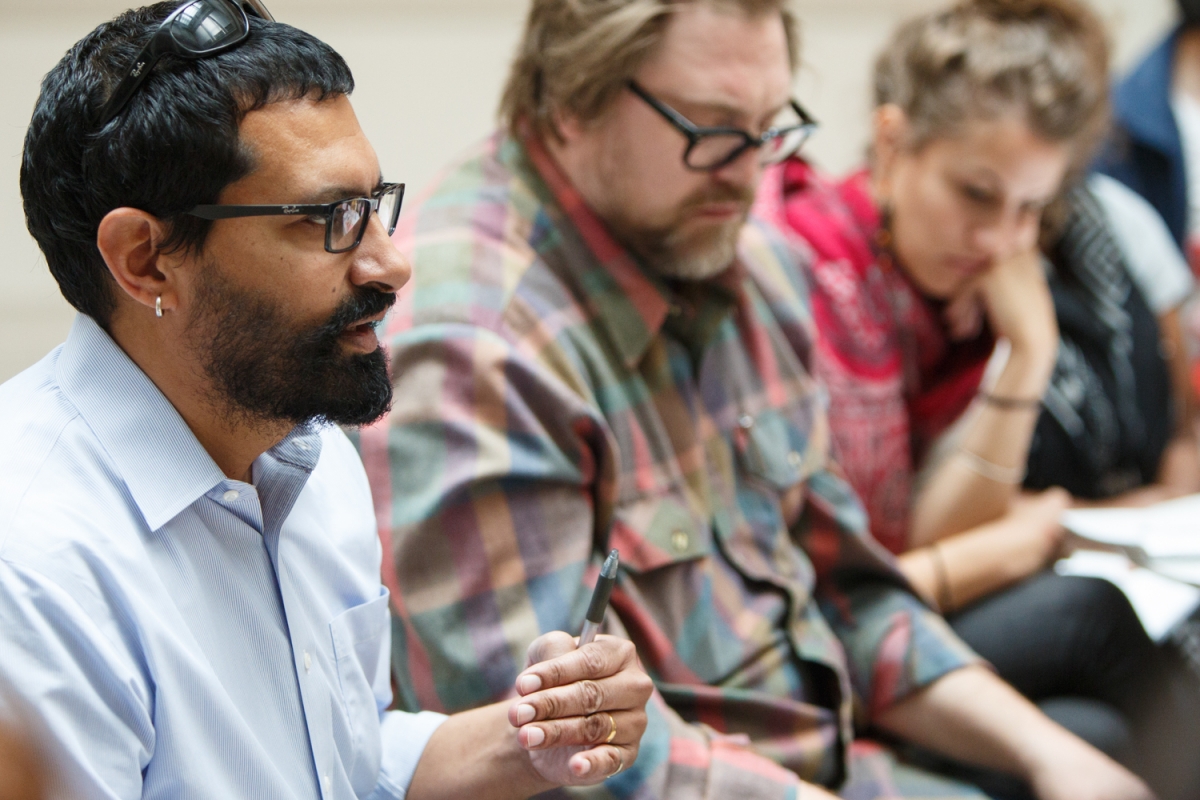 Mr. Saxton and Mr. Sethi have collaborated on the Art and Rural Environments Field School, an intensive experience for students interested in the intersection of art and the rural environment. Mr. Sethi announced that the Corcoran School plans to ramp up course offerings that intersect fine art, social practice and public policy.

The Creative Time Summit was initiated in 2009, and this was the first time the summit has been held in Washington, D.C. The nation’s capital was the obvious choice for a critical discussion about the next U.S. president.

The summit’s closing event was the collective reading of the co-authored text “I want a president…“ in front of the White House on Sunday evening.

The original “I want a president…” text by artist and activist Zoe Leonard was created in 1992, listing demands for a new U.S. president. The new text was developed collectively through a series of community writing workshops that were co-organized by curators Natalie Campbell and Saisha Grayson and held at the Corcoran School, MLK Library, Bread for the City and other organizations in D.C. and New York City. Earlier this month, participants came to the Corcoran School for the final editing of the document that was to be performed.

Dozens of summit attendees came together to read both the 1992 and 2016 texts in unison, repeatedly for an hour. As tourists and passersby stopped to listen, they were encouraged to join the performance. The atmosphere was jovial as people joined their voices together and the reading created an inclusive space for an engaging conversation about our country’s future.