Progress to continue through academic year and beyond.
August 20, 2015 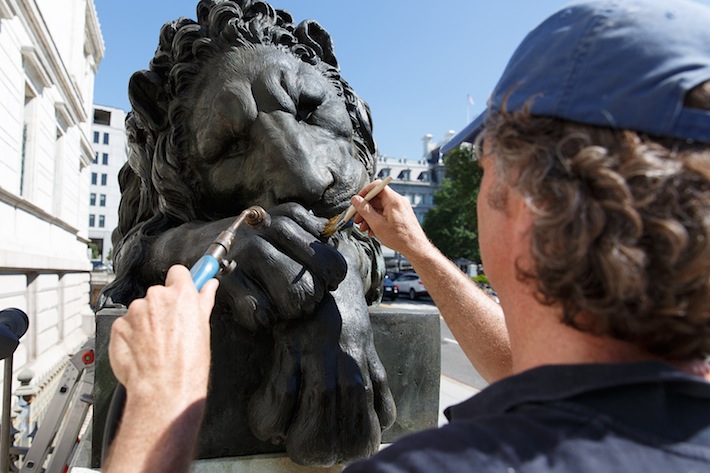 As the George Washington University marks the one-year anniversary of its historic agreements with the Corcoran Gallery of Art and the National Gallery of Art, the iconic Corcoran Building on 17th Street is a hive of activity.

Workmen have installed new ceiling and lighting and power upgrades in the Art & The Book Studio, the room formerly labeled Studio 9-1 that is now called Corcoran B-116.

Shiny metal ductwork has been fabricated and delivered to the building, which will support the upgraded heating and air conditioning system being installed.

The Canova Lions, which flank the 17th Street entrance, had years of pollution scrubbed away with a needed professional cleaning.

The improvements are all part of work underway on the first phase of Corcoran Building renovations, focused on preparations for the upcoming academic year. Classes begin Aug. 31.

Over the summer, the university transferred programs and equipment from the Fillmore building, which was sold with proceeds going toward the renovation of the 17th Street building and operations of the Corcoran School of the Arts and Design.

The new academic year also will mark the continued integration of Corcoran students into the GW community. Incoming Corcoran undergraduates participated in the Colonial Inauguration orientation program this summer. They received housing assignments in residence halls alongside students from across the university’s schools and colleges.

“We have an incredible responsibility and a rare opportunity to imagine the future of the Corcoran while preserving and respecting its legacy,” Mr. Sethi said.  “I look forward to working closely with students, faculty, alumni and experts from many disciplines to realize the great potential of the Corcoran in the years to come.”

Renovation work this summer has focused on the lower levels of the building. This has required upgrades to multiple classrooms, including increasing ventilation capacity, replacing sinks and updating information technology and power infrastructure in order to transform spaces for new uses.

Four new state-of-the-art computer labs with new equipment have been created, two on the lower level and two on the main level off of the North Atrium. The new labs occupy spaces that previously served as the Corcoran gift shop and Gallery 31.

The student lounge has been expanded and will soon be outfitted with new computers for student use. Bistro tables and chairs are being added to the South Atrium to offer students and faculty an additional location for study or breaks between classes, which in some cases will now be taking place just off of the atrium area.

Outdated and non-functioning equipment also was replaced over the summer across several programs, providing new and returning students with better resources.

Renovation work will continue through the fall semester, taking care to minimize the impact on students and courses.

Next Round of Renovations

Preparations also are underway on permit applications for the next round of renovations, which will include critical building updates to the exterior and interior infrastructure.

These renovations will be the first in spaces designated as historic and as such will require close coordination with the District of Columbia Historic Preservation Office.

The first priority will be replacement of the roof and repairs to the facades of the building to repair damage and resulting water penetration. Repairs also will be made to the New York Avenue entrance to eliminate the source of water causing damage to the stone stairs.

On the interior, initial priorities will include completing installation of the new heating and cooling system and other needed infrastructure upgrades, such as fire and life safety systems, enhancements to Americans with Disabilities Act (ADA) accessibility, improvements to the electrical and plumbing systems and new information technology.

The National Gallery of Art expects to begin its preparations to stage exhibitions in the Corcoran Galleries following these critical renovations.

The renovations are being planned by architecture firm Leo A Daly and will be conducted by construction manager Whiting-Turner.

A major challenge has been the lack of existing detailed architectural plans for the 17th Street building, which increases the risk of cost and schedule issues during construction due to unknown conditions such as where systems and structural elements are located.

This type of work is not uncommon while preparing to renovate historic buildings that have been modified over time, sometimes with little formal documentation.  The work that was completed provides necessary detailed information about the construction of the building to facilitate the restorative work on the building.

“This extensive process lays the groundwork for the planned renovations, and we are committed to taking the care needed to get it right to ensure long term success in the planning and construction processes,” said Alicia O’Neil Knight, senior associate vice president for operations at GW.

Renovations will occur in phases over the next several years, with future phases to be based on forward-looking academic plans to be developed for the Corcoran School.  Renovations will be designed to preserve the history of the Corcoran Building’s exterior and interior while envisioning the needs associated with an innovative model of arts education into the future. 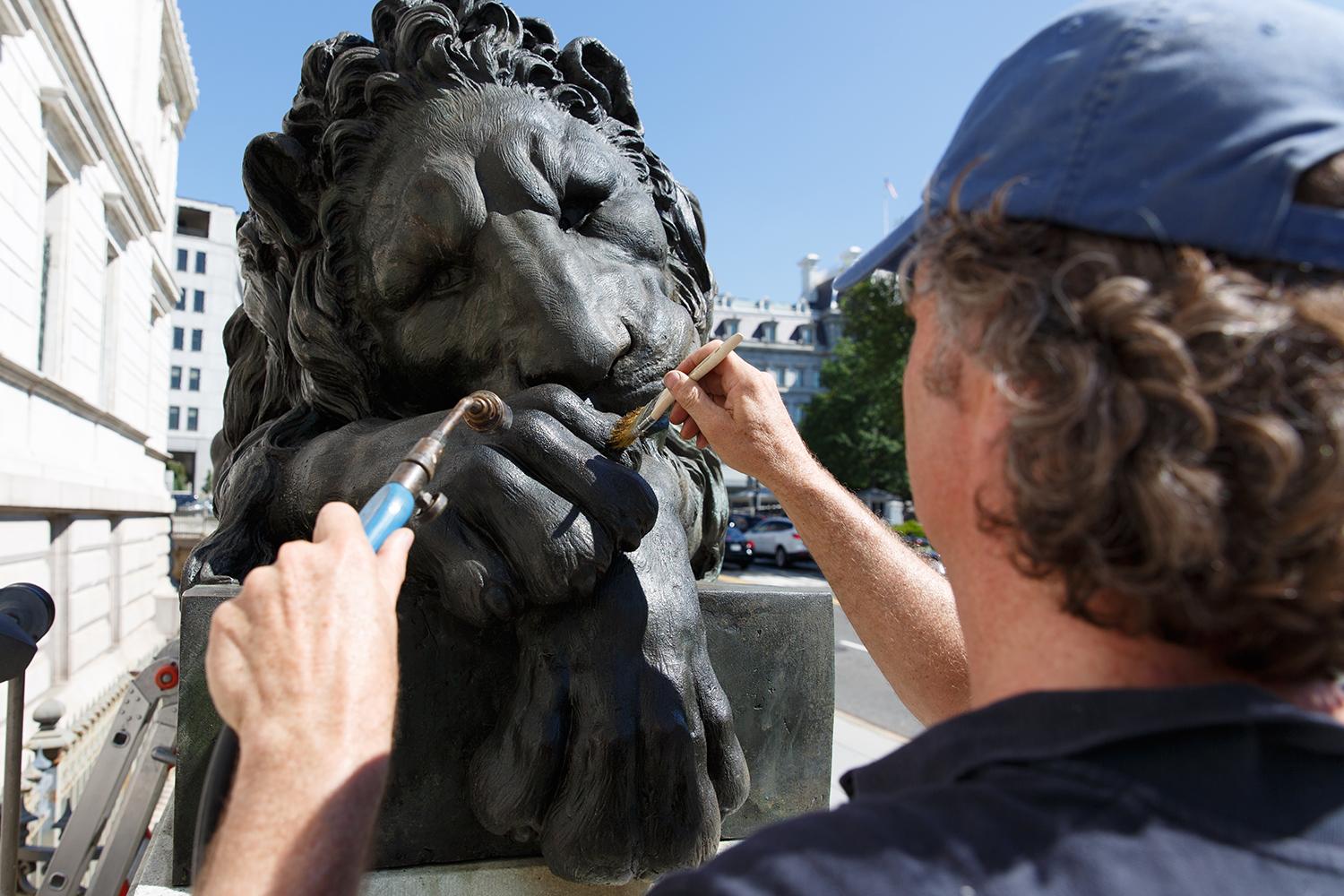 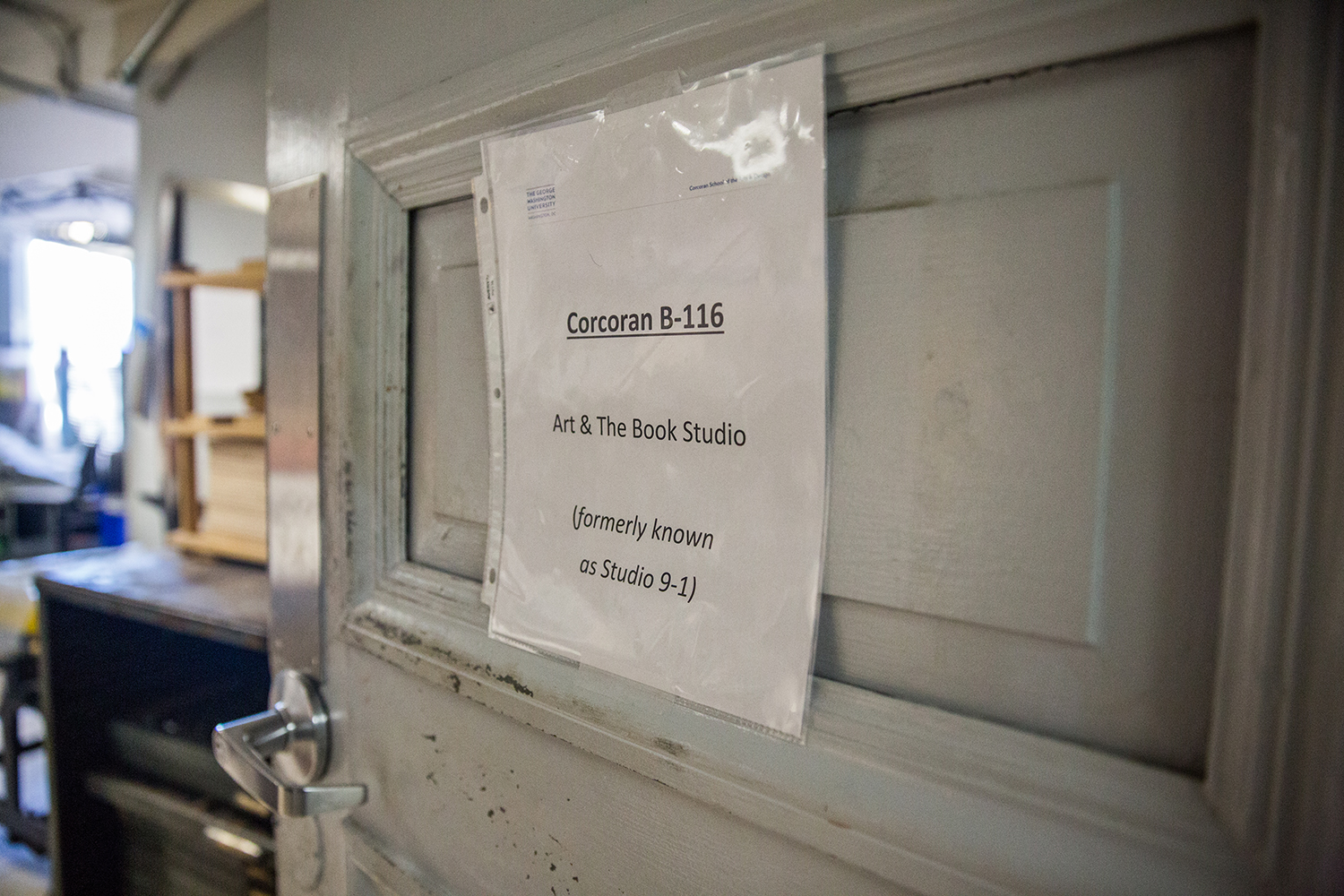 The entrance to the Art & The Book studio gets a new ceiling, new lighting, and a power upgrade. (Zach Marin/GW Today) 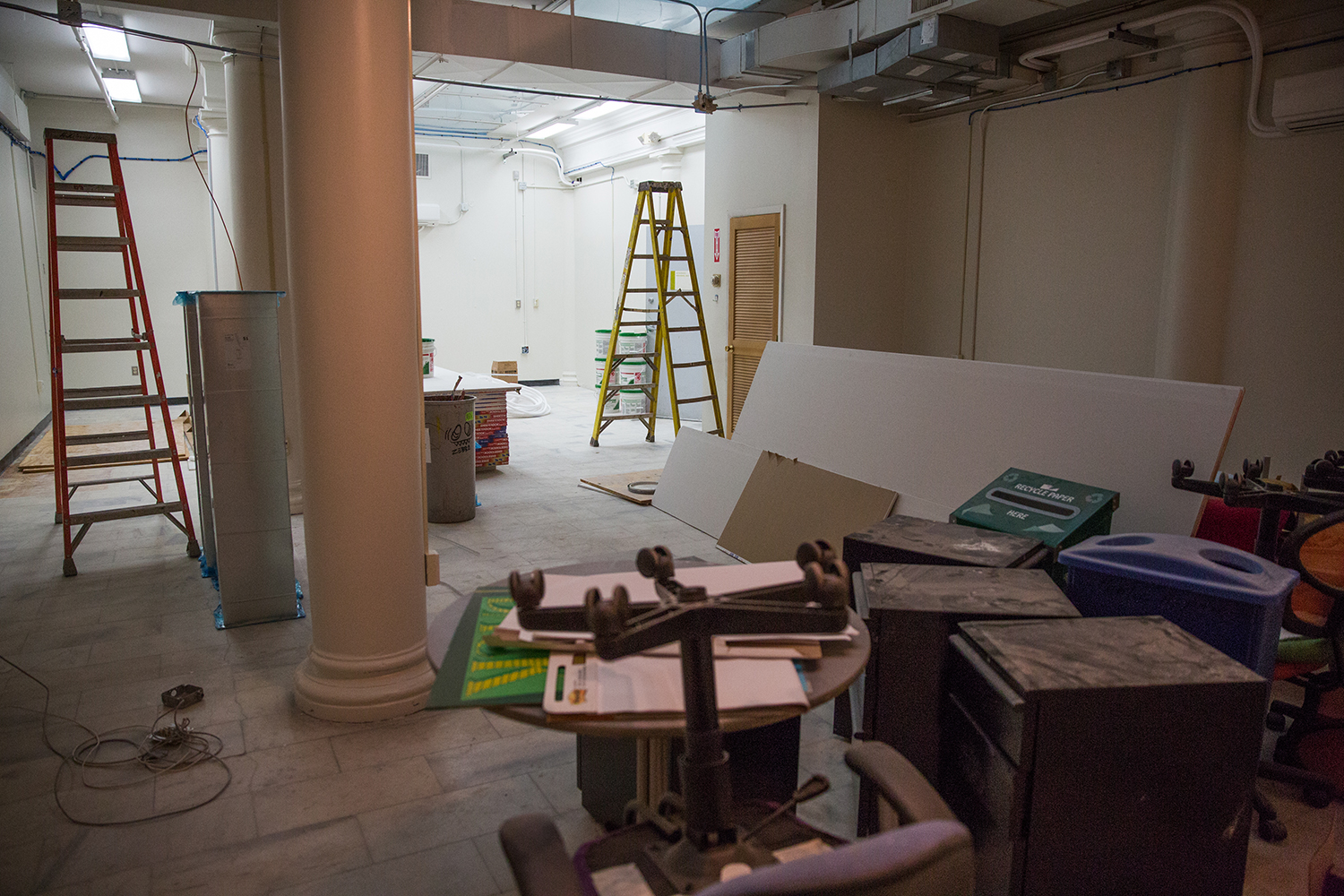 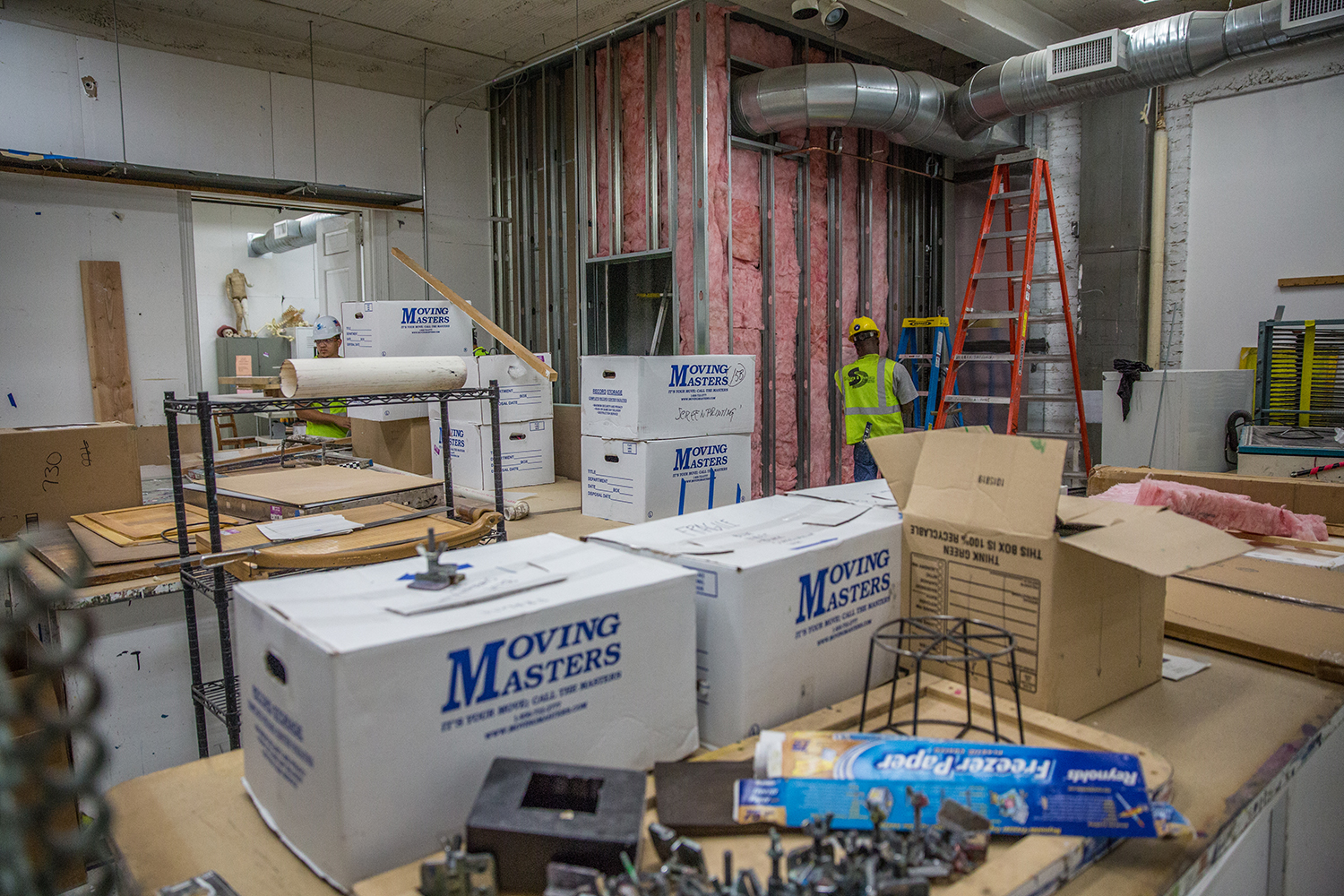 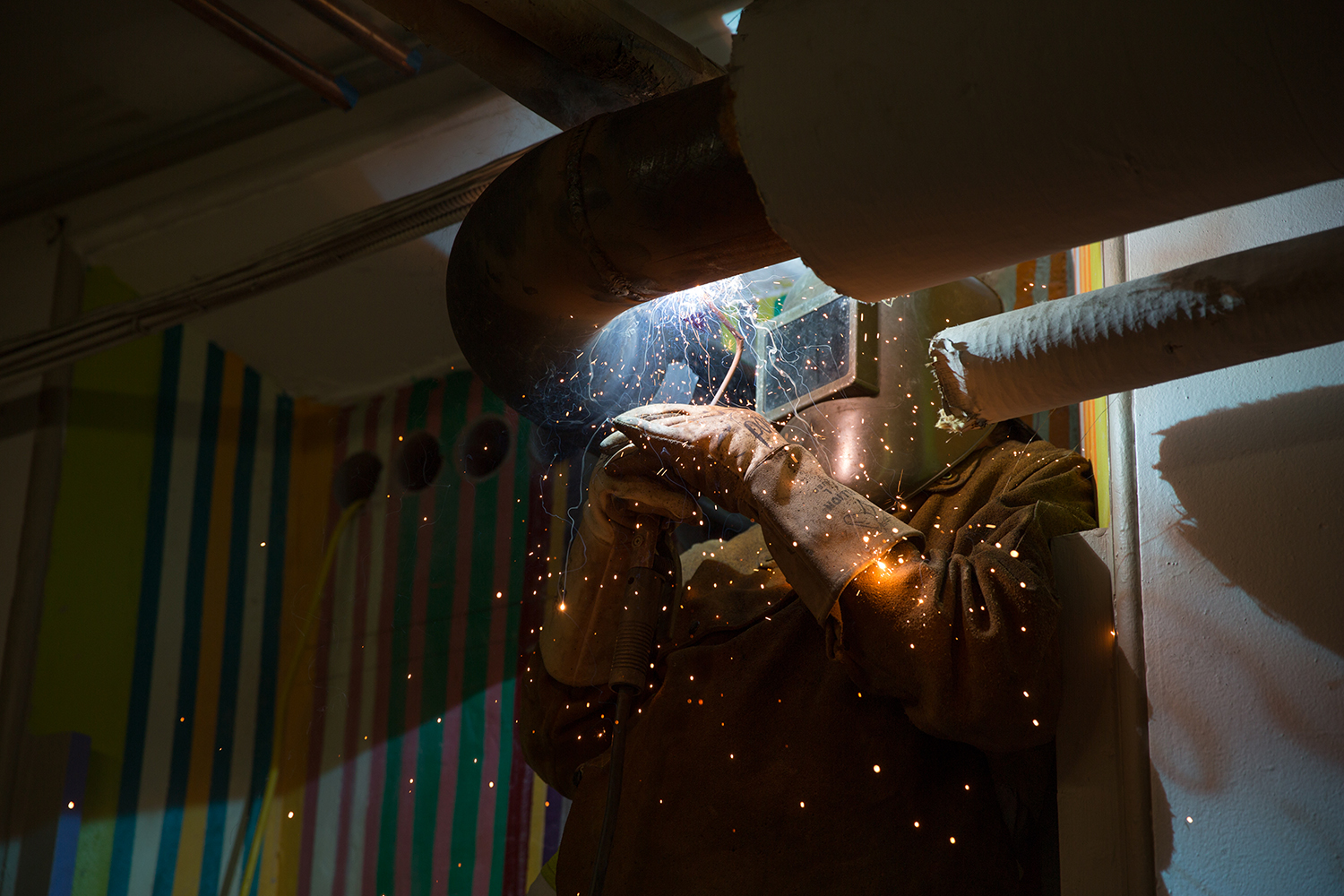 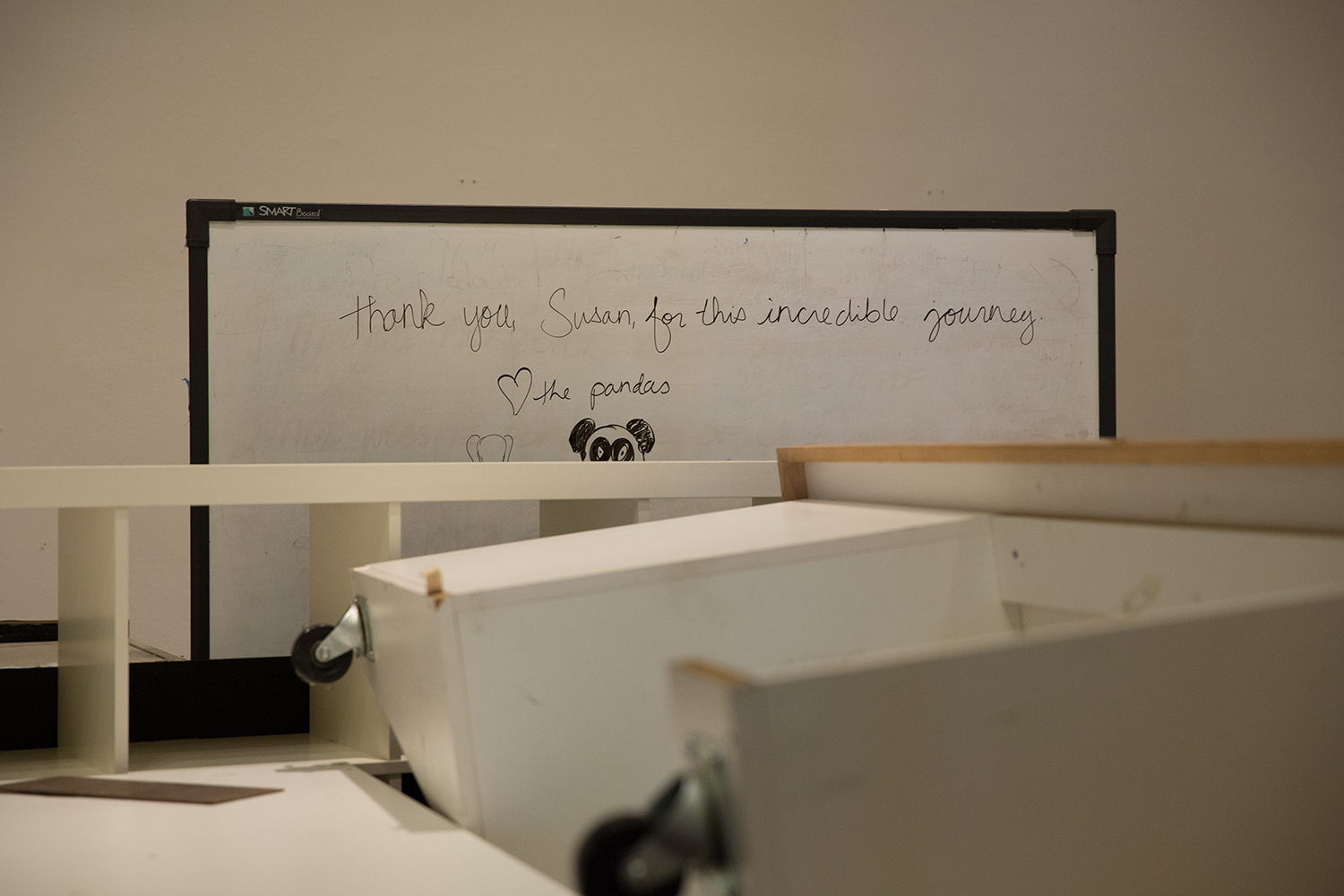 Materials inside the former bookshop await their new homes as part of the classrooms and digital studio installation. (William Atkins/GW Today)