André Gonzales was one of 62 award winners for his work as a student advocate and educational activist.
April 15, 2019 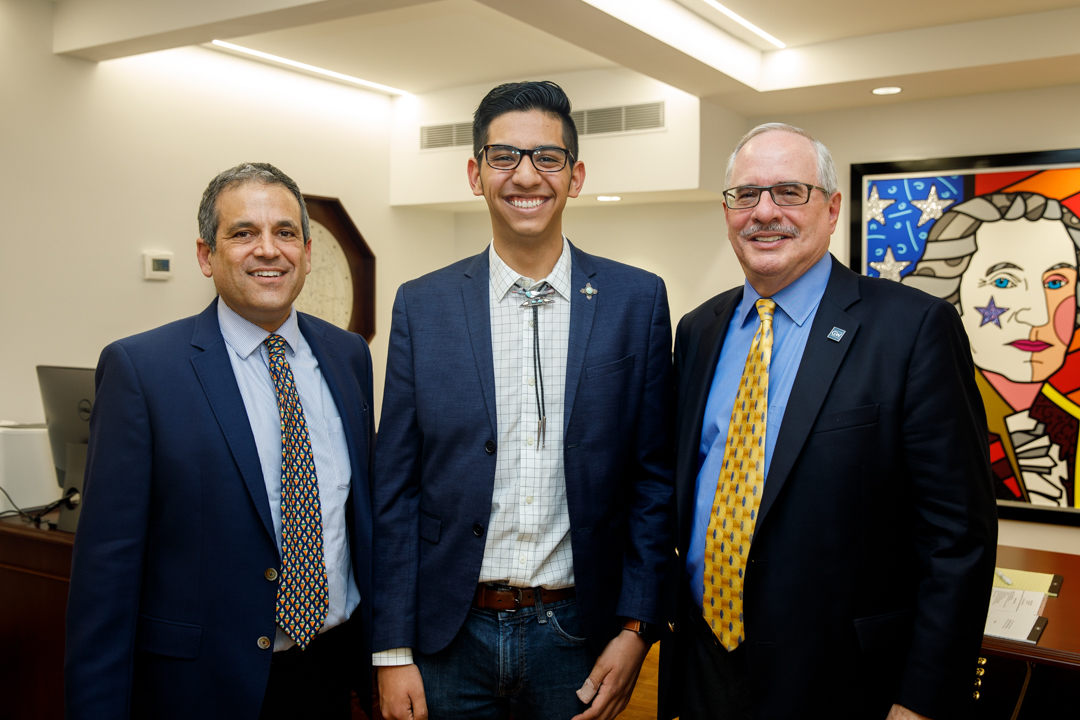 When André Gonzales learned he was one of 62 students to win the prestigious Harry S. Truman Scholarship, he was wearing three pieces of jewelry: a mother-of-pearl bolo tie in the shape of a roadrunner, a turquoise lapel pin echoing the New Mexico flag’s sun insignia and a ring inlaid with New Mexico turquoise.

The pieces have great symbolic value for Mr. Gonzales, a junior at the George Washington University. The pin and ring came from his parents, whom he cites as role models. The tie, representing the New Mexico state bird, was a gift from his grandfather just before Mr. Gonzales attended the 2017 inauguration of President Donald Trump.

“I was probably 13 rows away from President Trump, so my grandfather gave this to me to remind me of where I come from,” said Mr. Gonzales, who was a delegate of the U.S. Senate Youth program at the time and attended the inauguration at the invitation of U.S. Sen. Martin Heinrich (D-N.M.). “How I’m dressed today, I try to be unapologetically myself and to unapologetically represent my community. That’s really important to me and always has been.”

Mr. Gonzales’ roots in New Mexico are deep: his family has been there for 12 generations, and he has been an active advocate in his home community of Las Cruces, N.M., since his high school years. As a student activist and member of his district school board, he worked alongside students and administrators for a community middle school pilot program, ensuring that rural communities had the educational resources they needed.

“That can mean tutoring, but it’s also after school meals, dental care, GED services for parents,” Mr. Gonzales said. “It means ensuring that there’s a foundational blanket to allow families to really thrive and engage with their schools.”

Part of Mr. Gonzales’ work has been engaging with young students, who he said expressed needs that few advocates would have considered.

“They were citing mental health as a top priority of theirs,” he said. “I think that’s indicative of the times we’re in, where students are feeling empowered to say, ‘This is what I need right now. How can we create a partnership to bring those resources here?’”

Mr. Gonzales believes his commitment to his community was the distinguishing factor in his selection as a Truman Scholar among a distinguished field of applicants. In 2019, 346 colleges and universities nominated 840 candidates for the award, setting a record for both applications and institutions. The 199 finalists were interviewed at regional panels in March and early April, and Mr. Gonzales said he was astonished and humbled by the colleagues he met there.

“Every single one of these finalists was just astounding,” Mr. Gonzales said. “Each of them has made such a huge impact. So for me to receive this honor means so much.”

Recipients of the Truman Scholarship receive a $30,000 award toward their graduate studies. They also have the opportunity to participate in professional development programming, helping prepare them for careers in public service leadership.

“This is a very big deal,” GW President Thomas LeBlanc said. “It’s a nationally competitive scholarship and as rigorous a competition as it gets.”

Dr. LeBlanc and GW Provost Forrest Maltzman surprised Mr. Gonzales with the news of his win at a meeting Tuesday afternoon.

Mr. Gonzales, who is majoring in political communications at the School of Media and Public Affairs, intends to study public policy. He is particularly interested in state legislative policymaking in border states and the ways those states can achieve educational equity.

“My main goal, through my time here at GW and before, was how to make an impact on my community,” he said. “How can I help uplift the voices of students? How can I make sure students, particularly students of color, have a place within our institutions and feel like they belong here? So to receive this recognition is incredible.” 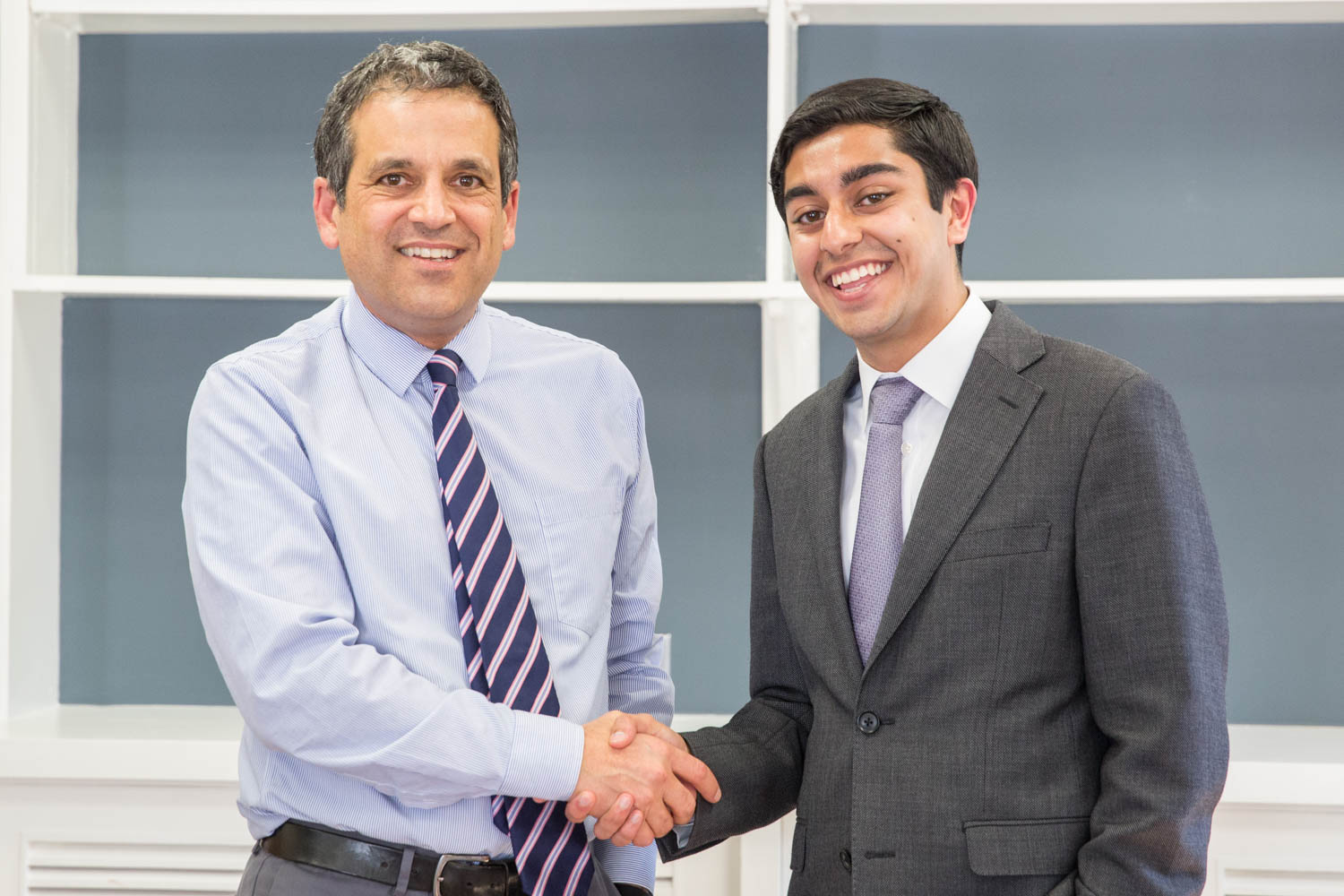