As part of GW’s Bicentennial celebration, the current dean and past deans shared insights on foreign policy and leadership and how the Elliott School can play a role in shaping the future.
March 29, 2021

From left: Harry Harding, Alyssa Ayres, Maurice A. East, Michael E. Brown, Gina Abercrombie-Winstanley and Reuben E. Brigety II gathered for a discussion about how the Elliott School can shape the next generation of global leaders. (Courtesy photo)

The world was shocked by the Jan. 6 assault on the U.S. Capitol, not just as a singular event but as the culmination of years of profound political dysfunction, misinformation and disunion, said Reuben E. Brigety II, vice-chancellor and president at the University of the South and former dean of the George Washington University’s Elliott School of International Affairs.

“If you saw anywhere else in the world the trend lines that one sees in the United States now, as it relates to domestic violence, undermining of democratic processes and tensions along ethnic and sectarian lines, we would be ringing the diplomatic alarm bells at the highest levels of government,” Dr. Brigety said.

Noting the thin line between foreign and domestic policy issues, he said how the United States governs itself at home signals to international allies and adversaries whether its foreign policy is stable, consistent and credible.

“Here’s the thing, the price of being a free people is that nobody is going to save us,” Dr. Brigety said. “There is no UN diplomatic or EU peace mission that is going to come in and help us sort out how we stop mass shootings in the United States or to come in and figure out how we actually live fully into the promise of having full ballot access for every American or how we get our governing system to work across tribal lines.”

Dr. Brigety, who served as the dean of the Elliott School from 2015-2020, shared his thoughts as part of a virtual discussion with other past deans of the school about challenges and opportunities in U.S. foreign policy as well as the school’s role in building leaders to tackle the most pressing global issues.

Gina Abercrombie-Winstanley, B.A. ’80, co-chair and founder of the Leadership Council for Women in National Security and vice chair of the GW International Women of Elliott network, moderated the discussion.

Dr. Brigety said it is critical that foreign affairs professionals also engage domestically to help America “close the gap” on its professed values and its observable conduct by participating in the domestic political process, holding elected officials accountable and crafting solutions to work across political lines.

“By the way, this is not rocket science,” he said. “This is what we are asking other countries around the world to do all the time.”

Dr. Brown, who served as Elliott School dean from 2005-2015 and is currently a professor of international affairs and political science at GW, said the Biden administration should commit to developing a comprehensive approach to foreign policy.

“One of the lessons of the last administration, setting aside policies themselves, the process was deeply broken because the president was a loose cannon, and there was no team really building foreign policy on a wide range of key issues,” he said. “Policy was all over the place. I think Joe Biden understands that you have to work the administration-wide whole of government to really design and implement a foreign policy.”

Dr. East, who served as dean from 1985-1995 and is professor emeritus of political science and international affairs at GW, called for more international collaboration to address global problems. For example, he suggested more cooperation with Europe to develop a strategic plan for dealing with China.

Dr. Harding, who served as dean from 1995-2005 and is currently university professor and professor of public policy at the University of Virginia’s Batten School of Leadership and Public Policy, said just as the Biden administration will have to juggle multiple priorities, schools of international affairs will have to evolve to prepare students to face the world’s increasingly complex problems.

He said this can be done with a curriculum that extends beyond academic theory and history to incorporate skills such as analysis, strategic planning and advocacy.

“You can’t teach everything,” Dr. Harding said. “You don’t have the resources and students don’t have the time. But you do need this complicated curriculum that will really prepare students, not just to understand but to advocate, to act, to fix problems. That’s a daunting task that both students and faculty face.”

She noted that climate change alone could touch the areas of technology, finance, multilateral negotiations and human rights.

“You can do that kind of mapping with any of these very complex challenges, and quite quickly you realize that providing an education about all of them means trying to find a way to span so many different kinds of issues and wrap them all in one,” Dr. Ayres said. 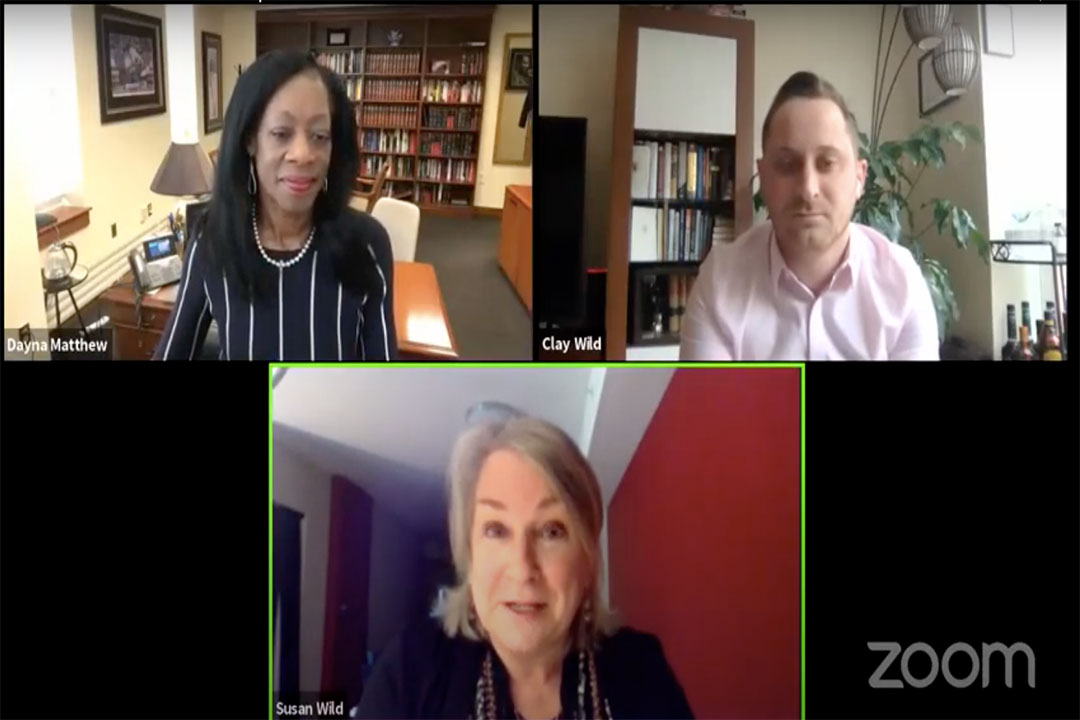