Can a Robot Help Kids with Autism Navigate Social Situations?

SEAS professor hopes to use robotic systems to engage children with autism socially and emotionally.
April 6, 2016 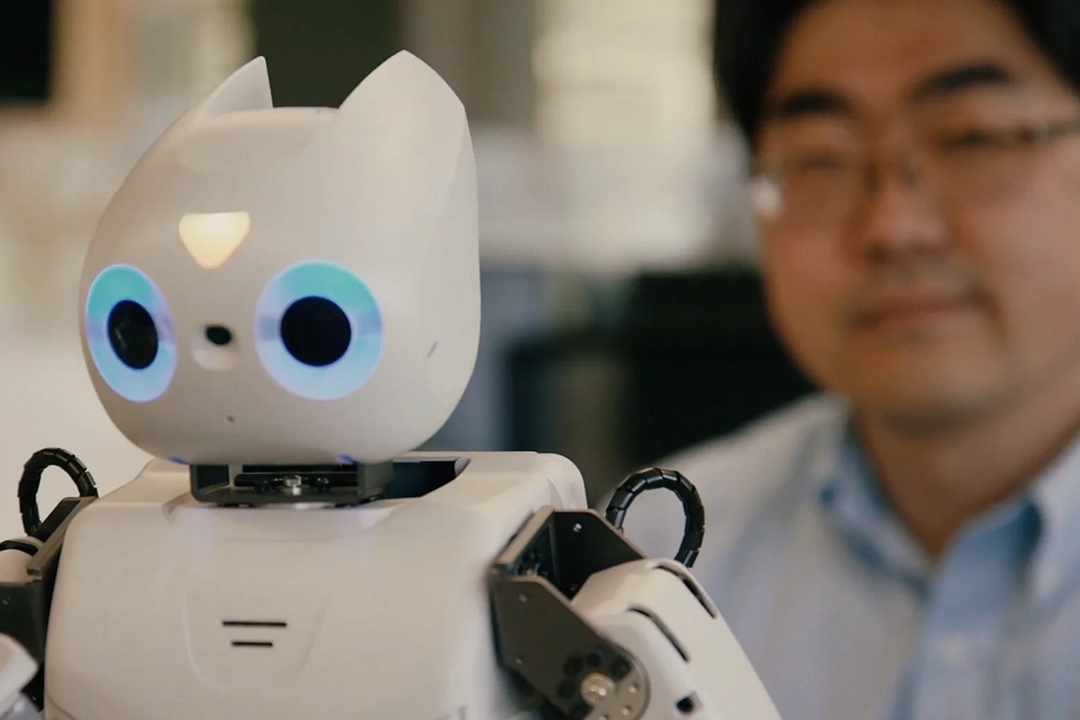 Children with autism sometimes find it easier to engage with robots than with other people, whose communication signals can be subtle and difficult to read. That engagement led Chung-Hyuk Park, a professor at the George Washington University School of Engineering and Applied Science, to think a robot might be able to help such children learn how to navigate difficult social situations.

The robot encounters situations that kids with autism may have trouble handling, like loud music, bright lights or strong smells. It then tries to communicate what it needs to be more comfortable: asking someone to turn down the music, shut off the lights or move the pungent flowers to the other side of the room.

Dr. Park hopes children with autism will mimic the robot’s behaviors, helping them manage the social situation rather than struggle to communicate their problems.

“We know children with autism are really good at engaging with robots,” Dr. Park said. “So we are trying to use robotic systems to engage [them] in social and emotional activities.”

More than 3.5 million Americans live with an autism spectrum disorder, and the prevalence of the condition increased 119 percent from 2000 to 2010, according to the Autism Society. This is the fifth consecutive year GW will “Light It Up Blue” for autism awareness during April’s National Autism Awareness month, sponsored on campus by the GW Autism and Neurodevelopmental Disorders Institute.