Building Community Engagement through the Arts

Sophomore Jaida Rogers has been selected as a CCMA civic fellow.
April 18, 2022 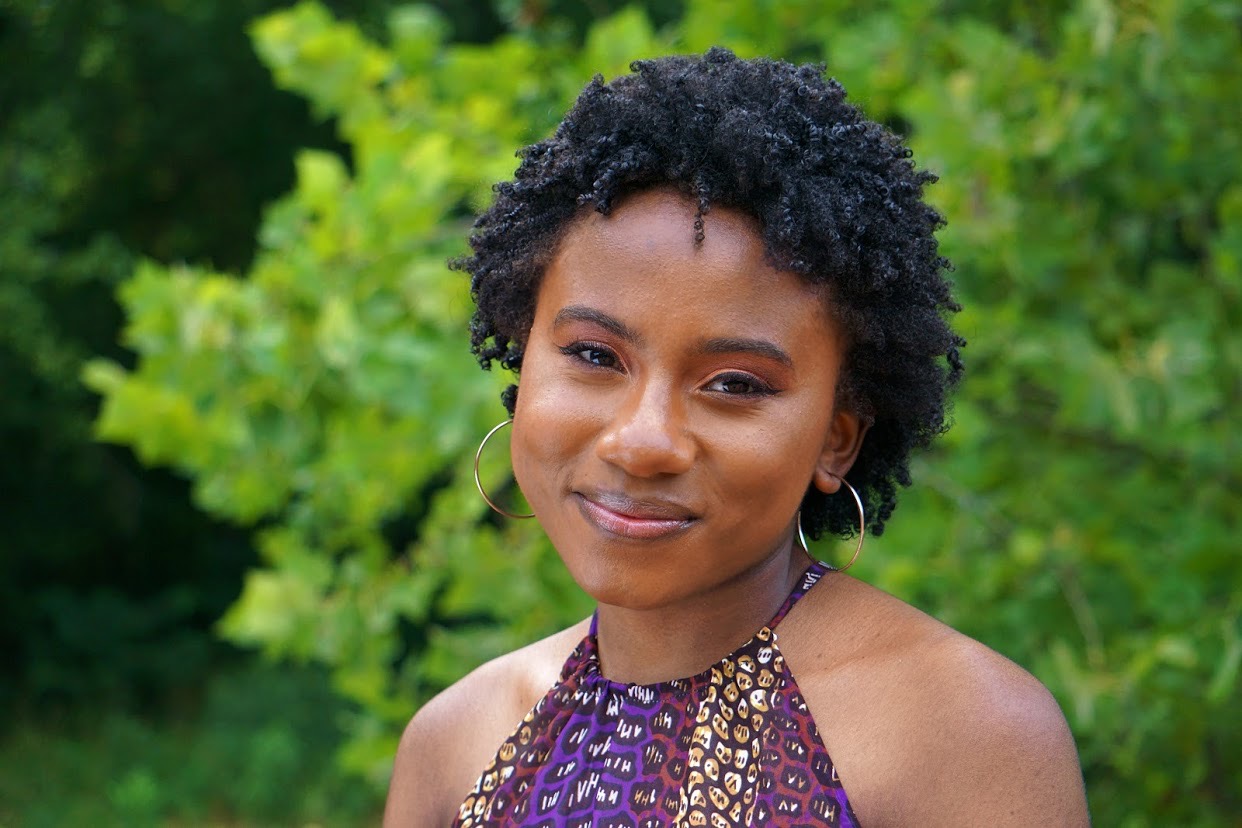 A sophomore at the George Washington University, Jaida Rogers, has been selected by Campus Compact Mid-Atlantic (CCMA) as a civic fellow for the 2022–2023 academic year, based on a recommendation from President Mark S. Wrighton in light of the leadership ability she has demonstrated and her potential to influence positive social change in the future.

The fellowships are given to one student each year from participating CCMA campuses. They provide students with opportunities to develop their leadership skills and greater understanding of civic and community engagement, so that they can more effectively serve their communities. Fellowships also give students a platform to share understanding with and learn from peers.

“It’s a networking opportunity, but also a great learning experience,” Rogers said, “with conferences organized around different social issues experienced by communities in the region, helping us to think more critically about those issues. I look forward to taking part!”

Through GW’s Honey W. Nashman Center for Civic Engagement and Public Service, Rogers has been serving as an engageDC student leader with a local nonprofit, the Latin American Youth Center (LAYC) in the Columbia Heights neighborhood, where she leads a team of GW engageDC students working with students from middle school and high school in LAYC’s DC Teen Center. Amy Cohen, the center’s director, praised Rogers and her cohort of engageDC leaders.

“Our engageDC leaders are really terrific,” Cohen said. “They get to know the community organization they serve with, and that lets them take a leadership and coordinating role, connecting other GW students and academic resources with the organization and D.C. community members. Jaida is a truly exemplary and creative leader. I am delighted that she has this opportunity to grow and connect with other student service leaders in the region—and I know she will share what she learns with other engageDC leaders!”

Working with LAYC has fueled Rogers’ academic interest in the use of the arts in community engagement efforts with Black and Latinx youth. She has declared a double major in international affairs and music and hopes to combine both in her career.

“I am not completely sure about my career plans, but I am interested in working at an NGO advocating for human rights in Latin America,” Rogers said. “I believe the U.S. has a tremendous amount of work to do in bettering its relations with Latin American countries. Growing up with my stepmom and her Latino family members, I’ve enjoyed getting to know her side of the family and I want to keep growing my understanding of the Latino community.”

One of her major inspirations, Rogers said, is Stevie Wonder. Apart from his supreme musical talent, he is also civically engaged, as shown in his work as a Messenger of Peace with the United Nations (U.N.). In this capacity, Wonder and other notables such as George Clooney, Yo-Yo Ma and Jane Goodall,  help the U.N. spread awareness of its programs.

Rogers is also interested in becoming a composer. She particularly admires Michael Giacchino, noted for his music for films such as “The Incredibles,” “Ratatouille” and “Inside Out.”

“Those scores have inspired me in my own composition and songwriting,” Rogers said. “He’s able to translate a story and the experiences of different characters into such beautiful and meaningful music.” She also finds inspiration in the work of English artist Timothy Lee McKenzie, a Black musician known by the stage name Labrinth, the lead composer for the HBO series “Euphoria.”

“You don’t get to see as many people of color in composition,” Rogers said, “especially Black composers.”

Her artistic interest extends more widely to visual arts and other forms. She is especially interested in the ways art can be used for purposes of community engagement, as in her work with LAYC.

“Simple art projects help students to express themselves,” she said, “and think through issues that they’re dealing with at the time, and also how they identify as a person.”

At LAYC, Rogers asked students to draw a river of their life, showing its current along with some of its tosses and turns. A rock in the river, for example, could represent a challenging incident. One student represented the COVID-19 pandemic as toxic waste, while another portrayed it as a log in the water. Students depicted family members and different terrain on the banks.

Rogers also tutors students at LAYC in math, science and language arts, and mentors them one on one. Other GW students on her team have worked with a salsa class and a music class in which students created beats using the production software FL Studio.

She may not be able to combine her two majors in one profession, but Rogers isn’t worried.

“I don’t necessarily dream of combining the two, but I’ve always been ambitious and wanted to pursue all the interests I have,” she said. 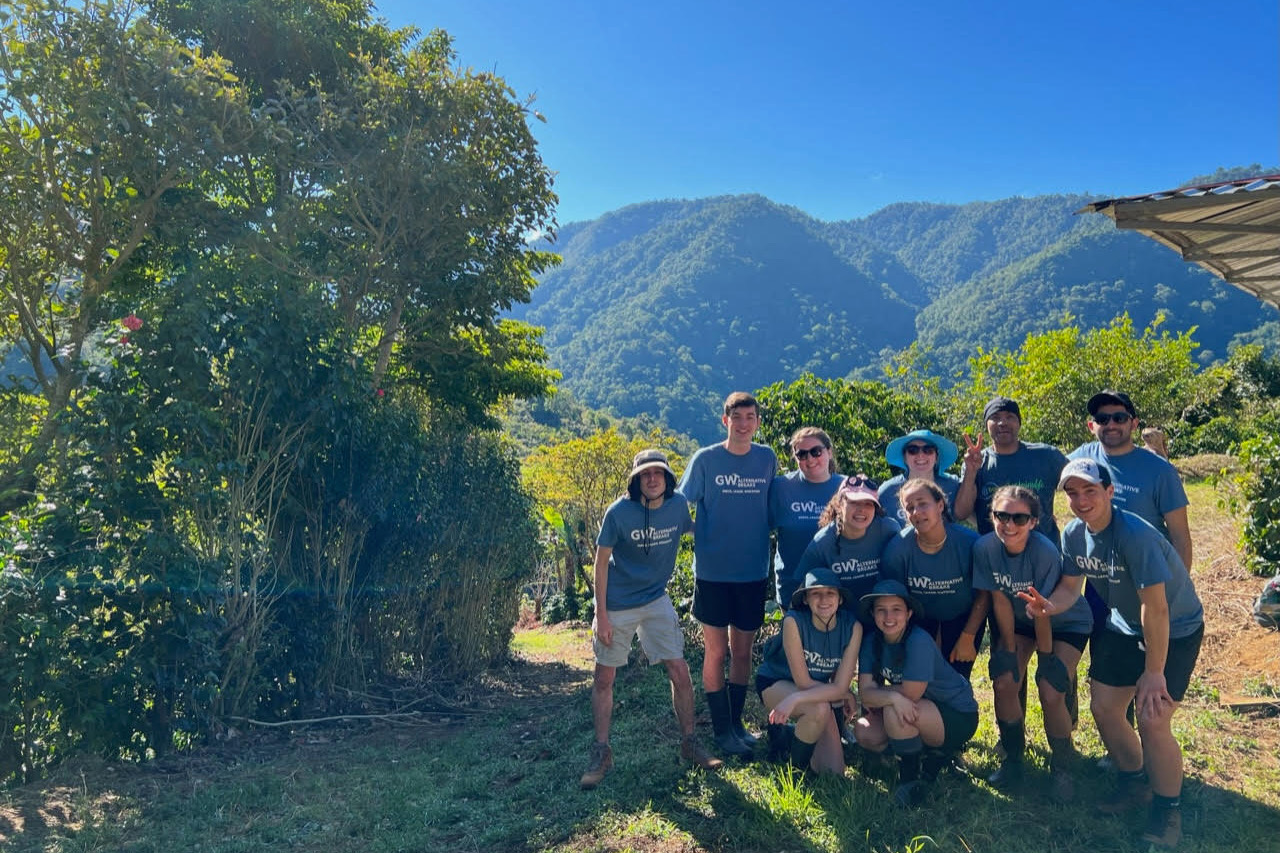