The GW vice president and secretary received a career recognition and honor.
September 27, 2022 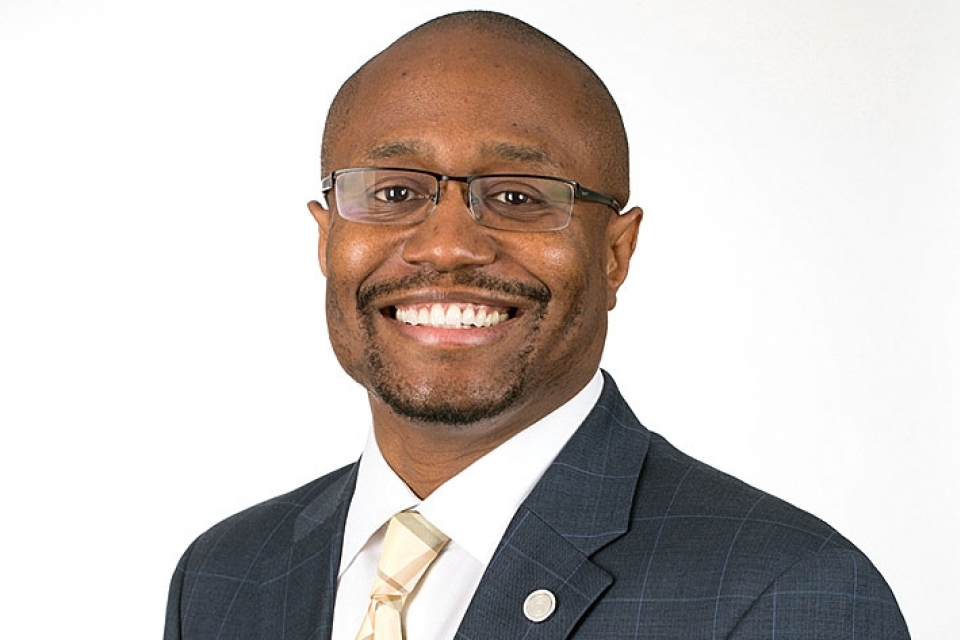 In recognition of his service and expertise in higher education and public administration, Aristide J. Collins Jr., vice president, chief of staff and secretary of the university at the George Washington University, was elected by the National Academy of Public Administration to its 2022 class of academy fellows.

Chartered by Congress to provide nonpartisan expert advice, the National Academy of Public Administration is an independent, nonprofit organization. It was established in 1967 to assist government leaders in building more effective, efficient, accountable and transparent organizations.

“It is quite an honor to be elected as a fellow of the National Academy of Public Administration,” said Collins, who has served as university vice president under the current and previous two GW presidents. “It is a humbling recognition, and I am happy to join the ranks of academy fellows that includes many GW colleagues who serve the university and our profession with great leadership and commitment. I want to thank two long time mentors President-emeritus Stephen Trachtenberg and professor Kathy Newcomer for their support.”

Terry Gerton, academy president and CEO, noted that the academy fellows “are nationally recognized and respected for their expertise in the field of public administration, and Aristide Collins is no exception.”

“Our George Washington University leaders are very talented individuals in many fields,” President Mark S. Wrighton said. “Aristide’s recognition as a National Academy of Public Administration fellow is a testament to his hard work and accomplishments. He is a key member of our leadership team.”

Collins returned to GW in 2010 after working at the university in late the 1990s. He currently serves as the chief of staff to the president and university secretary. In those roles, he is the  liaison between the university leadership and the Board of Trustees and has broad ranging responsibilities to facilitate and manage presidential and university initiatives, including executive searches, leadership transitions and organizational assessments. He also leads the offices of the Board of Trustees, Government and Community Relations and University Events and Venues. He has also led the last two GW presidential transitions.

Collins also served from 2014 to 2017 as GW’s vice president for development and alumni relations, providing strategic oversight and leadership of the public phase of the $1 billion Making History campaign, which, in 2017, exceeded its fundraising goal one year ahead of schedule and recorded the largest fundraising year in the history of the university.

His community work currently includes serving on the Association of Governing Boards Council of Board Professionals; the AgFed Credit Union Finance Committee; and the boards of directors of the Boris Lawrence Henson Foundation, the Elizabeth Dole Foundation and as the GW representative on the board of the Duke Ellington School of the Arts. He recently was elected to the board of trustees of King’s Academy in Madaba, Jordan.

Kathryn Newcomer, professor of public policy at GW’s Trachtenberg School of Public Policy and Administration, nominated Collins for the recognition. “Aristide has valuable leadership skills sorely needed in public service,” Newcomer said. “He is a great leader in part due to his amazing people skills, change management skills and crisis management skills. GW has been fortunate to have him for as long as we have to facilitate our presidential transitions.”

Induction of the new fellows will occur during the academy’s annual fall meeting from Nov. 2-4, which will take place virtually and in-person at three host sites—the academy headquarters in Washington, D.C., Carnegie Mellon University in Pittsburgh and the University of Connecticut in Hartford. The focus of the three-day event will be “Strengthening Social and Economic Development Through Meaningful Work.”