A School of Nursing assistant professor developed a free smartphone app to improve language nutrition in children under three.
March 5, 2018 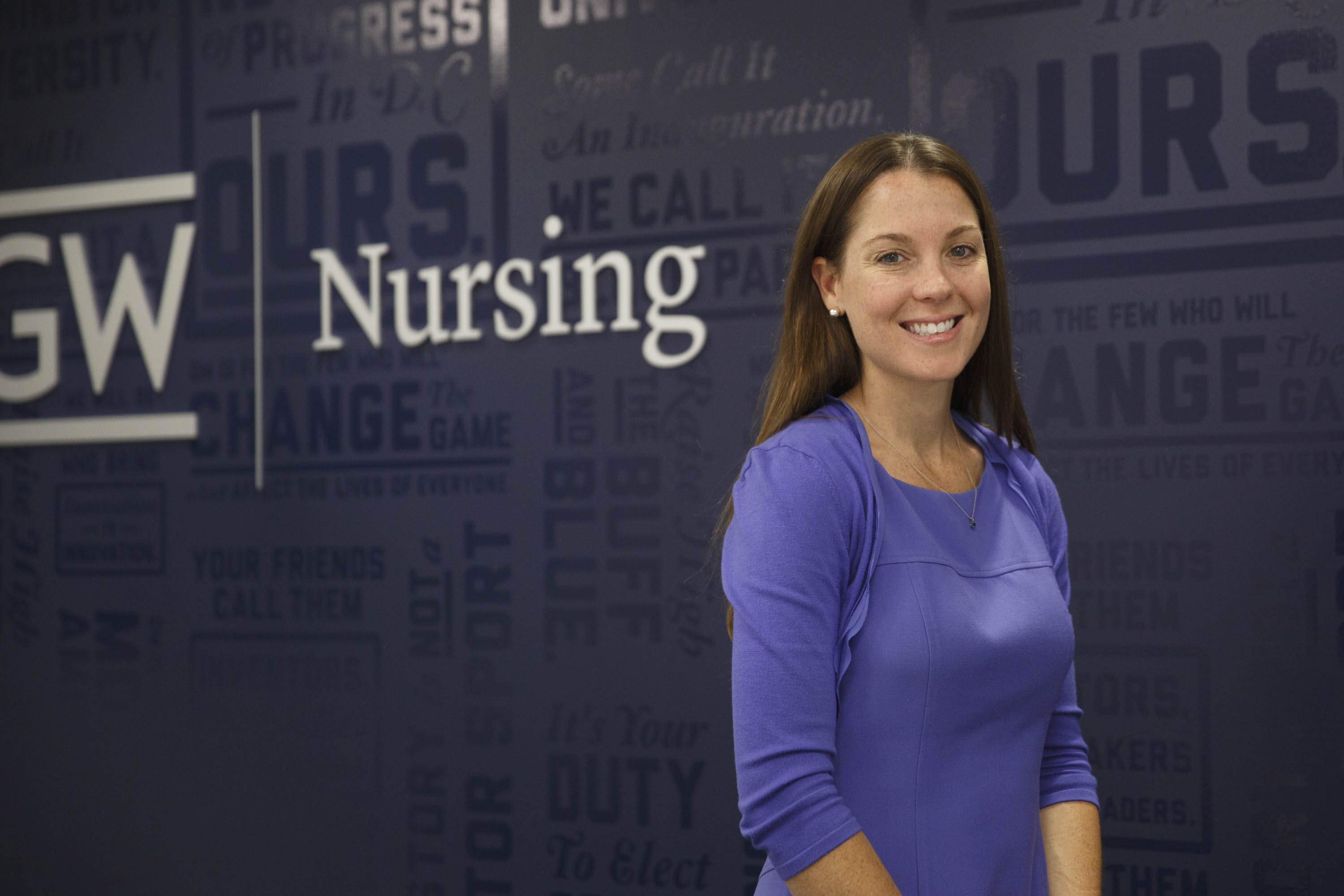 By the time low-income children turn four, their language skills lag behind their more affluent peers in ways that could impact them for the rest of their lives. Ashley Darcy-Mahoney, an assistant professor in the George Washington University School of Nursing, hopes to bridge the word gap among Hispanic families in particular with a new language development app.

The app, Háblame Bebé, shepherds adult users through developmental milestones starting at birth to age three. The app is designed to help parents track their child’s language skills, grow a community around cultural pride and foster interaction between children and adults.

Háblame Bebé is one of the few services that focuses on Spanish “Language Nutrition”TM in children, Dr. Darcy-Mahoney said.

“The goal of Háblame Bebé is to increase quantity and quality of words spoken to children, specifically Hispanic children,” she said. “The app is aimed at increasing word count among Hispanic children, and the reason for that is because we know that language skills at age three can be predictive of language skills at age 9 or 10. Research has shown substantial disparity in words, also known as the Word Gap, among children from different populations.”

Dr. Darcy-Mahoney is the director of infant research at the GW Autism and Neurodevelopmental Disorders Institute and is a neonatal nurse practitioner. She partnered with a similar English language program “Talk With Me Baby”  started in Georgia and now has developed this new app alongside Florida International University’s Dr. Melissa Baralt, Associate Professor of Applied Linguistics and Dr. Natalie Brito, a Developmental Psychologist at New York University.

The team developed Háblame Bebé through the Health Resources and Services Administration’s “Word Gap Challenge” in May 2017. As part of the multi-stage competition, the team won more than $110,000 which was used to build a final version of the app. The free app launched Monday and is available on iOS and  Android devices.

Parents who use the app are able to input their child’s age and get regular reminders about topics they could discuss with their children as their cognition matures. They can input the words their child is using and watch short educational videos that demonstrate different ways parents can interact with their children through singing and other language strategies.

Users can also share videos they record through the app straight to their social media feeds. This was a feature specifically requested by test groups in Miami, Dr. Darcy-Mahoney said. This feature helps the app build a community around language.

“It helps them build this sense of cultural pride,” Dr. Darcy-Mahoney said. “In our current climate, there are certainly some challenges for many families that speak Spanish so this helps to really make them excited and proud to use their home language.”

Studies have shown that by age four, children from low-income families have heard 30 million fewer words than their more privileged peers. Early exposure to words and the quality of verbal interactions between a parent and child can influence how young children develop language skills, their performance in school, and later in life, their economic success, according to HRSA.

“When you think about how to engage 18-to-35 year olds [the traditional definition of child bearing age], the way to do it is technology,” she said. “We are meeting people where they are. We know they are online and we know where they trust getting their information. So we aimed to become one of those trusted sources.”

The app will also help improve communication between parents and their health care providers. In the early years of a child’s life, families have frequent contact with pediatricians and pediatric, Dr. Darcy-Mahoney said. The app will help transition information parents learn in a the health care setting into the real world.

Nurses spend time teaching parents how to care for their newborn in the hospital after birth. They go over breastfeeding, sudden infant death syndrome and how to give a newborn a bath, Dr. Darcy-Mahoney said. That teaching time is typically limited, however, to only a few days. If the medical and nursing community can start engaging parents early on the importance of talking to their babies it could improve their learning abilities throughout childhood, Dr. Darcy-Mahoney said.

“Our goal is to teach the people that are really doing the day-to-day work of raising a child, which is often the parents,” she said.

Dr. Darcy-Mahoney and her team have been working on the app since March 2016 and are excited to finally launch their idea.

“We’re just eager to hear what people think,” she said. “Hopefully, it becomes this vibrant community and a movement aimed at ensuring that all kids have the best language nutrition they can receive throughout their lifetime.”

Dr. Darcy-Mahoney was named a Macy Faculty Scholar in June by the Josiah Macy Jr. Foundation, which is dedicated to improving education of health professionals. Dr. Darcy-Mahoney will receive $200,000 over two years to pursue a project that will address the roots of inequitable health care for children in poverty. 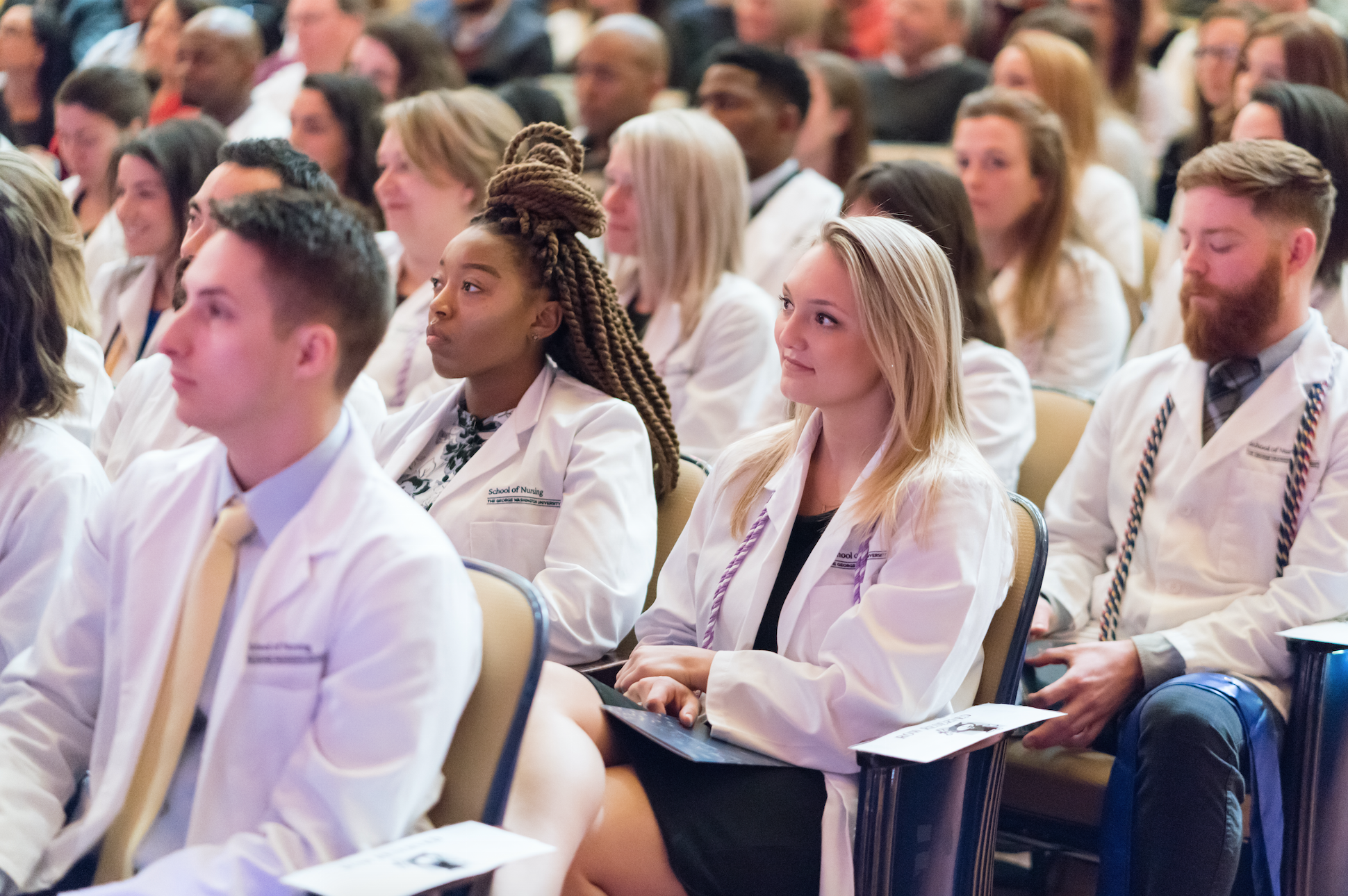