Alumni Entrepreneurs Credit GW with Helping Them Shape Their Paths

A panel of high-profile business leaders discussed their GW experiences and advice for aspiring entrepreneurs.
June 1, 2021 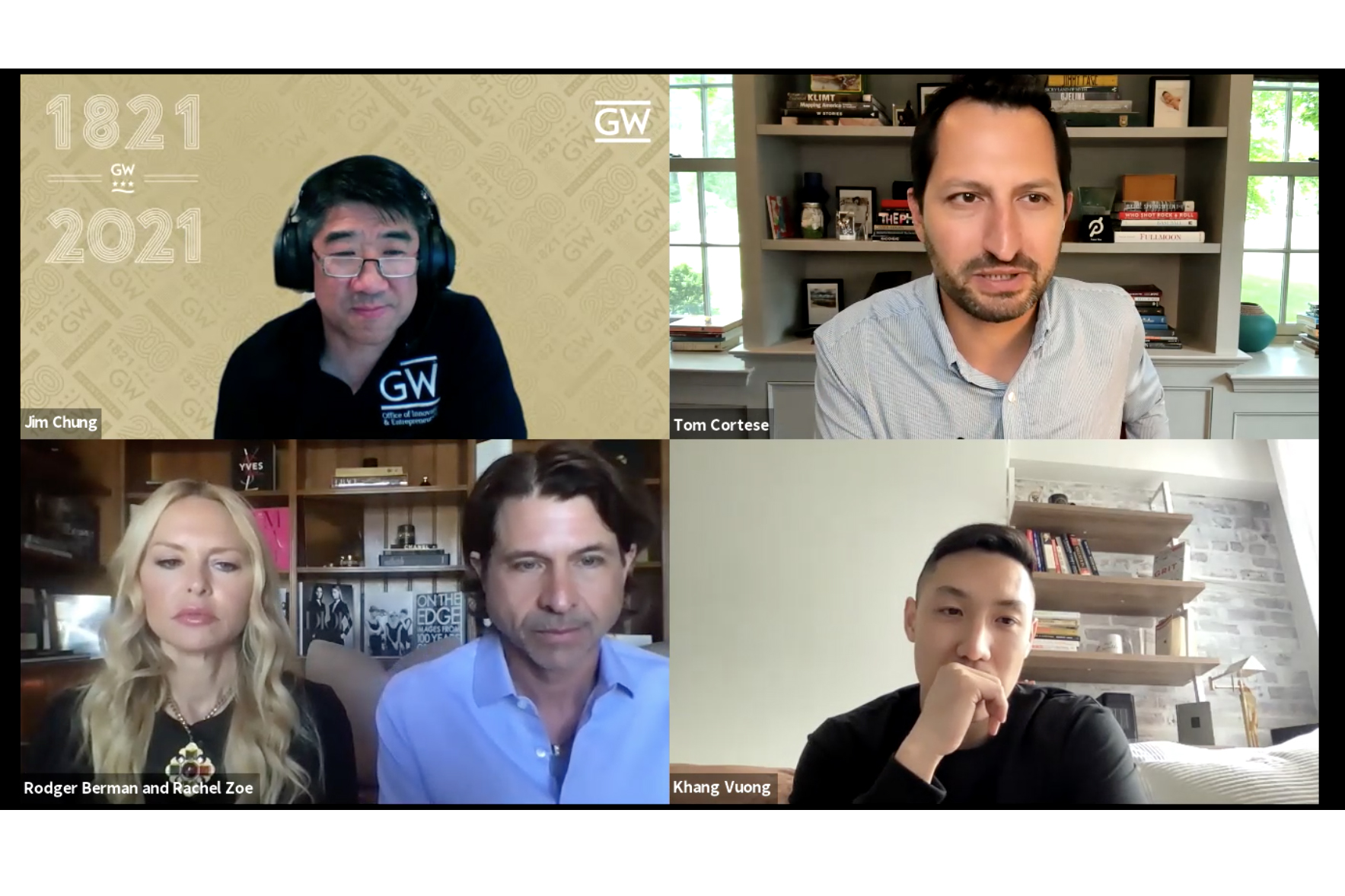 When Rachel Zoe was deciding where to go to college, she knew exactly what she wanted—and it wasn’t fashion school. She applied and was accepted early to the George Washington University.

“GW was my first choice—I was completely obsessed with going there,” said Ms. Zoe, B.A. ’93.

Given the career path she would eventually follow, first as a celebrity stylist and then as a fashion designer and lifestyle entrepreneur, a research university like GW might not seem like an obvious choice. But Ms. Zoe said her GW education in sociology and psychology actually helped shape her work as a stylist, which was as much about creating healthy and powerful self-images for her clients as it was about fashion. And the energy, independence and passion of the GW community and the endless possibilities opened by the university’s location made it “hands down” the right decision for her.

“I was very excited to experience the school, the city and to go there with big eyes wide open, like, ‘Okay, let's see what I fall in love with,’” Ms. Zoe told a Zoom audience on Monday during “Celebrating 200 Years: GW's Impact on Entrepreneurship,” a panel hosted by the GW Alumni Association and the GW Office of Innovation and Entrepreneurship. “I just had such an incredible experience there. Being a part of the George Washington world, you get to be independent but still part of something.”

Mr. Berman, who met Ms. Zoe at GW, agreed that the latitude and scope the university afforded him were enormously valuable to his career—although unlike Ms. Zoe, he knew early on what he wanted to focus on and already had decided on a business major by his first year. In fact, that early access to a business education was a major part of his decision to attend.

“One of the appeals to me at the time was I actually knew I wanted to be in business and make money,” he said. “So I thought, well, this is a school that is like, ‘Yep, we're right there for you, freshman year, let's start training.’ So that was an appeal for me.”

Mr. Cortese, too, said GW helped him make his own path and keep an open mind about where his ambitions might take him. Though he arrived thinking he would go into politics, the school’s “diverse offerings” steered him in a different direction academically.

“My story was showing up at GW maybe not necessarily knowing exactly what I was going to do and being at a university that was filled with a great deal of energy—this feeling of a university that was always building something,” he said. “That notion of being able to have a long leash and find my own way…is something that I think I left with and that propelled me through.”

Peloton, which offers a remote fitness community to users on at-home stationary bikes, has revolutionized the fitness industry. It emerged, Mr. Cortese said, from the incentive mismatch he saw in the big-box gym model between what customers want—equipment, resources, a community of friends and instructors who can help them achieve their fitness goals—and what the businesses want: for customers “to sign up in January and never come again, because that's how their business model works.”

Mr. Vuong, too, saw a mismatch between customer and business—this time in the field of health care. As an immigrant to the United States with few financial resources, he was astonished by the high price of health care, the way care became inaccessible without insurance and the opacity of costs. When a painful eye ailment started affecting his vision, he called a provider to see whether he could afford treatment. The provider told him he’d have to come in and consult before she could tell him what it would cost.

He got the treatment, but the $300 bill was more than he could afford. It went into collections, ballooned to over twice its original cost and took years to eventually pay back. The experience—combined with a frustrating period of self-employment during which he made too much money to qualify for Medicaid, but not enough to afford individual private insurance—made him eager to reform the health care space. That idea eventually led to Mira.

When it comes to advice for aspiring entrepreneurs, panelists said passion, vision and concrete action were key, as was the clarity to surround yourself with a team of people who have the strengths you don’t and the courage to take risks.

“Ideas are cheap; it's all about execution,” Mr. Cortese said. “If you know yourself and you understand who you are, what skills you have and especially which skills you don't have, go lean into it, and just go get it done.” 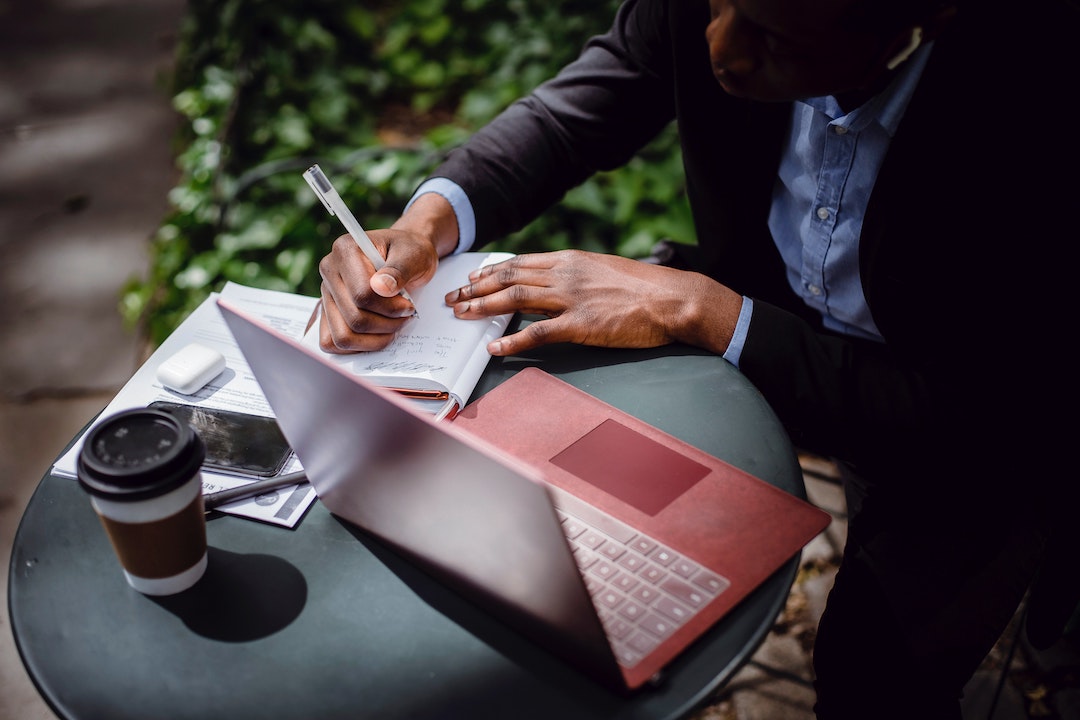