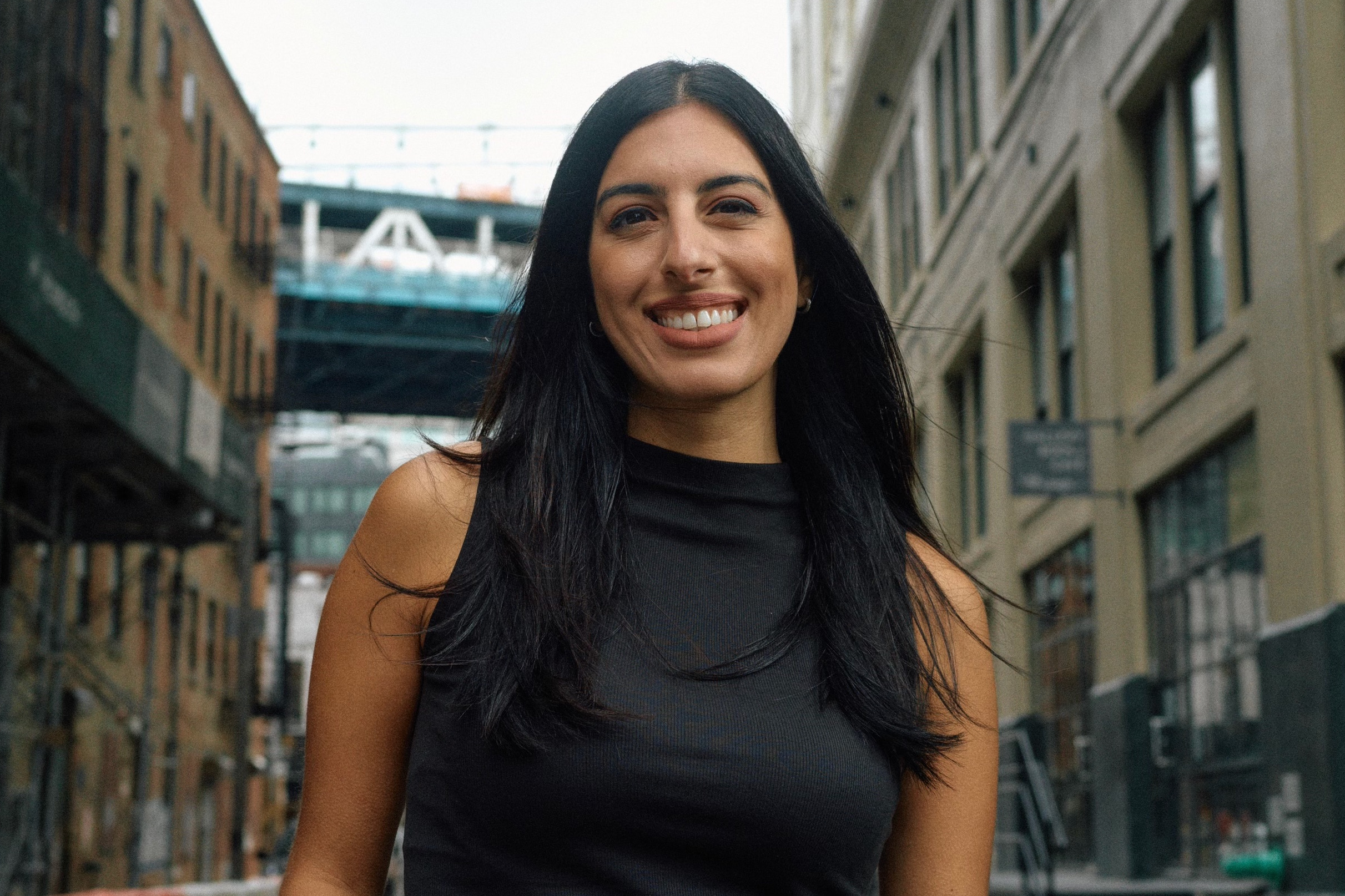 In 2010, Facebook was just four years old and—while it had 700 million users worldwide—nowhere near the behemoth it is today as there are nearly 3 billion accounts across the globe. Back then, teenagers flooded the relatively new platform with continued conversation from the school cafeteria or an angsty song lyric that represented their moods.

Therefore, it was rather ambitious for Christina Hawatmeh, B.A. ’10, to write a thesis suggesting Facebook—and social media in general—could soon have significant global impact. Especially since she was an undergraduate at George Washington University taking a graduate level course pertaining to Islamic social movements.

It turned out she was ahead of the curve.

After graduating from GW in international affairs and Middle East studies while concentrating in international development, Hawatmeh’s startup company, Scop.io, has used social media to become the first photography non-fungible token (NFT) marketplace and first founded by women.  Launched nine years ago, Scop.io—short for Scope it Out— has made a platform where up to 15,000 images are submitted daily and more than a million to date uploaded.

With more than 14,000 users in 190 countries who come to Scop.io every day to upload their work and get hired on their various creative skills. More than 25,000 businesses from the large corporations to the local mom and pop store, to the radio and tv stations download images from Scop.io and hire these artists for various projects including photography, and expanding into all visual creative work in 3D, illustration, NFT creation and more.

The idea blossomed from her time as a program officer for Columbia Global Centers in Amman, Jordan, during the height of the Arab Spring protests in the early 2010s. Not only did Hawatmeh take note of how youth movements galvanized on social media, but she also thought the images citizens shared on various platforms powerfully and properly told the story of the Middle East turmoil. But between the volume of posts and government censorship of online media, she noted those photos didn’t have much of a shelf life and started paying more attention to this while attending graduate school the following year at Columbia University.

“We would have these crazy things happening, and then the next day these images would disappear,” Hawatmeh said. “I felt like history was getting lost.”

She put her GW thesis to work and started brainstorming ways to save the images—and history. Hawatmeh created a hashtag search system that pulled images off Twitter, but she realized she couldn’t do much because she didn’t own the rights.

Enter Scop.io, which she co-founded with Nour Chamoun. The business model allows people to upload their images in three minutes or less, and Scop.io then obtains the rights for distribution. After that, Scop.io makes those images available for use and compensates the photographer in the process. Outlets using these images can then contact the artist for more work.

In the theme of staying ahead of the curve, this reimagined way to share stock photography not only preserved history but also laid the foundation for Scop.io to become a groundbreaking NFT marketplace. An NFT is a unique or irreplaceable asset—such as a digital photograph—that people buy or sell its ownership. As Hawatmeh put it, money that normally would sit in the middle of artist and buyer only goes to the intellectual property holder and whomever they want to share ownership with.

This makes the market more inclusive as everybody with a camera and front-row seat to societal significance can participate.

“I always felt like there was talent everywhere but that people were struggling to get seen or heard, and I wanted to create a place to bring them in,” said Hawatmeh, whose efforts with Scorp.io landed her and Chamoun on the Forbes 30 under 30 list for media in 2020.

"What I remember most about (Hawatmeh) is her dogged determination. In the graduate class, she wasn't afraid to put herself out there and generate discussion."

Determined not to let another Arab Spring opportunity slip through, Hawatmeh used Scop.io to collect images that helped tell the worldwide COVID-19 story. In fact, she and Chamoun just released a book called The Year Time Stopped: The Global Pandemic in Photos that shows how different parts of the world responded to the pandemic. The book also showcases other key global moments since 2020 such as environmental issues and the Black Lives Matter movement.

“With my GW framework, I wanted to make sure I wasn’t leaving a corner of the world behind,” said Hawatmeh, who recently spoke virtually to an Elliott School audience about the book.

That attitude stems from being a person of Middle East background growing up in Missouri post-9/11. With the terrorist attacks and subsequent U.S. invasions of Iraq and Afghanistan taking place during her teenage years, Hawatmeh felt like the narrative portrayed by the media and pop culture put the way people saw her into question.

She felt like it was her job to explain herself and culture in history classes while fighting stigmatization and advocating on behalf of others.

“Growing up in that pressure was a really big motivator to do something bigger than myself,” Hawatmeh said. “I’ve moved it from a painful experience to using my industry to show how much society can change if we try to help people understand things and what people are going through on a human level through images.”

Her ends for international development and human rights were clear, even if the means weren’t always. That’s why recently retired Professor of International Affairs and History Dina Khoury, who specialized in Middle East studies and taught the graduate class Hawatmeh took at GW, encouraged her thesis even when the impacts of social media weren’t as obvious as they are today.

“What I remember most about her is her dogged determination,” said Khoury, whose role in the thesis was pointing Hawatmeh toward the right sources and helping her frame questions. “Social media was just new at that time, and it’s not that I knew much about it either, but I got educated in the process.

“In the graduate class, she wasn’t afraid to put herself out there and generate discussion.”

Over a decade leader, Hawatmeh continues to do just that. She was out front in realizing how social media would soon make cultural awareness even more important as it connected the world at a torrid pace, and she capitalized by building an inclusive global community.

Hawatmeh always had ambitions of making a difference but never quite knew how to make the biggest impact. It turns out she was just waiting on the right source.