GW’s storied dance program caps the semester with its annual concert. Plus the Corcoran faculty recital, Patti Smith at Sixth & I, a pop-up punk rock flea market and more. 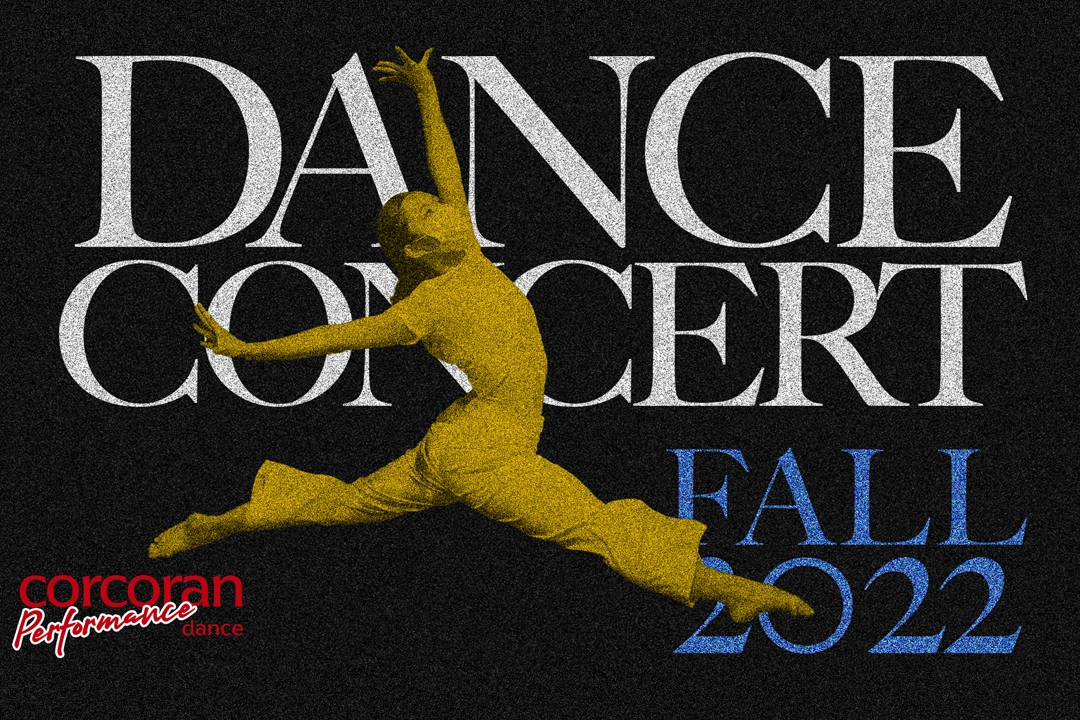 Less than two weeks are left to catch this exhibition by Yayoi Kusama, whose intensely visual immersive exhibitions laid the groundwork for much of today’s Insta-friendly art. This exhibition of five works from the Hirshhorn’s permanent collection includes two of her “Infinity Mirror Rooms.”

The District’s newest museum opened Oct. 29 in the former building of Randall Junior High School, a historically Black public school in Southwest D.C. that ceased operations in 1978. This ambitious exhibition features art inspired by the eponymous Marvin Gaye track and is headlined by iconic work from Keith Haring.

The prestigious local arts mainstay returns to the Corcoran School of the Arts and Design for its 20th anniversary with this exhibition featuring 100 artworks from major and emerging artists. Curatorial walkthroughs, performances, artist talks and other special programming will be scheduled throughout the run.

GW alumna Angel Jones is an educator, activist and critical race scholar who uses creative methods like hip hop and poetry to center the voices and experiences of the Black community. Her research explores the impact of racism on mental health. She’ll discuss her book, “Street Scholar,” a challenge and promise to academia about the necessity of public engagement.

In the final showcase of the GW music program’s semester-capping festival, faculty instrumentalists and vocalists will perform work by Schubert, Chopin, Nina Simone and more.

Open to all students, this new weekly event series aims to bring people together over a meal and facilitated discussion for an honest, thoughtful exploration of contemporary social issues.

During his quarter-century as curator of the Smithsonian National Museum of American History, Pete Daniel found himself dealing with demanding donors and compliant administrators who tried to force self-congratulatory exhibitions on a museum dealing with a complicated, not purely celebratory history. He’ll discuss the ways he tried to defend the museum’s standards and integrity while preparing exhibitions on challenging topics like America’s racist past and the promotion of toxic chemicals for agricultural use.

[email protected], the Puerto Rican Student Association at GW and Boricuas Unidos en la Diáspora host this conversation with the current leader and Secretary General of the Puerto Rican Independence Party. In the 2024 election cycle, Juan Dalmau could lead a political alliance that may launch him to the governorship, becoming the first pro-independence and leftist head of state in the history of Puerto Rico. The event will be followed by a networking reception from 7:30 to 8:30 p.m.

In 2018, writer and performer Patti Smith posted her first Instagram photo. Known for shooting with a film camera, Smith started posting images from her phone: portraits of her kids, her radiator, her boots, her cat. In her newest book, the National Book Award winner and Rock and Roll Hall of Fame inductee collected over 365 photos taking readers through a year in the life, which she’ll discuss at this concert-slash-conversation.

The GW Philosophy Department’s 2022 Sophia Endowed Lecture features K. Bailey Thomas, postdoctoral fellow in the Dartmouth College Department of Philosophy. They’ll discuss their work, which includes a focus on the politics and ethics of Black American frameworks of care and caring.

Misty Copeland made history as the first African American principal ballerina at American Ballet Theatre. Supporting Copeland’s rise was her mentor, the late Raven Wilkinson, who was virtually alone in her quest to breach the all-white ballet world when she fought to be taken seriously as a Black ballerina in the 1950s and ’60s. Copeland’s new book, “The Wind at My Back,” tells the story of two unapologetically Black ballerinas and how their friendship changed each other and the dance world forever. She’ll discuss the importance of mentorship, of shared artistic heritage and of respecting the past to ensure a stronger future with Julie Kent, artistic director of The Washington Ballet.

It’s more than safety pins and dog collars. Cool old and new stuff of all varieties is available at this local indie institution.

Take a nap. You’ve earned it.